A measure to put St. Louis police back under state control could be added as last-minute amendment. 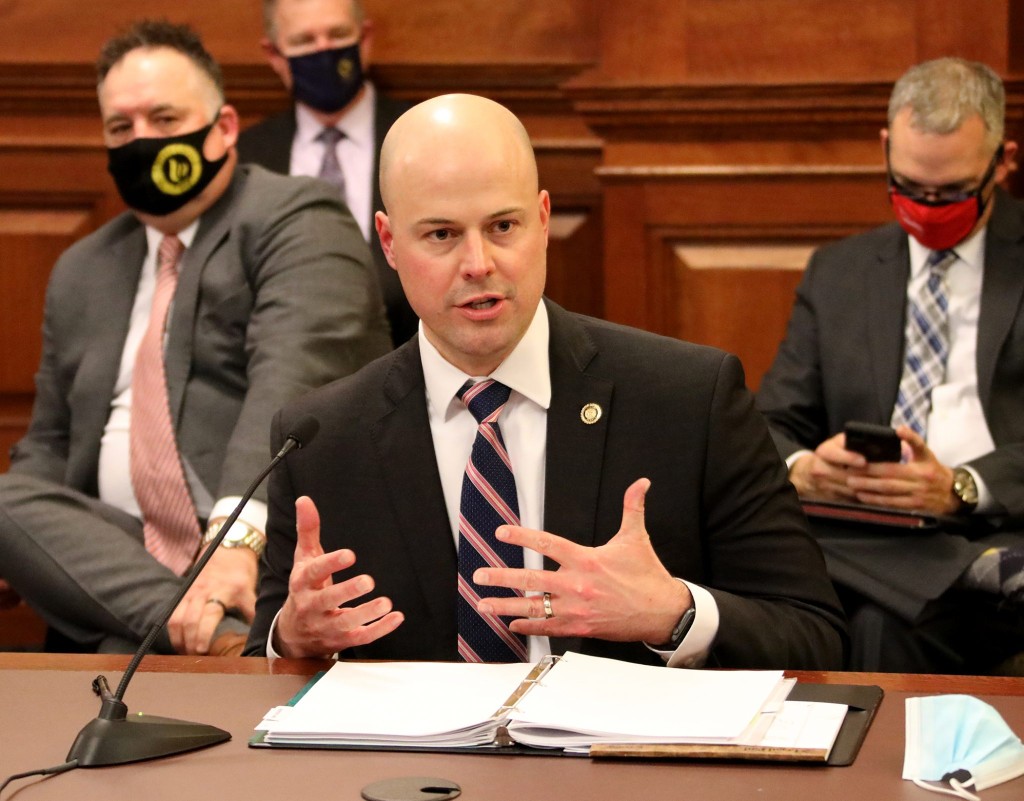 Sen. Tony Luetkemeyer, R-Parkville, introduced a bill increasing how much funding Kansas City must devote to its police in response to moves made last year by the mayor and city council. // Courtesy of Missouri Senate Communications

GOP-backed legislation filed this year would increase the portion of Kansas City’s budget it must devote to its police department. Another bill would take control of the St. Louis police away from local officials and return it to a state-run board.

The Kansas City proposal is on the precipice of heading to the governor’s desk, with both the House and Senate passing different versions this year.

Monday afternoon, a Senate committee voted to send the House version to the full Senate for debate. And the Senate’s version of the bill is eligible for a vote at any time in the House.

The St. Louis local control bill hasn’t fared as well, but its proponents vow to try to attach it to the Kansas City bill before it gets final approval.

With the legislature set to adjourn for the year at 6 p.m. Friday, time is running short for both proposals.

“At a time when law enforcement is under siege on our streets and radical city councils around the country are defunding the police, it’s time for the legislature to act,” said Sen. Tony Luetkemeyer, R- Parkville, in a March press release.

Senate Minority Leader John Rizzo, D-Independence, noted during debate on the bill in March that Kansas City is the only city in the state where the local elected officials, by law, have almost no authority in how the police department’s budget is spent. A board of commissioners appointed by the governor makes those decisions.

And no other city, Rizzo said, is required by law to spend a certain percentage of their general revenue funds on police. 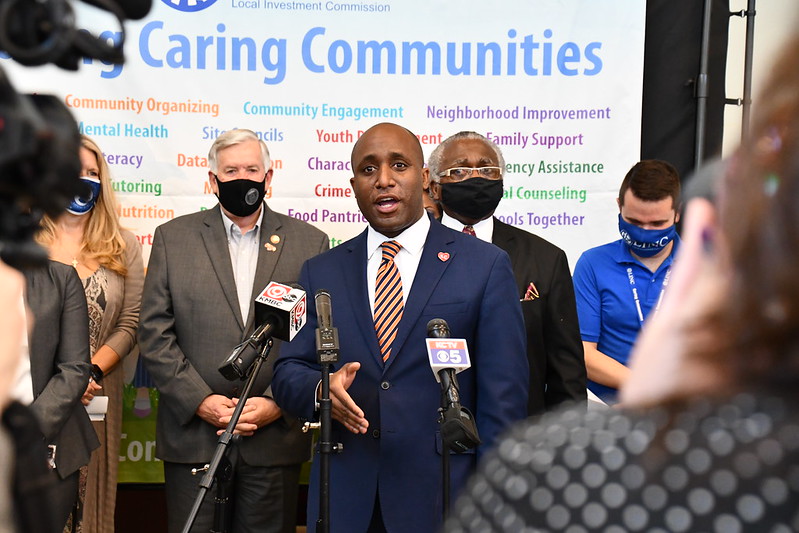 Last year, Kansas City Mayor Quinton Lucas and some city council members attempted to designate $42 million within the police budget for things like community engagement and intervention – but a judge ruled they didn’t have that authority.

The move generated outrage among Republicans, inspiring Luetkemeyer’s legislation that would  raise the portion of Kansas City’s budget that must be devoted to the police department from 20% to 25% – a $65.2 million increase. He says the change will prevent potential future attempts by the council to “defund the police.”

Lucas, however, said it’s not the council who have repeatedly “defunded” police salaries – it’s the board of commissioners. Kansas City already allocates about a third of its budget to the police annually, he said.

“Despite budget increases year after year from the city of Kansas City,” Lucas said during a January Senate committee hearing, “civilian leadership of the police department has consistently failed our officers, their families and the people of Kansas City by declining for a period of three years to provide for salary increases by neglecting to hire a sufficient number of officers to patrol Kansas City.”

Republicans have also claimed St. Louis elected officials have attempted to defund the police, leading to a proposed bill to put the city’s department back under state control.

A 2012 ballot measure approved by voters gave St. Louis control of its police department for the first time in 152 years. Previously, the department was governed by a state board just like Kansas City.

House Rep. Shane Roden, R-Cedar Hill, says he plans on offering an amendment to Luetkemeyer’s bill that would put St. Louis back under state control. Roden, who represents a district that’s about 40 minutes west of St. Louis, has introduced similar legislation in the past.

“Since we’ve moved to local control, it’s gotten worse,” he said regarding crime in the city, “and there doesn’t seem to be any foreseeable hope in the future.”

St. Louis Mayor Tishaura Jones has pointed to a 25% drop in homicides in the city since last year and argued part of the reason was her administration’s move away from the “old arrest and incarcerate model” and more towards prevention. That means hiring social workers and clinicians who can handle 911 calls that deal with mental illness and drug addiction.

“When I talk about addressing the root causes of crime, I am talking about supporting families and communities that have suffered disinvestment for decades under the failed status quo,” Jones told the Independent last month.

Put it to the voters

A signature by the governor would not be the end of the road for the legislation.

Under current law, the Missouri legislature cannot require a city to increase an activity or service beyond that mandated by existing law, unless a state appropriation is made to pay the city for any increased costs.

So Luetkemeyer has proposed a constitutional amendment that, if approved by the voters in November, would provide an exception for the Kansas City Police. The measure is eligible for a vote at any time in the House.

When Luetkemeyer first introduced the bill, he proposed that the city include all revenue when calculating 25%, which would have been $1.5 billion – doubling the police budget from $200 million to $400 million.

However, Lucas said that proposal would’ve included pots of money that the city can’t touch, such as for the Kansas City International Airport, water services, special taxes for the fire department of Kansas City and road infrastructure approved by voter-approved propositions.

During the March Senate floor debate, Washington wept as she spoke about stories of police violence in her community. She said that’s the reason why she doesn’t want to see the police budget double.

“We need to look at hiring people who not only look like me,” Washington said, “but at least a training program so that someone who shoots someone in the back today is not still on the force several months later to throw an 18-year-old little girl who’s eight-and-a-half-months pregnant to the ground.”

She was speaking of former Kansas City Det. Eric DeValkenaere, who was convicted in November of second-degree involuntary manslaughter and armed criminal action in the Dec. 3, 2019, shooting death of Cameron Lamb – as well as other instances of police misconduct.

The city’s allocation for lawsuit settlements went from $2.3 million to $5.8 million, she said.

After her impassioned plea, the Senate approved Washington’s amendment to maintain the current definition of general revenue – striking the most far-reaching aspect of Luetkemeyer’s bill.

Mallory Rusch, executive director of the advocacy group Empower Missouri, was among those who testified against both measures for Kansas City and St. Louis.

“The city was hoping to try a different tactic to really work to do crime prevention, through addressing poverty,” Rusch said during a March House committee hearing. “It’s really dangerous, I think, for us to say that just because a group of local legislators came in and said, ‘Hey, let’s try to address crime in a different way,’ that that means there was necessarily some level of animosity towards the police.”