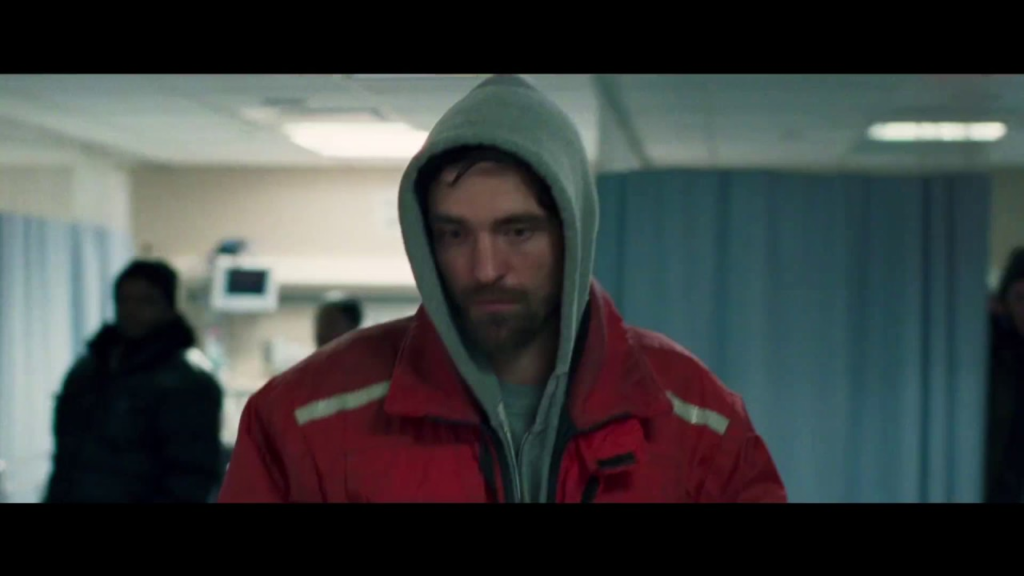 About 10 years ago, when The Sopranos was ending its six-season run on HBO, my dad told me something that has stuck with me ever since. Explaining why he had stopped watching the show well before its conclusion, he said, “I can’t find one single character on that show to give a shit about!”

Set against the gritty backdrop of Queens, New York, the newest film from indie directors Josh and Ben Safdie profiles a quick-on-his-feet criminal named Costantine “Connie” Nikas (Robert Pattinson), who has convinced himself that he’s doing the right thing by his mentally impaired brother. He breaks into the office of his brother’s therapist and physically drags out the confused and overwhelmed Nick Nikas (Ben Safdie). He and Nick then rob a bank in broad daylight. The arrow on Connie’s moral compass isn’t misaligned. It has snapped clean off.

I’ve seen Good Time called a caper film, but using that term to describe the movie is a mistake on two counts — it sells the film short, but it also gives audiences the wrong idea of what to expect. The Steven Soderbergh remake of Ocean’s Eleven is a caper. It’s light and fun, and it goes down easy, and it’s populated by smart and handsome people capable of doing clever things.

Connie? He is no Danny Ocean.

Good Time, in fact, conjures tragic Lenny and George more than it suggests breezy Butch and Sundance. With lots of close-up, hand-held camerawork, the Safdies’ film follows Connie through one breathless night of wrong turns, rash decisions and poor choices. It has a brisk pace, but it goes to dark places and is often hard to watch. Good Time lives up to its title, but only because it thwarts expectations. Sure, it has a kind of kinetic energy, but the film is actually a disturbing character study, illuminated through almost-constant conflict.

With edgy turns in two David Cronenberg movies as well as 2014’s underrated The Rover, and The Lost City of Z, Pattinson has been doing his best to distance himself from the Twilight movies that launched his career as a leading man nine years ago. With Good Time, let’s call that mission accomplished. He anchors the film with confidence, lending Connie a very lived-in quality despite working with an almost complete lack of backstory. He seethes with rage, and we can see he gives nary a thought to consequences.

With its New York setting, grimy color palette and pulsing electronic score (by Daniel Lopatin, working under the moniker Oneohtrix Point Never), the Safdies give Good Time a retro, John Carpenter vibe. (The opening credit sequence even sports a ’70s-style logo with a copyright symbol.) As Carpenter did with Assault on Precinct 13, the directors revel in the desperate situations they’ve devised for their characters. More than just taking the baton, though, they’ve also upped the ante, pushing each situation to an absurd level. In one sequence, Connie is hiding out in a grandmother’s apartment. Several levels of mounting, bad craziness culminate in a twist that is revealed in an almost offhand manner, as if it weren’t important at all. Not for the first time this ride, you’ll wonder: Did that just happen?

Along the way, the Safdies also point out some depressingly hard truths about ingrained racism. Because Connie engages in some truly deplorable behavior, the film can at times feel mean-spirited, but these cringe-inducing moments aren’t preachy — they are subtle and built into the plot. In fact, they are presented so bluntly that they barely have time to register before we’re pushed into the next scene. The same approach is taken toward mental illness, another touchy topic used here in the service of an action-thriller. Should the Safdies’ choices be met with the usual hand-wringing? I don’t think so — Good Time is simply showing us things we’re not used to seeing, things meant to cause discomfort.

Good Time is experiential in the way that Dunkirk is, but it’s also confrontational and abrasive, with zero trace of heroism. The audience is with Connie every step of the way, seeing through his eyes a quest to “liberate” his brother — one that turns him into a one-man wrecking crew. But “with” in this case doesn’t mean we’re on Connie’s side, or that anyone should be. Which makes Good Time a punishing prospect for my dad and plenty of other people. But it’s also thrillingly alive, both hard to look at but impossible to turn away from.