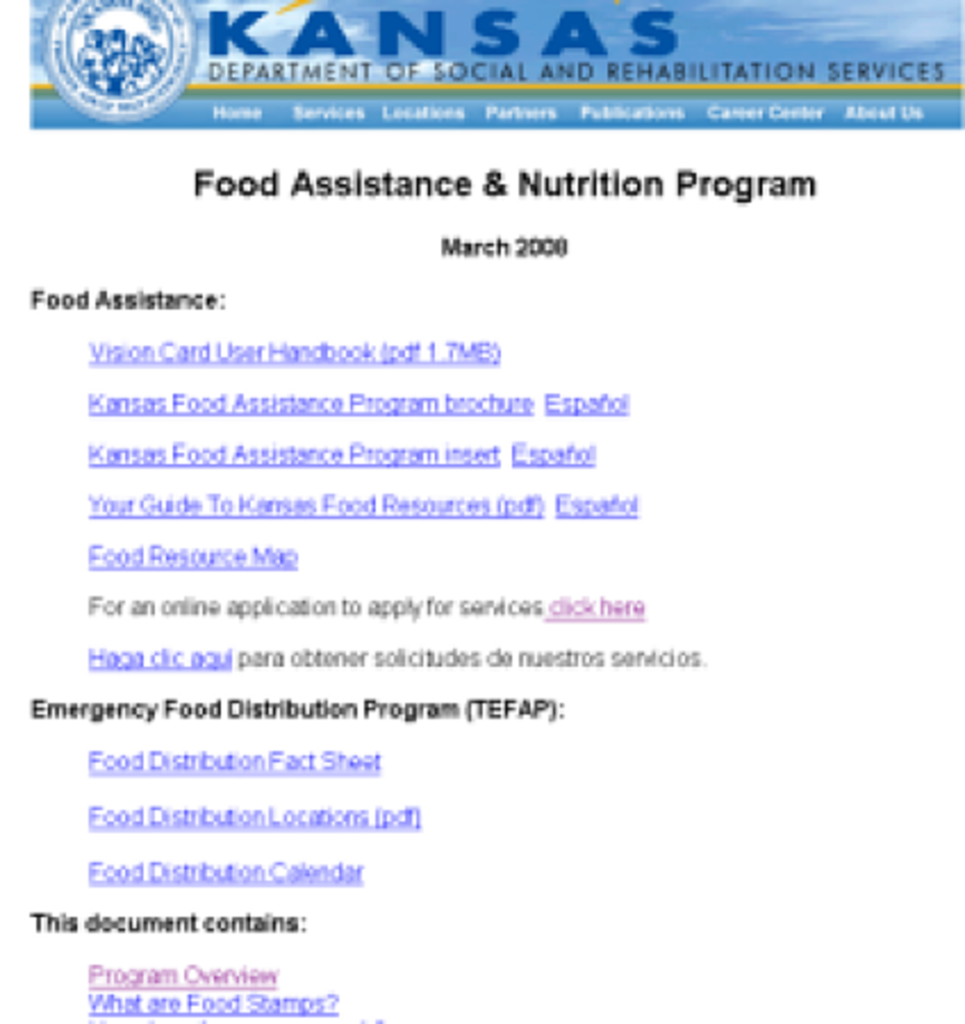 The U.S. Department of Agriculture’s annual report (PDF here) on food stamp enrollment puts Missouri at No. 1 in the nation, with close to 100 percent of those eligible for assistance receiving government aid. Kansas? Not so hot. At 57 percent, it’s doing just 10 percent better than the estimated lowest-rated states in the country. The report singles out Kansas (along with Colorado, Wyoming, California and Nevada) as having “significantly lower rates than two-thirds” of the rest of the states. (The report’s findings use 2007 data.)

The USDA’s undersecretary for Food, Nutrition and Consumer Services, Kevin Concannon, scolded state administrators in a letter dated November 20. The Associated Press quotes Concannon as writing that some states run their food stamp programs in a way that’s “problematic and [has] resulted in a more complex and difficult enrollment process.”

Maybe he was looking at the Web site for the Kansas Department of Social and Rehabilitation Services, which oversees the state’s food stamp program. The Kansas site’s not exactly user-friendly.

And if you’re hungry, it’s probably even harder to figure out where on this page to look for the food stamps paperwork.

Eventually, the Kansas site gives up the gold: an application form for a Vision card (a debit card funded with the user’s food stamp allowance). The good news is that you can submit it electronically. The bad news: Steel yourself for a series of links and pop-up windows full of not very user-friendly instructions. The Web site says to allow 30-45 minutes to complete the application.

See how easy Missouri makes it after the jump.