Gone 11 years, Kristie Stremel and the original lineup of the meteoric ’90s band Exit 159 are returning to Earth 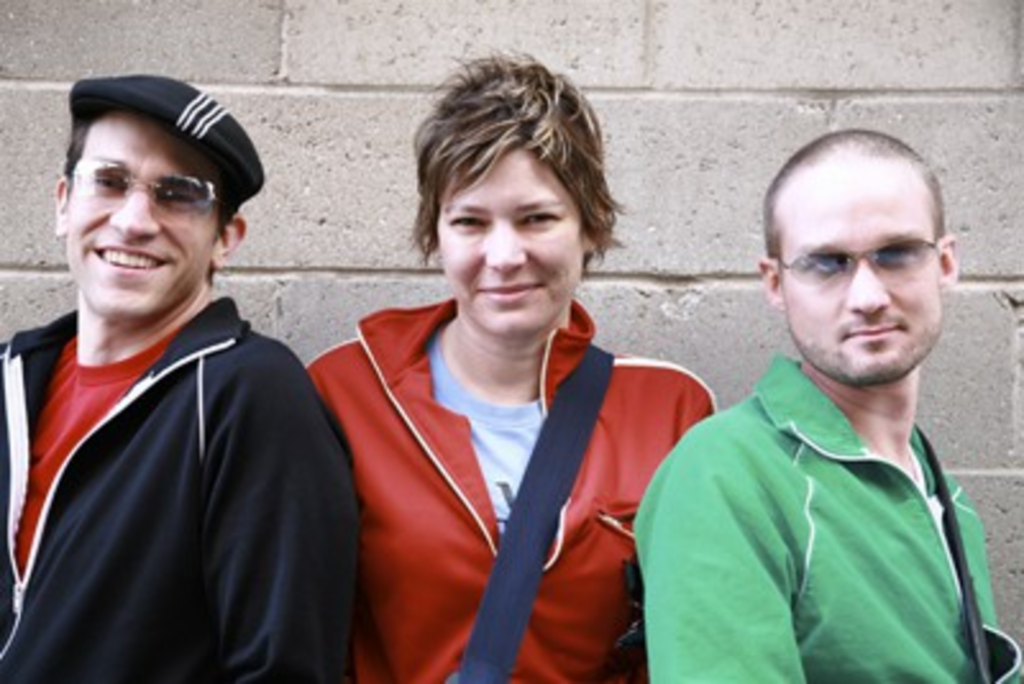 The original members of Exit 159 sit facing one another at a studio in Kansas City’s Crossroads District, their instruments 6 feet away. They’ve been joined by their old tour manager, Aaron Weber. They’re smiling.

“The first rehearsal was a huge relief,” bandleader Kristie Stremel says. “Everyone still knew the songs!”

This is the third rehearsal for the band’s two reunion shows. It has been 10 years since the band broke up and almost 11 since the original lineup played together live. There’s plenty of room for tension, but that’s not what’s in the air.

“Everyone’s at the best place of their life,” drummer Rob VanBiber says.

Band members were in their early 20s when Exit 159 had its big run, but they look happier and healthier than ever.

Those old days moved at breakneck speed. Stremel left Frogpond in the spring of 1997, and, within a few days, VanBiber made a point of running into her at Music Go Round while purchasing drumsticks. They got to talking about their mutual love of “uncool” music (Bon Jovi, Def Leppard) and almost immediately began playing together. Rob’s old friend Jamey Wheeler would soon come home from Kirksville for the summer; with Wheeler on bass, they jelled into a real band.

Named after the exit to Stremel’s hometown in Hays, Kansas, and in reference to the band’s roots in nowheresville, Exit 159 debuted in the fall of ’97. The group played four shows in two weeks — first at Davey’s Uptown Ramblers Club and then in Lawrence, Manhattan and Columbia — and released its debut EP, Lost on Earth.

Though its influences shone through — “Drama Queen” might call to mind Joan Jett, while “Cigarette Kiss” suggested a playful take on the Velvet Underground — Exit 159 had its own sound. Other songs displayed a singular power-pop synthesis.

In some ways, the 159ers were all experts in uncool music. It was jam bands for Wheeler, metal for VanBiber, and country and pop radio for Stremel — music they genuinely loved. The group found itself part of an underground movement: bands that were busy making the unhip hip. Locally, the core of this pop-rock movement tended to come from outside of midtown.

“Almost every band had a member from Independence,” Weber points out.

Weber recalls the high hopes that drove these bands. “Outhouse had just signed, and it didn’t seem like a matter of who was going to get signed next, just a matter of when,” he says. “There was Ultimate Fakebook, Creature Comforts, Glitter Kicks, all bands that were real supportive of each other. House of Large Sizes was a part of that, too…. We all helped each other out.”

After winning several local contests in ’98 and ’99, Exit toured with Better Than Ezra and Sister 7, playing to packed houses in such places as Boulder, Colorado, and Los Angeles.

“It was absolute craziness,” Stremel says, “Traveling around the country in a van before cell phones, driving through snowstorms.”

Wheeler had his own songwriting ambitions and left the band in the spring of ’98.  He was replaced by Byron Huhmann, formerly of TV Fifty, and the band soon released a full-length album, A Song for Every Mood.

Throughout its two-year run, Exit 159 found regular rotation on local radio, drew growing crowds and had one of its songs (“I Like You”) chosen for a promotional spot for Corona beer. They added Tawni Freeland, who fronted the Glitter Kicks, as a second guitarist and backing singer. Her harmony helped make “Never Again” one of the strongest cuts the band released.

But too many hours on the road and tension among Huhmann, Freeland and Stremel put strain on an ever-weakening core. Not long after Kansas City’s bygone Spirit Festival in 1999, Exit disbanded. It happened shortly before the band’s last scheduled Hurricane gig, which Stremel played — by herself.

Fast-forward: Last summer, KRBZ 96.5 played several of Exit 159’s songs on a remember-the-’90s segment, and Exit’s original members began calling one another. At first, they laughed it off; then the inevitable what-if questions began.

“I didn’t know if they still hated me,” Stremel recalls.

VanBiber is philosophical about it. “I’ve done a lot of thinking about what rock and roll means,” he says. “I took courses, like a history of pop, rock and jazz at Mizzou, in which it was defined as a confrontation with reality or as a music of freedom. But, for me, rock and roll is a music of friendship — to play it properly, you need friends to play with.”

That spirit of friendship is in the air at this rehearsal. They start with “Okay,” a song that has new resonance today as Stremel sings, Even now I know it’ll be okay with you.

VanBiber’s eyes are all but closed as he drums, a beatific smile across his face. Wheeler watches Stremel as he plays his vibrant bass lines and serves up second vocals. About five songs in, on “Mind Over You,” the band surges into a crescendo of passionate vocals, explosive fills and broiling bass. Then, with “You Don’t Know,” Exit shows its more delicate side.

The moment makes concrete something Stremel had said earlier: “Exit is young love. As we’ve been digging up stuff, it’s been real emotional.  Like digging through pictures of your ex.

“A lot of stuff’s healed since then,” Stremel continues. “It was dangerous, fun, magical and sad. It’s been real helpful to go back and look at that time. We’ve all changed so much. I want to see what our writing process would be now.”

After Exit 159’s early all-ages shows on Friday at the Record Bar and Saturday at the Replay, a new generation of fans will likely want to know that very same thing.