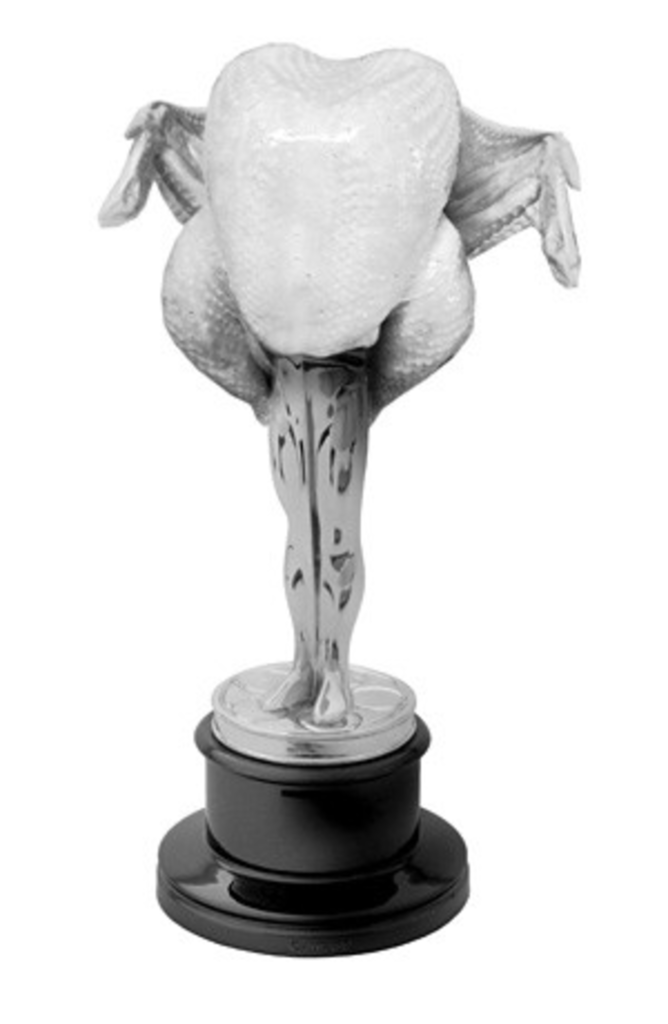 In honor of Thanksgiving, we bring you some of 2007’s top turkeys: Folks who — either by fate or their own dumb actions — have earned our scorn, pity or both this year.

Britney Spears: This one’s way too easy, but Spears has had a spectacularly bad year: the head shaving, the booze-and-drugs gobbling, the battling with Kevin Federline in court, the umbrella attack on a car, the alleged bad parenting, the rehab stints, the stunningly lackadaisical VMA performance, the laughably awful “naughty” video for “Gimme More.” And then there was the indignity of having a No. 1 album snatched away at the last minute when Billboard decided to change the rules and allow that horrendous new disc by the Eagles, available only at Wal-Mart, to claim the top spot. Perhaps only Sen. Larry Craig and that astronaut woman had worse years.

Clive Davis: So what if you’re the executive emeritus of the music industry? Feuding with one of “your” biggest stars, Kelly Clarkson, because “Miss Independent” had the chutzpah to — gasp! — pen her own songs and take artistic control over her career, as opposed to bringing in the army of writers and producers and “hitmakers” you insisted upon? That’s just bad form. Just because Clarkson won American Idol doesn’t mean she has to be your prefab sprout her whole career. Go resurrect Carlos Santana for the 18th time and leave her alone.

Bono: OK, so St. Bono is the new Mother Theresa (and, apparently, believes in Jesus more than she did). But how lame is it when he runs around demanding more tax dollars to aid the world’s poor, and then word comes that U2 moved its music-publishing company from Ireland to the Netherlands, the trendy new tax-shelter country, to avoid levies on its own disgustingly massive income? And, by the way, after seeing Bono in the new Joe Strummer documentary The Future Is Unwritten say (yet again), “There would have been no U2 without the Clash,” makes us want to go Terminator, travel back in time and kill the 14-year-old Strummer. Nothing personal, Joe. Rest in peace.

Amy Winehouse: Nobody in America knows or cares who Pete Doherty is, so why would you want to be the female version of him and go on a permanent bender? Based on Winehouse’s suspect talent, people watch her like they watch those huge sugar sculptures being constructed on the Food Network — they only wanna see if they’ll topple over and fall apart.

Eddie Van Halen: Who knew that happy-go-lucky bassist Michael Anthony was the big problem in Van Halen, not David Lee Roth? OK, maybe not, but Anthony’s fraternizing with the enemy — Sammy “Red Rocker” Hagar, who must’ve gotten on Eddie’s bad side by refusing to ship him a few cases of his tequila — earned him a snub for VH’s reunion tour. Even worse, he got replaced by Eddie’s 15-year-old son, Wolfgang, who’d only been playing bass for three months or so. Why not shitcan your brother, too, and bring in the kid from Hanson? No Jack Daniel’s bass, no Van Halen!

The Police: The first concert by the reunited Police was “unbelievably lame,” and that wasn’t a rock critic’s take — it was Police drummer Stewart Copeland’s. On his Web site, he went into great detail about how shitty the band played at the tour kickoff in Vancouver, British Columbia, then flippantly concluded, “Funny thing is, we are enjoying ourselves anyway. Screw it, it’s only music. What are you gonna do?” Of course you’re enjoying yourselves — you’re raking in the GDP of a small country after every gig! Asshole.