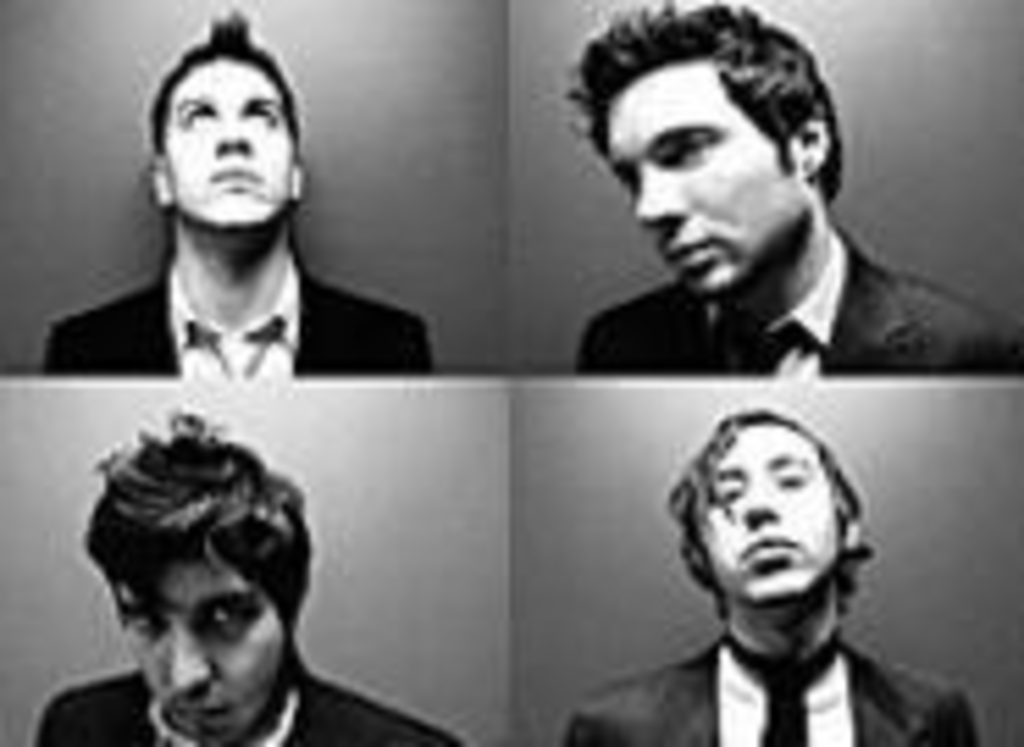 Bands on indie labels don’t compare themselves to U2 and Coldplay. For one thing, it’s not cool. There’s no esoteric appeal in citing platinum acts. It’s like an independent filmmaker claiming Titanic as an influence.

Also, in most cases it would be an obscenely optimistic gesture. U2 and Coldplay craft cyborg compositions that operate with robotic precision but bleed real feeling. With his bug-eyed sunglasses and penchant for proselytism, Bono resembles a garrulous grasshopper, but his vocals still quiver with passion. Chris Martin rode his depressed-Dave Matthews delivery to luxurious superstardom, yet after hearing his band’s “Don’t Panic” in Garden State, viewers start looking for cups to collect their tears.

With its recent release, Years, Kansas City’s Elevator Division, which plays its next hometown show on October 16 at El Torreon, demonstrates its own mastery of melancholy pop. The quartet’s songs feel vaguely morose yet starkly beautiful, like the silhouette of a barren forest. Whereas many modern gloom merchants jerk tears indelicately, with primal screams and suicide-note desperation, Elevator Division evokes sorrow without melodramatic pyrotechnics.

On “Confession,” the album’s emotional climax, a man tells his partner he doesn’t love her. She asks if he could try, and he replies, I don’t want to. Eyeing their child, he adds, I shouldn’t have to. Brutal in its simplicity, “Confession” depicts a devastating scene using single-syllable words. Singer James Hoskins’ unobtrusive third-person narration lets the story stand on its own. Unlike, say, Bright Eyes’ Conor Oberst, who chokes on every anguished utterance as if a stream of tears had run directly into his mouth and down the wrong pipe, Hoskins remains detached. He knows the poignancy of the resignation that sets in after the hysterics end.

“I don’t enjoy those types of vocals,” Hoskins says of today’s trembling whiners. “One of my favorite singers is Bono. I enjoy subtlety.” Yes, he really did say those sentences in succession. But whereas Bono embraces excess in U2’s stage shows, on record he’s relatively restrained, letting his group’s muscular choruses do the heavy lifting.

Elevator Division’s choruses might be lightweight by comparison, but their impact is magnified exponentially by their atmospheric surroundings. Massive melodies appear suddenly from clouds of gently chiming guitars. With “Confession,” the robust hook comes as a surprise, a slap in the face as immediate as the titular admission.

Hoskins doesn’t deal exclusively in misery. “October,” the album’s absorbing opener, celebrates his appreciation for autumn. It’s so beautiful to me, he marvels, his near-falsetto floating like a windblown leaf. And “Radio” hinges on the romantic refrain It’s playing our song tonight, which lingers over a racing-heart drumbeat and a ringing riff. Because the group so capably evokes complex moods, it’s impossible to tell the uppers from the downers without scrutinizing the lyrics.

“I’ve gone through a lot of major changes in my life in the past year,” Hoskins explains. “I do love the fall, especially in Kansas City, but the autumn references are also analogies about the transition into the bleakness of winter.”

The relationship-related material on Years lacks the sour aftertaste that accompanies many breakup-inspired songs. There’s no restraining-order-baiting “take me back or else” undercurrent, no name-calling or surly self-pity.

“I’m not writing about it in an angry way,” Hoskins says. “When you’re used to something for so long and it changes, it can’t help but sober you up. You can either grow stronger or become bitter. I don’t choose that path. I have no regrets.”

Hoskins also addresses spirituality on Years; “Infinite Regress,” “Cemetery Road” and “Godsend” form a midalbum holiness trinity. His religious references aren’t aggressive or overt; instead, there are oblique allusions in phrases such as saving grace and no beginning and no end.

“I’m a theist, so my lyrics are going to reflect my worldview,” Hoskins says. “Spirituality is a big part of my personal life, but I would never want to feel like I was using it as a gimmick to sell records.”

For its fourth release — its first on an actual label (Second Nature) — Elevator Division put its faith in Independence-based producer Larry Gann, known for his work with Elton John, Natalie Merchant and Oleta Adams. Not a real rocker in that bunch — “He recorded Lit once,” Hoskins offers — but Gann delivers crisp tones and sonic sheen.

“He has an amazing studio, stuff you can’t usually find in the Midwest,” Hoskins says. “We wanted to get away from indie production and try more of a mainstream quality to see how it would translate with our songs.”

Very well, it turns out. Years sharpens the sound developed on the band’s self-released efforts without compromising its depth. Elevator Division is experimental enough to remain relevant in a local rock scene that smothers its melodies with noise, but it’s also accessible enough to make airplay possible alongside the U2s and Coldplays of the world.

“Things that are out in left field don’t last long,” Hoskins says. “There’s a reason why poppy songs stick around.”