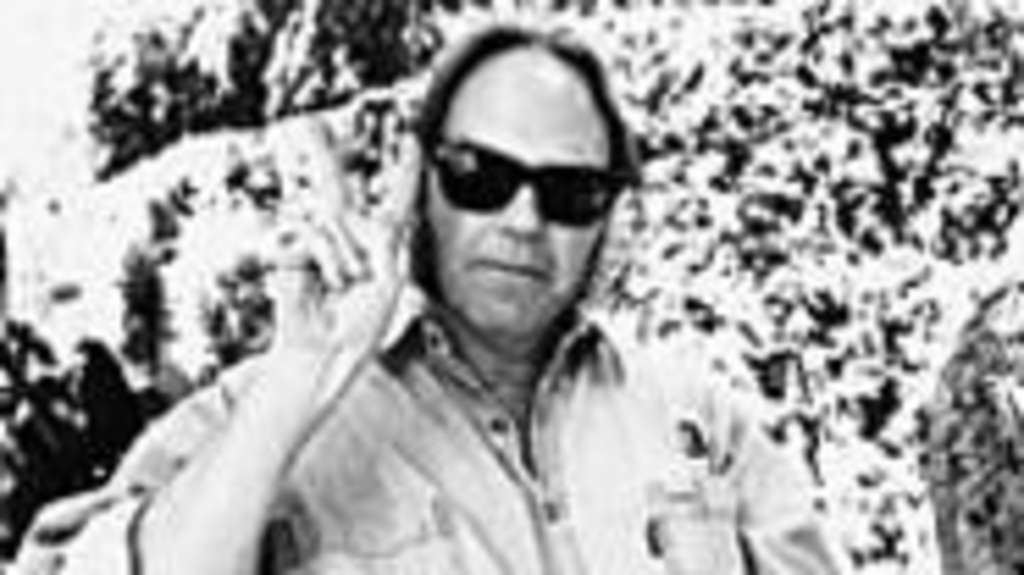 Neil Young‘s country is just a small town. But in a summer of fictive sonic geography — Bob Dylan tramps through a fictional despotic state in Masked and Anonymous, and Radiohead’s latest album includes a map of, well, someplace all its own — Young’s invented town of Greendale does not seem out of place. Young’s current tour with his band Crazy Horse, which stops at Starlight Theatre (6601 Swope Parkway, 816-363-7827) this Saturday, centers on a “musical novel” about the town of Greendale and its chief family, the Greens. Young sings the entire album (with lengthy explanatory asides) while beside him onstage, performers act out the events recounted in the songs, which tell of a down-and-out artist, corrupt cops and a quest to save the Alaskan wilderness.

The tour precedes the release of the Greendale album as well as a film version of the saga that Young directed under his pseudonym, Bernard Shakey. The film contains no dialogue, but features members of Young’s family. It premieres at the Toronto Film Festival in September and will be issued on DVD shortly thereafter. But for now, the only way to get to Greendale is to see Young live.

If for some reason that’s not enough for you, hell, Lucinda Williams is the opening act.— Andy Nelson

Although we have serially hipsterized the ’60s, ’70s and ’80s — don’t worry, the ’90s will be back soon, so you don’t have to toss your flannel shirts just yet — the ’50s never go out of counterculture style.

The local rockabilly swing band known as the Rumblejetts has officially secured its retro-chic standing. Having been reviewed by Atomic magazine and gained World WideRetro.com sponsorship for its recent gig with Big Sandy & His Fly Rite Boys, the band is arguably better-known outside Kansas City than it is here. The Rumblejetts’ sound isn’t groundbreaking or experimental, but the band skillfully plays fun, danceable tunes. The group will be keeping things lively at O’Leary’s Pub (9083 Metcalf in Overland Park) starting at 8 p.m. Friday. For information, call 913-642-4450.— Gina Kaufmann