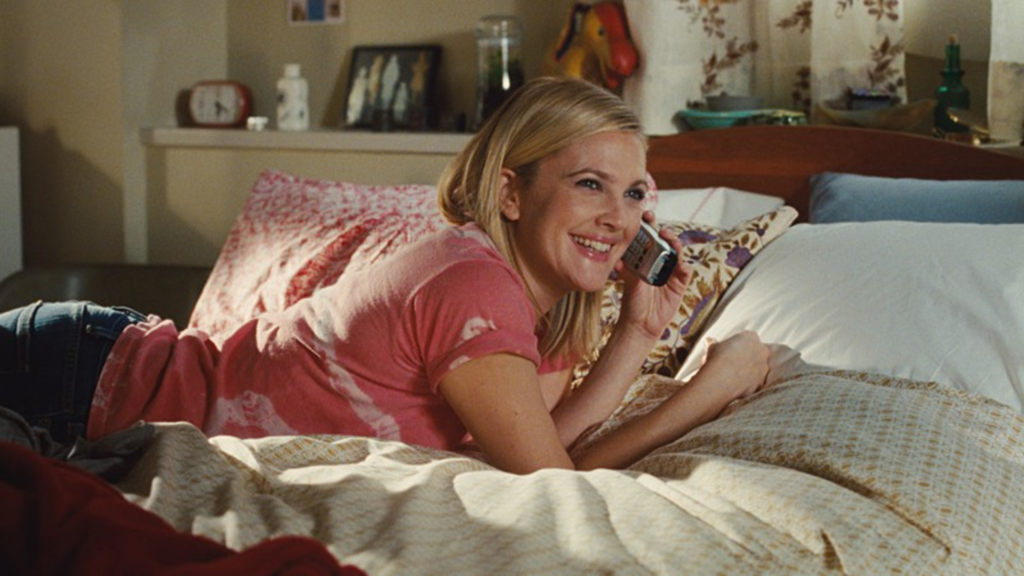 “What really matters is what you like, not what you are like,” John Cusack says in High Fidelity, a very good romantic comedy about a 30-something man who can’t maintain a relationship, partially because he’s holding on to stale record-nerd dreams. Going the Distance is a not-very-good romantic comedy about the same kind of guy — Garrett (Justin Long), a frustrated A&R drone at a New York record label who falls for Erin (Drew Barrymore), a 31-year-old newspaper intern. After a six-week fling, Erin returns to school at Stanford, thus forcing this couple to face the distance of the title.

As Erin and Garrett struggle to stretch lust across 3,000 miles via Skype, it’s hard to maintain much interest in the fate of their union, in part because what they’re like is so predicated on what they like. And what they like and bond over — YouTube memes, bar trivia and The Shawshank Redemption — are so fucking boring.

Speaking of “fucking,” Distance is rated R because everyone swears excessively for no reason. The smart comedians making up the supporting cast (Charlie Day, Jason Sudeikis) are saddled with delivering painfully dumb, often unnecessarily dirty dialogue. Timely issues — the financial crisis, the changing face of both journalism and the music industry — keep Erin and Garrett apart, but their quasi-realistic professional problems aren’t anything that a little only-in-the-movies magic and moxie can’t fix.

Nanette Burstein reminds us that she was a director of documentaries by occasionally shooting with a handheld camera for no discernible reason.