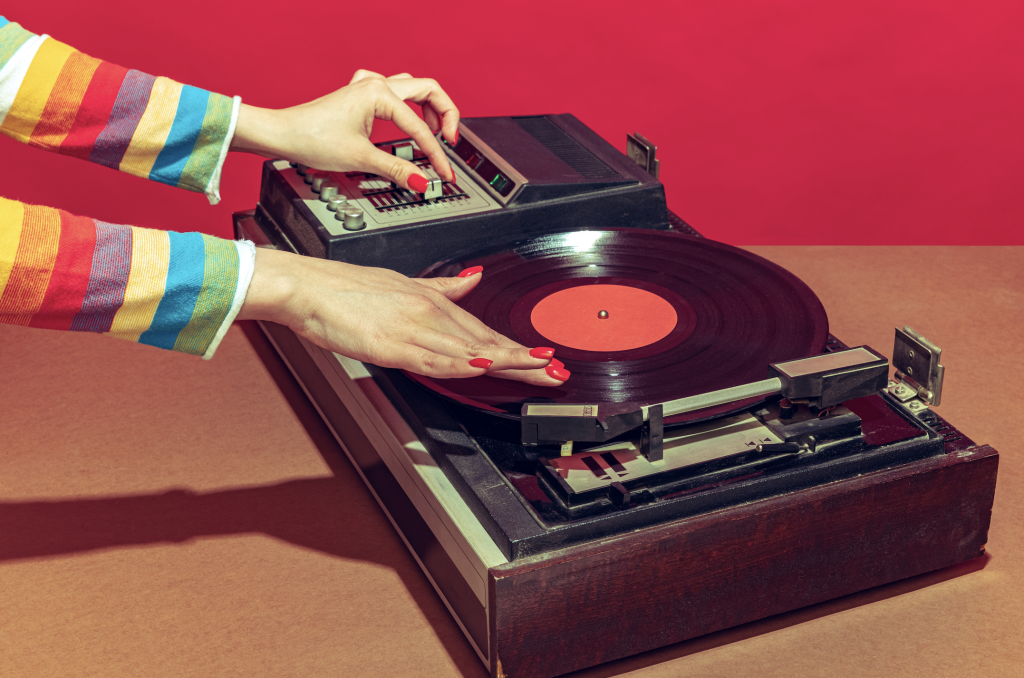 The day after Thanksgiving is Black Friday. In addition to the myriad sales going on in stores, virtually, and seemingly everywhere else to get your holiday dollars, record shops have gotten in on the action, adding in a second celebration of music as a wintry compliment to the April explosion of exclusive releases which is Record Store Day.

This second installment, known simply as Record Store Day Black Friday, sees a variety of labels dropping new releases and reissues to your local vinyl purveyors. One such label is ORG Music, whose deep connections to Warner Brothers allows for some intriguing and fascinating music drops as part of Record Store Day, as well as throughout the year.

Speaking via Zoom with the label’s general manager and co-owner, Andrew Rossiter, we dug into what makes Record Store Day–and ORG Music–so special.

The Pitch: Could you speak to the differences between the reissued material you put out, which is wide and varied, and also the newer releases that the label puts out more infrequently but are no less interesting in their width and breadth?

Andrew Rossiter: We started out as a reissue label, so that’s definitely still our foundation and what keeps the lights on, for the most part, but we’ve been working with new artists really almost from the beginning, too. I mean, it started with reissues, but then we were working with Mike Watt and his Clenchedwrench label early on. We’ve done some reissues of his, too, but that relationship really started with his new releases. At the time, it was Hyphenated-man. We’ve been working with him really since the start of the label.

Since I came into the label, we had some other new, developing artist signings early on, like this band outta Omaha called Capgun Coup, and we’ve worked with 400 Blows, who have been around a while. It’s still kind of few and far between, but we’ve been doing more new artists’ releases recently, and it keeps things exciting.

I love the reissues. I love kind of going backward and revisiting things that are historically important or lost recordings that have been unearthed over time. As far as the new artists that we release–a lot of it is stuff that kind of finds us, whether it’s through an artist that we already work with or just something that we fall in love with. A big part of some of the recent ones that we’ve done is our connection with the Aquarium Drunkard blog. We’ve been doing some co-releases with them. We share a lot of similar tastes, and they’ve been great partners with us on some of the compilation releases we’ve done. But we’ve signed some new artists–Color Green, for example, that’s a co-release with Aquarium Drunkard. They’re part of the family now in a big way.

That is a very good way of putting it–“family”–because the various partnerships you have seem to be the most fruitful in terms of releases, like the work you’ve done with Sun Records, the work with Black Lion, and the recent series of Bad Brains reissues, as well. The fact that you continue these partnerships is a very good endorsement and lets folks know that these are worth picking up. Is that the case for you, getting to work with legacy artists and labels and unearth or perhaps recontextualize the things that they’ve put out?

Yeah. I think there’s a certain amount of legitimacy that comes with that, for sure. You know, when it comes to a label like Sun Records, you’re talking about recordings that are the foundation of modern popular music and rock and roll, right? There’s definitely some legitimization and some prestige that comes with working with catalogs like that, but I look at all of it the same in a way, whether it’s a little-known release that we unearth from a tape that popped up from the ’70s or it’s Johnny Cash release that’s been pressed dozens of times. It’s all stuff that we like. It’s all stuff that we enjoy listening to, first and foremost.

But we really approach each arrangement differently. Black Lion was a case where those records have been out of print–at least in the States–for decades. The label itself wasn’t all that active, so we took it as an opportunity to re-brand the label, relaunch the label, and help them get all those great records back out into the world.

Sun, of course, is a different story. Everyone knows Johnny Cash, Jerry Lewis, and Roy Orbison. It was a pleasure to work on those, but I think the most fun part of our relationship with Sun was to delve into some of the deeper cuts for the annual Record Store Day compilations and really get to know more of the catalog ourselves.

Whether it’s working with a new artist that has a few dozen fans or an international superstar’s estate or a catalog, we approach them all kind of similarly just in terms of how we view them. The prestige factor kind of gets lost when you’re working on it day-to-day.

It’s more of a question for the Record Store Day, folks. They approve all the releases. We submit ideas, essentially and Michael [Kurtz] and Carrie [Colliton] at Record Store Day–who we love–have a crew of store owners and buyers that they run the releases by for feedback. If the stores give the thumbs up, my understanding is that’s how they deal with submissions.

In terms of how I think about it? Record Store Day, there are more titles. It’s an international thing at this point, so there’s a little more leeway to do some obscure stuff and to put out some stuff that is maybe more left-field. Black Friday, it’s not as many titles. It’s largely a U.S. thing at this point, and they tend to gravitate towards titles that are kind of marquee names or just bigger releases, which is a good way to put it. I was counting the other day, and I think we’ve released over a hundred Record Store Day releases between Record Store Day and Black Friday. 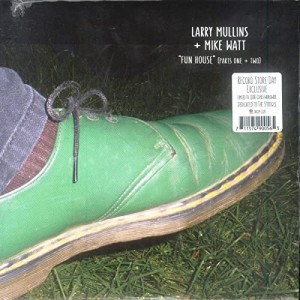 So, there’s a lot, and those rules aren’t hard and fast about the difference between Record Store Day and Black Friday. There are also some things that we’ve been doing that are more of a series or have become kind of an annual tradition. Mike Watt has released something for us nearly every Record Store Day for the last decade. For the last few years, it’s been him and Larry Mullins doing Stooges covers on seven-inch. That’s become kind of a tradition. Obviously, we do the Sun Records compilation, which you’re familiar with, and it’s gonna be in its 10th year for 2023. We’ve done some kind of back-to-back releases, too, where we’ve released, you know, part one of a series for Record Store Day one year and waited ’til the next year for the next.

There’s some continuity in the stuff that we do for Record Store Day, certainly, but really it’s just kind of what we have in the pipeline at that moment. If something feels like it would be a good Record Store Day title, we’ll submit it and leave it up to the stores to let us know if it’s worthy.

Working at a company that does vinyl reissues and things like that–how does that affect your personal record-buying habits?

It’s tough to say. I still buy records, of course, but I have a lot of listening to do for work. I’ve got loads of records that I listen to as part of the gig, most of which I would be listening to anyways. But as far as buying new records, I have so many records that I need to get around to that I try not to overdo it.

If an artist that I really like puts out a new record, I’ll buy it. If I come across something that’s too hard to pass up, I’ll buy it, of course, and like every collector, I have my want list. If I pass something in a store that I’ve been wanting for years, I’ll grab it, but I admittedly have tried to slow down a little bit in recent years just because I need more space. I need more time to get through them all.

What is your white whale at the moment?

Let’s go with personal records so that we’re not revealing anything.

It’s funny. I’m not the type of collector who necessarily cares if something is the first pressing or a certain pressing. I want a record that sounds good. If the reissue that came out in last year sounds better than the original pressing from 1960, I’ll buy the reissue more than likely.

I’m not a purist in that sense in terms of collecting. I don’t have a great white whale in the sense that I can tell you, “Oh, I need this pressing of this record because there are only so many copies.” Nothing like that. There’s definitely a handful of records that I would like to have a clean copy of. There’s loads and loads. I’m fortunate that I’ve been able to do most of the A&R for the label over the last decade or so, so there are a lot of records that were white whale records that I now own because we released them so that selfishly, I could have it on my shelf, as well.

Record Store Day Black Friday is this Friday, November 25. For a list of participating stores and available titles, check the RSD website.