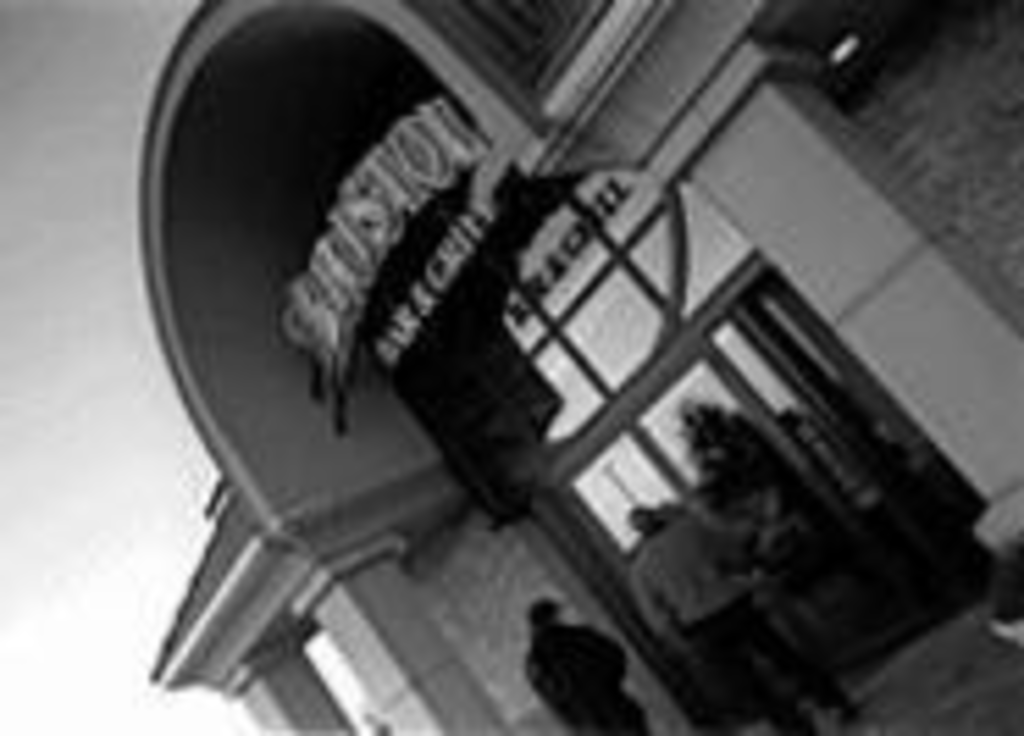 For much of the twentieth century, seafood meant one thing on the American coasts and another in the Midwest. For diners who were hundreds of miles from any ocean, fresh fish meant the stuff that came out of the rivers and streams closest to town — catfish, Missouri trout, white bass. Later, when Kansas City became a railroad hub, it was easier to get “exotic” seafood like lobster, shrimp and sole crated here in refrigerated cars. For most Kansas Citians who came of age during World War II, the idea of going out for some seafood meant one thing: deep-fried shrimp.

Shrimp — french-fried, butterflied or served chilled with cocktail sauce — was the staple restaurant seafood until 1980, when a new restaurant arrived that changed not only the way most Kansas Citians thought about fish but also how they ate it. Two decades ago, when legendary local restaurateurs Joe Gilbert and Paul Robinson decided to open an upscale seafood restaurant on the Country Club Plaza, even their employees thought they were out of their minds.

“Fresh seafood in the Midwest?” asks a laughing Mary Simpson, who worked at the Bristol soon after it opened and is now Capital Grille’s managing partner. “People would look at each other and say, ‘Yeah, right.’ But they really did it well. The place looked great, it was vibrant and exciting, and the bar was packed. It became the place to be.”

Bill Crooks, cofounder of the PB&J restaurant empire (Grand Street, Yia Yia’s), began his career working for Gilbert and Robinson and remembers the original Bristol as “serving a great variety of seafood — more than any other fish restaurant ever did — and leading the way for mesquite cooking, which was totally new to this area.

“They installed two mesquite grills in the kitchen,” Crooks continues, “then glassed in the grills so customers could see the cooks using these fragrant, hardwood cookers [that] impart a very distinct flavor to both seafood and steaks. It was a very innovative restaurant.”

In the early 1980s, the old Bristol — which had been installed in a new building that looked as if it had been there forever, thanks to a nineteenth-century stained-glass dome, an antique bar, lots of brass and cozy, velvet-draped alcoves — was the hottest restaurant on the Plaza. It retained its popularity well into the 1990s, after the Gilbert-Robinson restaurant conglomerate was subdivided and sold off. But when another Plaza restaurateur, Nabil Haddad, coveted the prize location, the Bristol was sent packing in 1995. The seafood restaurant that replaced it, Haddad’s expensively mounted Jules, sank like an iron anchor and is barely remembered today. The aforementioned Capital Grille occupies the space now.

But the Plaza’s loss has been a Johnson County success story since the day the new Bristol Bar & Grill opened its doors in 1996, in a building at the edge of Leawood’s Town Center Plaza. The dome came along, too, as did the mesquite grills and most of the recipes — including the beloved drop biscuits, doled out hot from a metal tray by tong-wielding servers.

On one of my recent visits to the restaurant, I met a very chatty and animated woman who said she dines at the Bristol at least twice a month, when her boyfriend flies in from Atlanta for a visit. “He loves to eat those biscuits,” she babbled happily. “He just adores them.”

So does nearly everyone I’ve ever met — to my amazement. The golden globs of baked dough are hardly haute cuisine. In fact, they taste exactly like the drop biscuits you make when you follow the recipe on a Bisquick box, but with a handful of extra sugar. (“A pretty close approximation of what the recipe is,” a former Bristol cook confides. “They’re baked fresh, or they used to be, from a prepackaged mix created for the restaurant.”)

These days, the crumbly biscuits are served with an equally sweet butter (blended with honey). But the New England clam chowder is the same as it always was, thick with clams and potatoes and cream. I prefer the chowder to the Maine lobster bisque, which has a lovely, creamy consistency and a few chunks of lobster meat. (I’ve never ordered the bisque when it wasn’t served lukewarm or colder.) But both soups are so decadently rich that a cup, never mind a bowl, can be too filling as a prelude to a meal. Why can’t it be served in, say, a demitasse version?

The appetizer selection still boasts most of the Bristol standbys — freshly shucked oysters, fluffy baked crab cakes, steamed mussels — but Executive Chef Dan Uche has done well by the newer offerings, particularly a jumble of calamari flash-fried with julienned carrots and bits of tongue-scalding jalapeño. Half a dozen plump sea scallops are pan-seared and tidily arranged around a mound of brown rice splashed with a tart, Chinese-style vinaigrette and festooned with a tangle of orange, purple and green ribbons created from artfully sliced carrots, beets and cucumbers.

“It looks like a Christmas gift,” said my friend Martha, who then used her fork as a fencing foil to keep me from grabbing the last thick circle of a pinkish-red hothouse tomato topped with a milky wedge of fresh mozzarella from a salad described on the menu as “mozzarella and vine-ripened tomato.” The flavorless tomato might have been plucked from a vine, but I’ll bet it wasn’t one that ever saw natural sunlight. Still, the fruit and the cheese had been dramatically arranged on a bed of freshly chopped spinach with a little mint and a discreet splash of balsamic vinaigrette for a salad that at least looked summery.

Maybe it was seasonal wistfulness that possessed us to order a tomato salad on the dreariest of chilly nights. The longing for the balmier days of summer certainly provided a good excuse for Martha and Debbie to choose two featured fish specials prepared with a distinctly Latin American beat. Chef Uche gave a little cha-cha action to a flaky fillet of Chilean sea bass, searing it with ancho chiles and a dash of paprika-infused oil, then draping it over a pile of garlic mashed potatoes and cloaking it with a relish of roasted sweet corn and peppers. A hunk of mahi mahi, meanwhile, was grilled over mesquite, basted with a lusciously potent, Cognac-scented barbecue sauce and given extra fire with a punchy roasted-vegetable salsa.

I took a less adventurous route, going with a bowl of linguini drenched in a butter sauce that was liberally laden with white wine but wasn’t as “spicy” as the menu suggested. But who needs the novelty of heat when there’s such a bounty of shellfish? There seemed to be a curl of pink shrimp or a clump of sweet lobster meat tucked under every other buttery noodle.

A few nights later, my friend Marilyn and I tackled the seafood mixed grill. This proved to be the culinary equivalent of The Undersea World of Jacques Cousteau, with its subjects either grilled or baked and served on a big china platter. Marilyn sent four grilled shrimp back to the kitchen to be tossed on the fire again (“Seriously undercooked!”) and let me gobble down the pillowy, smoky-flavored scallops. We shared the perfectly grilled salmon as well as a handball-sized crab cake that proved to contain flaky crabmeat and little else.

After debating whether to order one of the Bristol’s two cuts of mesquite-grilled steak, I decided I’d rather find out what wonders Uche might perform with the lowly chicken breast. Turns out he elevates the ubiquitous bird to the sublime, pan-roasting the juicy breast in a thick sauce of Marsala wine and sage until it’s lightly caramelized and mahogany-colored, rising up from a heap of free-form squares of rustic chive gnocchi.

On each of my three visits, the appearance of the dessert tray — typically a happy moment — was met with groans. Wasn’t it overkill? But Martha has a sweet tooth, so we indulged her. She eyed each dessert on the platter with as much intensity as if it were a diamond on a jeweler’s tray, finally selecting a hefty wedge of cheesecake.

“I gotta warn you guys,” said the waiter — who came off as a cross between Tony Soprano and the late John Candy — “it’s an eggnog cheesecake, so if you don’t like eggnog, you’re not gonna like it.”

We liked it just fine, thank you. Like everything else on the Bristol’s menu, the cheesecake is oversized and slightly theatrical. In a world where fresh seafood is no longer a novelty, dishes have to be big and splashy. Anything else might be considered … shrimpy. And that’s so last millennium.