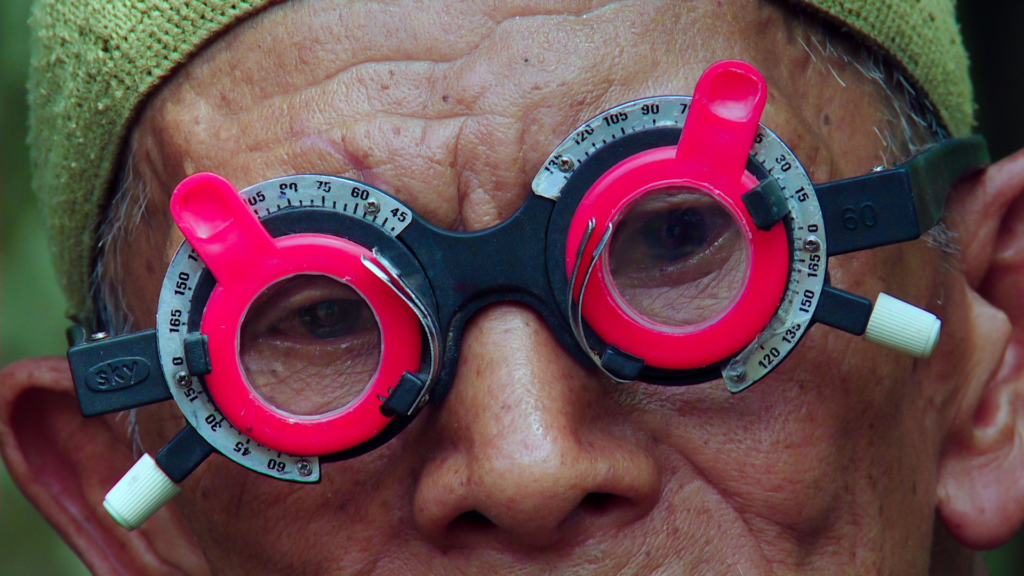 In 2008, shortly after receiving the Best Documentary Oscar for Taxi to the Dark Side, director Alex Gibney told the crowd at the True/False Film Festival in Columbia, Missouri: “This is my first stop after that event in Hollywood. I looked at that as a warm-up to True/False.”

For people who want to see some of the most essential, enlightening and entertaining movies out there, True/False has indeed become a major event, one that’s just two hours from Kansas City. Co-conspirators David Wilson and Paul Sturtz, marshaling an army of volunteers and professionals, have consistently been ahead of everybody else when it comes to spotting movies destined for big conversations and major awards. In years past, they’ve offered first looks at Man on Wire, The Act of Killing and Searching for Sugar Man.

This year’s crop includes yet another must-see lineup. If you can get into these five, do it.

Adam Curtis’ Century of the Self and Bitter Lake
BBC documentarian and blogger Adam Curtis has won this year’s True Vision Award by exploring recent history in a thorough but somewhat iconoclastic manner. He finds odd but valid connections between people such as James Bond director Terence Young and Saddam Hussein (in his multimedia project It Felt Like a Kiss) and reveals that individualism isn’t necessarily a virtue.

Viewers in Columbia will get the rare treat of seeing Curtis’ 240-minute Century of the Self, an engrossing epic that documents how, in the 20th century, the public-relations industry used the budding field of psychoanalysis to appeal to people’s baser instincts in order to sell ideas that might not be in their own or anyone else’s best interests. And Curtis’ Bitter Lake reveals how a little-known meeting between President Franklin Delano Roosevelt and Ibn Saud (a founder of Saudi Arabia) ended up shaping the future of the Middle East and the rest of world for decades to come.

Best of Enemies
Before Crossfire-like exchanges became routine and served as fodder for Jon Stewart’s and everyone else’s derision, conservative icon William F. Buckley Jr. and liberal novelist Gore Vidal faced off in a series of heated, verbally agile exchanges that made for gripping television. While the men represented different views on the war in Vietnam and other issues, they were also children of America’s elite. Directors Morgan Neville (who won an Oscar for directing 20 Feet From Stardom) and Robert Gordon will be on hand for a Q&A.

Going Clear
Alex Gibney returns to True/False to present his examination into the rise of the Church of Scientology. He follows its origins in the mind of science-fiction writer L. Ron Hubbard and traces current rifts within the church with harrowing testimony from former members. Gibney has previously examined the lives of Lance Armstrong, Hunter S. Thompson and Julian Assange, so Hubbard and his flock seem like perfect subjects. Pitch alumnus Tony Ortega, who has been following the church for years, is one of the experts consulted in the film.

The Look of Silence
Joshua Oppenheimer’s The Act of Killing, which we examined in a previous issue, examined the genocide that occurred in Indonesia during the 1960s by presenting it as a musical and a gangster movie. Actually, it presented the atrocities from the perspective of the perpetrators, making the crimes seem even more heinous. Here, Oppenheimer follows Indonesian optometrist Adi Rukun as he tries to find out who murdered his brother. The film is presented as part of the True Life Fund. Oppenheimer is also presenting a director’s cut of The Act of Killing.

What Happened, Miss Simone?
Nina Simone is today best known for making a hit out of “My Baby Just Cares for Me,” but her legacy includes a brave fight for civil rights. Her disturbing “Mississippi Goddamn” was a response to the bombing of the 16th Street Baptist Church, in which four girls lost their lives. The singer spent several years living in exile in Liberia and Europe. Director Liz Garbus, who gave us Bobby Fischer Against the World, lets the late singer tell her own story.

For tickets and details on the festival, which starts tomorrow, see truefalse.org.