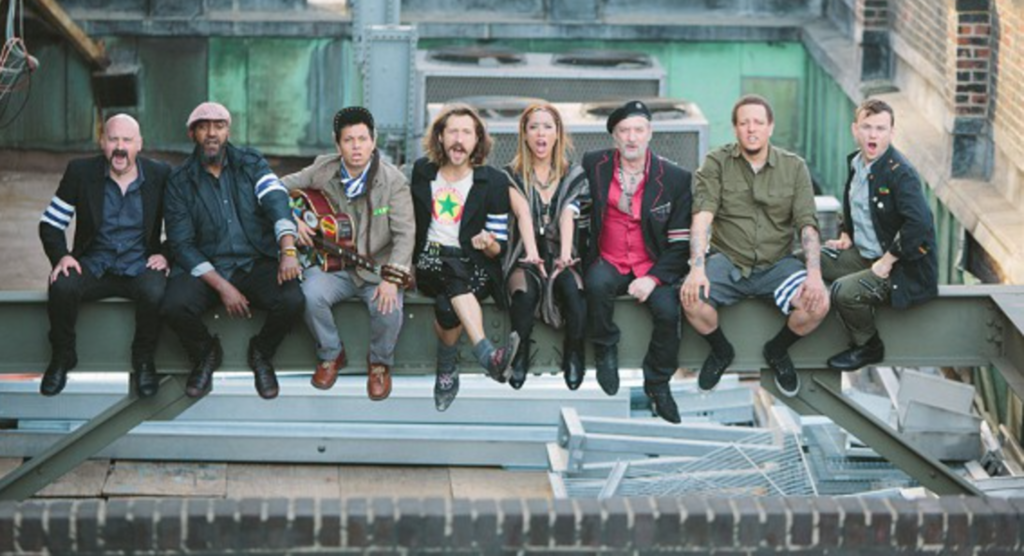 If you’re sticking around town this weekend (as opposed to, say, diving into a lake somewhere), you won’t be lacking any opportunities for entertainment. Forget fireworks – America will only turn 239 years old once, and you should boogie in her honor.

Ukrainian-born Eugene Hütz is the best kind of madman, and he makes the most of his craziness in his multicultural eight-member troupe, Gogol Bordello, which merges the traditional sounds of Eastern European music with punk and electronica. Pura Vida Conspiracy, the band’s most recent album, is Exhibit A. It’s Gogol Bordello’s most sophisticated collection yet. Polkas entangle with rhapsodic melodies. Electric guitar meets the lute. Reggae is sprinkled throughout. As always, Gogol Bordello remains adept at merging disparate parts of the musical world. Bonus: Local Latin rock fusion band Making Movies opens the show. Friday, you’ll want to be at this summer dance party. Doors at 7 p.m., all ages, $25 and up.

Last month’s annual Crossroads Summer Block Party, postponed due to potential inclement weather, goes on Friday with almost an entirely new lineup. Punk-rock act the Fog kicks off the evening at 6, and the night continues with the Fritz Hutchison band, Fullbloods, rapper Barrel Maker and beat maker D/Will, garage rockers Organized Crimes, the danceable Heartfelt Anarchy, psych-rock weirdos Monta at Odds and Lawrence singer-songwriter Taryn Miller (aka Your Friend). As always, this show is free, all ages and awesome.

May we also suggest:

Connecticut husband-wife power-pop duo Mates of State, stopping at RecordBar in support of their brand-new EP, You’re Going To Make It, and their April-released greatest hits compilation, Greats. Doors at 9:30, $17. More here.

If you’re starting your weekend in Lawrence, stop over at the Jackpot for bare-knuckled sets from Stiff Middle Fingers, the People’s Punk Band, Lawsuit Models and Glue Chords. Go here.

If you’ve had your fill of fireworks, perhaps the best way to celebrate this nation’s birthday is with a local-music lineup. Enter the Tank Room, where the local pop five-piece Rev Gusto headlines the bill. Later this month, the band releases its debut full-length, Burnt Out Friends, on High Dive Records, so you can expect to hear a sample of fresh tunes. Crystal Baller is also on deck, and if you haven’t yet heard Rachel Mallin‘s dreamy alto sliding over the slick electronica she lays down with her band the Wild Type, you’re missing out. Doors at 7 p.m.

Speaking of local music, Mother Russia Industries continues its traditional 4th of July music in the park party with a seemingly endless lineup at Mulkey Park. Nearly 20 local acts are on deck to pay tribute to this great country, including: Blondie Brunetti, Fast Johnny Ricker Band, Bad Ideas, Lazy, Shojou Kiss, DJ Young Sean, Lesionread, DJ Tanner, Quadrigarum, Shy Boys, Isam, Casey Guest, the Fog, RLT, Sneaky Creeps, Scammers, Hummos, Vertigone and Rhunes. Most of those names should be familiar to our readers, and the rest should be on your radar, anyway. No fireworks are allowed at Mulkey Park, but leashed dogs are welcome. Music starts at 1 p.m., and all ages are welcome. Bonus: Free!

Lawrence’s most bizarre act Arc Flash and young KC punk-rockers the Fog (who just got themselves a new member, vocalist and synth-player Emma Daffin, making the band a four-piece) kick off their new tour with a show at the Replay Lounge, which also features a set from CS Luxem. Details here.

The party is likely to go late at the Ship on Saturday night, when country music masters the Naughty Pines — Kasey Rausch, Rich Burgess, Marco Pascolini, Fred Wickham and Sam Platt — will assume the stage for a boot-stompin’ good time. Show starts at 7:30, it’s free, and apparently there will be barbecue. Yes! More here.

More barbecue and some “Psychedeli-merica” going down at RecordBar as psych-rock baddies Thee Water Moccasins perform a rare show, along with a DJ set from Select J Cut and more music from Robot Monkey Madman. Doors at 4 p.m, $5, all ages. Go here.

If you’re not too exhausted/hungover by the time Sunday shows up, 627 Big Band takes over the Green Lady Lounge on Sunday, starting at 8:30 p.m. Go recuperate with a little hair of the dog and some smooth, soothing jazz. Free. Details here.

This isn’t a comprehensive list — just some best bets. If you think we missed something awesome, let us know in the comments.