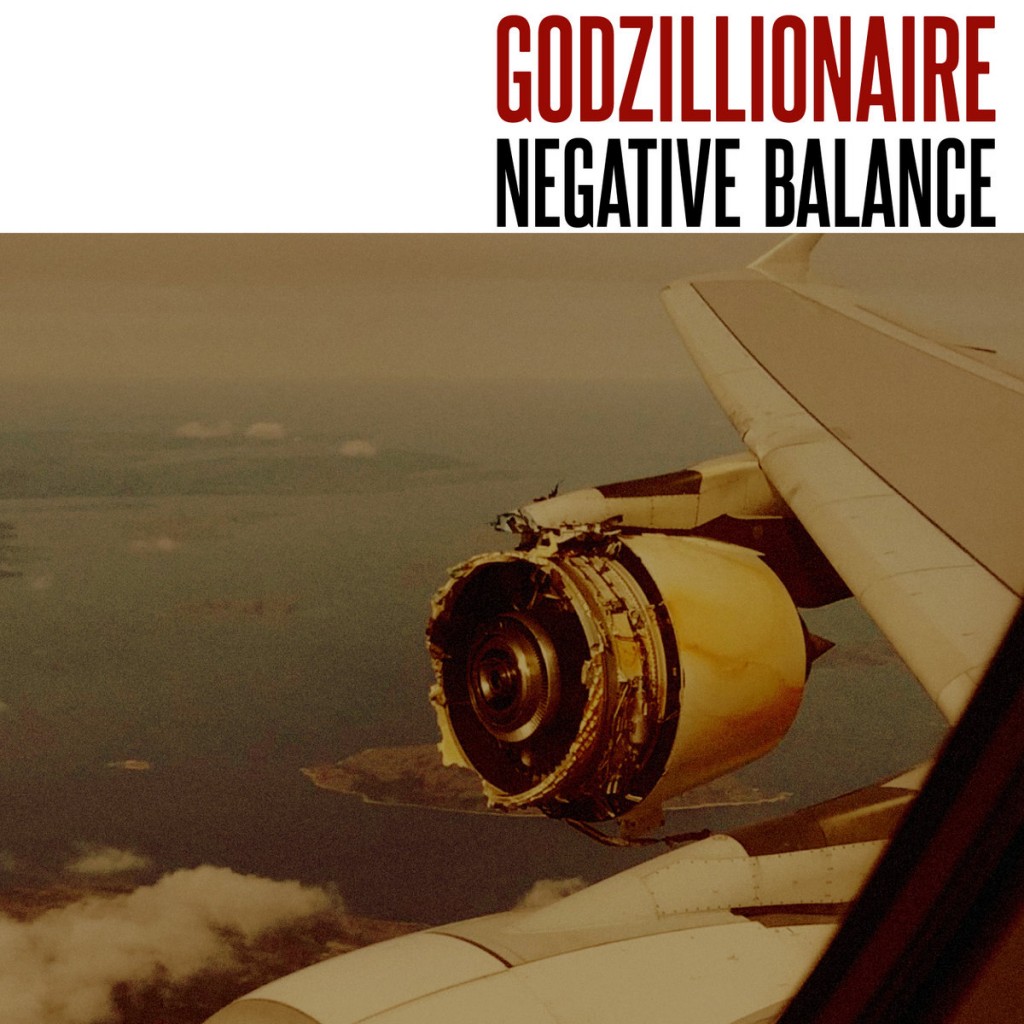 It’s worth noting that I have hanging in my living room a massive four-foot square oil painting done by Godzillionaire frontman Mark Hennessy. It’s of a robot angel ascending to Heaven, while there’s all kinds of skeletons and wailing souls going about a town being split from underneath by a massive, hidden snake. 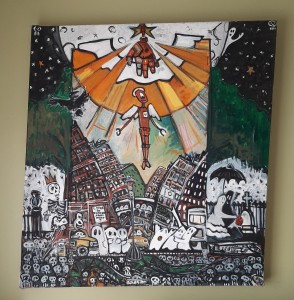 I say this because it definitely puts the band’s debut full-length, Negative Balance, in some kind of perspective. This is not a band that writes songs with ethereal concepts. These are songs which look at the world around us, and the Midwest in particular, and lays bare the flaws and shortcomings. Shit’s fucked, and Godzillionaire uses this cycle of songs about a failing, broken relationship to show you just how bad it is.

Coming three years after the band’s first recordings, the cleverly-entitled the great dEPression, Godzillionaire makes Negative Balance an album worth the wait. It’s a hefty 14 songs, clocking in at just under an hour. When it starts, it seems as though the band’s going to stick with the dark, verging on gothic folk sounds of their EP, but as the space rock of the first proper song, “Exit The Succubus / Bankrupt, Naked, & Void (Theme From ‘Negative Balance’),” rises, it explodes into a massive riff worthy of early Monster Magnet as Hennessy and the band shout “made the money” repeatedly.

From there on out, we’re off to the races. Guitarist Ben White writes riffs which will lodge in your head for days, while bassist Michael Dye and drummer Cody Romaine know how to make this music groove. By the time you’ve hit Negative Balance‘s halfway point, when the epic tale of remembrance that is “Reciprocating Engines (Love Theme from ‘Negative Balance’)” lays its hands on you, you think the band has maybe decided to let you calm down.

Then, the massive, grinding chug of “Never Say Goodbye as a Warning” hits you, and makes the great dEPression‘s “GTFS” sound like easy listening by comparison. “What the hell have I gotten myself into?” you ask. Then, then, then — a ballad. “Smoke” is a legit ballad, acoustic guitar and all, with an intro that comes straight out of the late ’80s AOR world, and yet, it works, thanks to the refrain of:

“What if it all comes down to nothing?
Nothing’s all we got?”

It’s like the whole record, summed up in four minutes. There’s some gorgeous piano on the closing track, “Exit Aisle Reprise,” as well.

As it all comes to an end, you kind of feel like Hennessy sings on the penultimate track, “64 Palms (Brace for Impact)” — “I ate the heart of a hurricane come close and feel it descend.” No kidding, man. The world’s a hard place to live, and maybe the problems of two people don’t amount to a hill of beans, but they certainly make for one hell of an album.