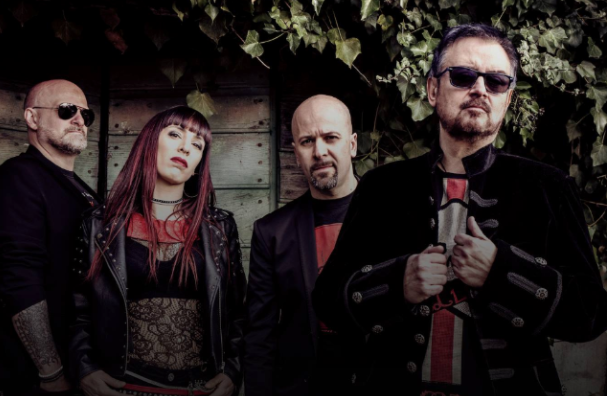 In the world of horror movie music, there is none more funky than Claudio Simonetti. Be it the proto-electro of Tenebrae, the progressive rock of Zombi, or the jazzy fusion of Profundo Rosso, Simonetti’s work with the seminal band Goblin is legendary among genre fans. While the composer and musician has branched out into solo work for the likes of Lamberto Bava’s Demons, or as part of the metal-tinged Daemonia, it’s the music of Goblin to which he returns again and again.

This Friday, for the first time, Claudio Simonetti’s Goblin will be appearing in Kansas City. They’re performing a live version of the score to the original 1977 Suspiria as the recent 4K restoration plays behind them. It promises to be one hell of a night, and I was very excited to speak by phone with Simonetti about his career and the timeless appeal of Goblin.

The Pitch: Do you know exactly how many different versions of the Suspiria theme you’ve recorded?

Claudio Simonetti: We recorded the first, original version, then I did my different arrangements many years later. So, maybe three or four, five? The first time I recorded [a new one] was in Simonetti Horror Project in the end of the ’80s. For the first time, I did my new version of “Suspiria,” and then later with Daemonia and Claudio Simonetti’s Goblin.

What do the different versions have to offer?

What do you create during the play-along?

We are free to do what we like. It’s like, as an Italian, I am inspired every day. But, we want to put something in a few parts of the film that maybe I think there would be something missing. In the original film, we played not always, but especially in the end parts, I think that there needs to be something else more. It’s more or less in the same style, not changing the vibe of the film, so every time we create something new with the keyboards and the bouzouki. With the special effects.

Does that make it exciting to perform what is otherwise a very rigorous thing, having a little bit of freedom?

Yeah, but it happens in just a couple of parts of the film. Normally, we exactly play the film as it was originally wrote, so you hear the film with the original soundtrack. The only one difference is that it is live. The sound is the same, except for these little parts that sometimes we do, sometimes we don’t do, you know? It depends on the feeling of the moment. I prefer not to do something and create always the same stuff, because I feel that sometimes improvisation is something better.

How did you react the first time you saw the restored version of Suspiria, in front of which you’re playing?

It’s OK. They changed in better colors and better quality, but I saw one new restoration where the music was not very good, because they changed something in the sound, and the music was very not as loud, like the original. Usually, when I play live the Suspiria, I use the Blu-ray version which was made a few years ago. It is the best, for me.

The most difficult [thing] is that we don’t have separate tracks of the film, so sometimes they speak over the music and we play, but we can’t take out the music from the soundtrack, so I recreate the way to play over the original music and put in more dialogue, louder, but we play exactly over the original one. It equalizes in a way that you hear more voice. But we don’t have just a dialogue, you know, without the music, so I did a lot of work to arrange to play exactly the same way as the original.

It seems that this music of 30-40 years ago is more popular now than it ever has been. How does that make you feel?

I don’t know — still surprised? If someone told me in the ’70s, “You will be very famous in the next 40 years,” I would tell them, “Ah, you’re crazy,” you know? It’s so unbelievable, because most of the people that come to my concerts are young people. I don’t know why. Maybe it’s because these films are something from what we see now. The vintage films are really good, because now I see in many horror film movies, the mood music is not very important. Not like in the ’80s or the ’70s, so I think people love this film because it is very different, and there’s nothing really new that can sell these films.

When I see Psycho by Hitchcock, it’s still a great film — phenomenal film. It’s kind of an immortal film, you know? For me, Suspiria and Deep Red are some of the best films made in general. Of course, the most important films for me are Deep Red, Suspiria — but also, I like a lot Phenomena and Tenebrae, because every film is different from the other.

It’s like if you have many children. It’s like, can you tell which do you love more? Every film has its own history and its own meaning, and they are different parts of my life. Every film reminds me of something different from different parts of my life. I saw a lot of change in my 40 years of music, and I used to change my music in horror movies, following the music of that period. For example, Tenebrae: you can hear a lot of dance, electronic rock music. That’s different, where Deep Red was maybe more the prog of the ’70s. Every year, every film, has a different age of music’s history.

Goblin performs the score to Suspiria live at Screenland Armour on Friday, November 16. It’s long-since sold out, but you can join the throngs of people looking for tickets here.