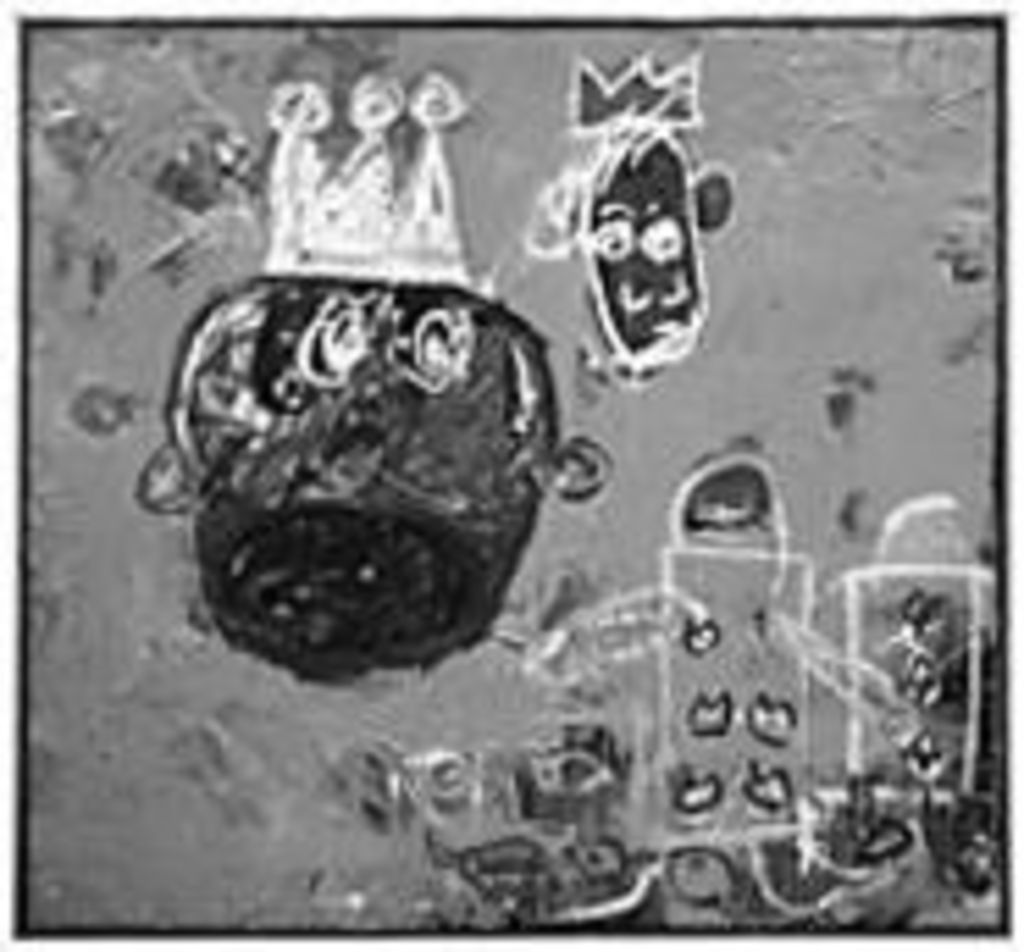 In Lewis Carroll’s Through the Looking Glass, there’s a scene in which Alice, Tweedledum and Tweedledee happen upon the Red King in his nightcap, asleep and snoring loudly. As they watch him doze, the brothers inform Alice matter-of-factly that His Majesty is dreaming of her and that she would cease to exist if he were to wake up. “Why,” Tweedledee tells her, “you’re only a sort of thing in his dream!”

Tweedledee’s words have an element of truth. Alice is only “a sort of thing” in the minds of readers who continue to enjoy her adventures, which Carroll made up more than 100 years ago. Although they are not real, Alice and the characters of Alice’s Adventures in Wonderland and Through the Looking Glass inspire nostalgia, humor, horror and wonder — emotions that are real and meaningful. For Wonderland, an exhibit in its waning days at the Blue Gallery, Mary Kline-Misol and William Rainey have created images of the Alice that exists only in their minds.

Kline-Misol first came across the Alice books in 1983 and began a series of paintings based on Lewis Carroll’s stories, a theme that she has returned to for the past twenty years.

Over the years, a dark-haired, fair-skinned Alice character emerged in Kline-Misol’s work. Strikingly different from the blond, blue-eyed Alice of Disney fame, the girls in Kline-Misol’s paintings are based on actual photographs of Alice Liddell, the young friend of Carroll’s who inspired his Alice stories. Kline-Misol depicts the character at different ages, wearing different costumes in front of a variety of backgrounds. In “Curiouser and Curiouser,” young Alice, wearing an oversized, long-sleeved shirt with thin black and white stripes, stands in front of a tan-colored background. Her hands are folded across her front, her hair is cut in a chin-length bob with bangs, and she smiles shyly. By limiting her palette to black, white and tan, Kline-Misol makes the painting reminiscent of an old sepia-toned photograph. It has no harsh edges, only the muted gradations and soft textures of Kline-Misol’s acrylic dry-brushing.

Through her own methods, Kline-Misol reworks some of Carroll’s themes. She’s most interested in the dream world and the subconscious. “I attempt to offer these images as a dream journey,” she says. And for Kline-Misol, the painting process itself is a journey of the subconscious. “The paintings are produced spontaneously, with images unfolding as the work progresses. Figures and objects frequently emerge, only to be hidden under subsequent layers of paint as I attempt to catch that elusive moment that will communicate my inner vision.”

Although she has painted portraits of the Caterpillar, the Cheshire Cat and other characters for several years, only recently has Kline-Misol’s work included scenes of Alice interacting with others. “Hare and Hatter Host a Teaparty” is the first such painting. In it, Alice, the Hatter and the Hare gather around a table laid out for tea. Kline-Misol poses these characters as if they’re onstage for a theatrical production, yet they’re silent and still. Alice sits in profile at the far end of the table, wearing a golden dress and holding a teacup in her lap and staring blankly off into the distance. To her left stands the Hare, who looks mostly like a man with rabbit-ear-shaped hair. He’s holding a black-and-white checked flag in his gloved hands and gazing ahead calmly. Across from him sits the Hatter, who grins slyly at the viewer from underneath the brim of his huge stovepipe hat. None of the characters seems interested in drinking tea or carrying on a conversation with anyone at the party. It is the strange interaction among characters, or lack thereof, that makes this painting so mysterious and intriguing.

Kline-Misol says that the emotional content of her work “lies within the urge to create images particular to my experiences.” After a difficult period in her life, “Somehow these paintings seemed to help [her] get some clarity,” she says. “So in a sense they began as a visual journal of my experiences.”

Kansas City artist William Rainey also finds inspiration in Carroll’s stories. “This is my inner vision of [going] down the rabbit hole and behind the mirror,” he says. An abstractionist, Rainey only recently started including identifiable objects in his paintings. “I like the direct-from-heart-to-art approach,” he says. He believes that by painting abstractly, he whittles down his work to express emotion with shapes, color and line.

“My favorite part of Carroll’s books is the poem ‘Jabberwocky,'” Rainey says. “I love the abstract, nonsensical words. It reminds me of the play of abstract art, but with language instead of paint.” At first glance, Rainey’s work seems childlike and nonsensical. But he intuitively establishes a vocabulary of visual clues to help his audience interpret his work.

In “Off With Their Heads,” Rainey uses thick, uninhibited brush strokes to paint a messy red circle on top of a brilliant lime-green background. Within this circle he paints a wide black oval and two whirlpool-shaped yellow lines. A quickly painted sketch of a crown floats above the red circle — Rainey’s representation of the Queen of Hearts. The fire-engine red of her face, her swirly yellow eyes and the wide, black hole of her mouth convey Her Majesty’s angry disposition. At the lower right of the canvas, Rainey paints the floppy outlines of two playing cards. They look insignificant compared with the bright-red blob of the Queen — caught midscream, she looks as though she could blow the flimsy cards right off the edge of the canvas. Rainey uses relationships among colors, lines and shapes to tell a story. Yet Rainey’s work moves beyond his skillful design to capture the same expressive quality that shows up in crayon drawings by kindergartners. His paintings share with Carroll’s stories a remarkable sense of nostalgia and playfulness; Rainey’s work would look appropriate stuck on a refrigerator door.

At the end of the hallway leading to the Blue Gallery’s bathroom hangs Rainey’s “Down the Rabbit Hole.” He covers the upper half of a long, thin (rabbit-hole-shaped) canvas with chaotic pink, black, orange, purple, aqua and yellow brush strokes. The bottom half depicts Alice’s upside-down pink shoes and the edge of her maroon dress as she falls headfirst down the hole. With his clever cropping, Rainey captures the ridiculousness of the predicaments in which Alice often finds herself. “I like the humor and scariness as well as the fantastic part of Alice’s adventures,” Rainey writes. “I find that Alice is a bit of a brat. I identify.”

Although they speak two different visual languages, Rainey and Kline-Misol each draw inspiration from the words of Alice’s Adventures in Wonderland and Through the Looking Glass to create what Kline-Misol calls a “curiouser and curiouser” collaboration with Carroll. The Alice they share with viewers doesn’t exist only in their minds, after all. She’s on their canvases.