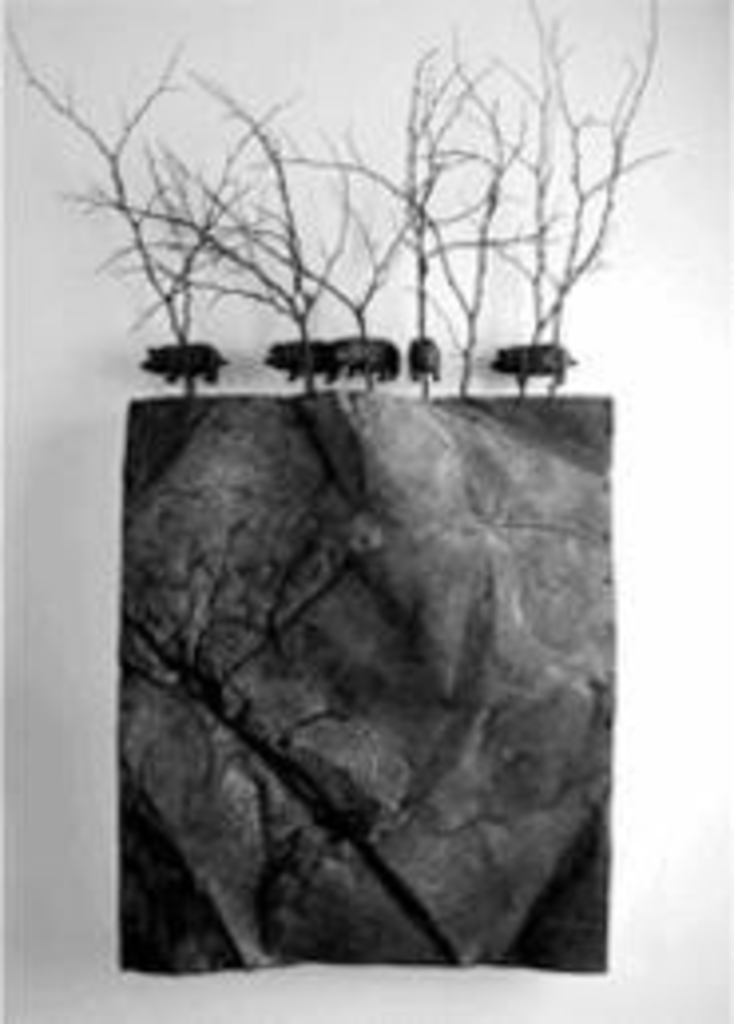 5/6-5/8
Tracy Arts Park is a bit off the usual Crossroads map for First Fridays. But the intersection of 21st Street and Tracy will be abuzz this weekend to celebrate Chameleon Arts and Youth Development‘s tenth anniversary. Opening from 6 to 9 p.m. Friday is a group exhibit that includes “older, established artists” such as Jim Leedy and Russell Ferguson and “some great young guns like Seth Johnson and Laura Berman,” says Chameleon’s executive director, Hugh Merrill. Saturday from 7 to 10 p.m., the organization hosts a gala that showcases other disciplines, such as dance and spoken word, and Sunday is the “community opening day,” with arts events focused on children and families. The show heightens awareness about Chameleon’s aAlice Gallery and raises money for an organization that, for the past decade, has introduced the arts to youth from the surrounding neighborhood in unorthodox ways. “It allows these kids from not-so-great neighborhoods to come in after school and focus their energies on something creative,” says Jessica McClanahan, who serves as one of Chameleon’s two curators-in-residence. “It’s a positive environment, as opposed to other adventures they could get into in midtown.” Call 816-221-7529 for more information. — Steve Walker

The Almighty Fraud
Frank Abagnale tells the truth about lying.

SAT 5/7
Frank Abagnale ran from the FBI from the time he was 16 until he was 21, forging checks and impersonating pilots and doctors before the law caught up with him. In the 30 years since his 5-year prison term, he has advised the feds and big companies about how to prevent the crimes that made him the subject of an international manhunt (and Steven Spielberg’s Catch Me If You Can). Abagnale is in town Friday for the Kansas City Association of Financial Professionals’ spring seminar at the Overland Park Convention Center (6000 College Boulevard). The most exciting lesson in the one-day cram session for bankers and brokers will likely be Abagnale’s closing speech, which will mix his own stories with modern-day examples of how fraudsters work. The seminar costs $190 for nonmembers, so it’s a perfect time to test your own check-forging skills. See www.kcafp.org to register. — Christopher Sebela

X Factor
Describe this festival however you want — just go.

5/6-5/7
We can’t say with absolute authority that the creative types behind KC X Fest are truly “cutting edge,” as they claim in press materials. We’re familiar enough with several of these artists, poets, dancers and musicians to know they’re talented and adventurous, but labeling your gathering avant-garde is a pretty major move. Regardless, this meeting of the minds is definitely worth attending. At the Downtown Neon Art Gallery (1921 East Truman Road), from about 5 p.m. to midnight Friday and Saturday, performances by Jesse Kates, Kacico Contemporary Dance and Brother Iota follow readings by Greg Field, Robert Stewart and Maryfrances Wagner, among others. For a schedule, call 816-472-1190 or see www.brotheriota.com. — Annie Fischer

Tying the Knot, a look at the debate over same-sex marriage, kicks off a three-week gay-and-lesbian documentary series at All Souls Unitarian Universalist Church (4501 Walnut) at 7 p.m. Tuesday. The film examines the evolution of marriage and presents stories of discrimination. Screening the following Tuesdays are Brother Outsider: The Life of Bayard Rustin and Radical Harmonies. Call 816-531-2131. — Fischer

Sav Rodgers is getting a seat at the table, by building his own table