I did something different this year at the H&R Block Artspace Flatfile exhibition. Instead of pulling on the white-cotton gloves and immediately snatching up art by my local favorites, I selected large portfolios by four artists whose names I didn’t recognize.

Such is the beauty of this every-other-year event. For one thing, you touch the art: remove it from its berth, feel its textures through the glove, remove the primary formality of the usual gallery experience. For another, even choices made at random can reward you with gems you’d likely not otherwise have encountered. And with the show’s closing still about a month away, there’s time to make more than one such expedition into the drawers here. 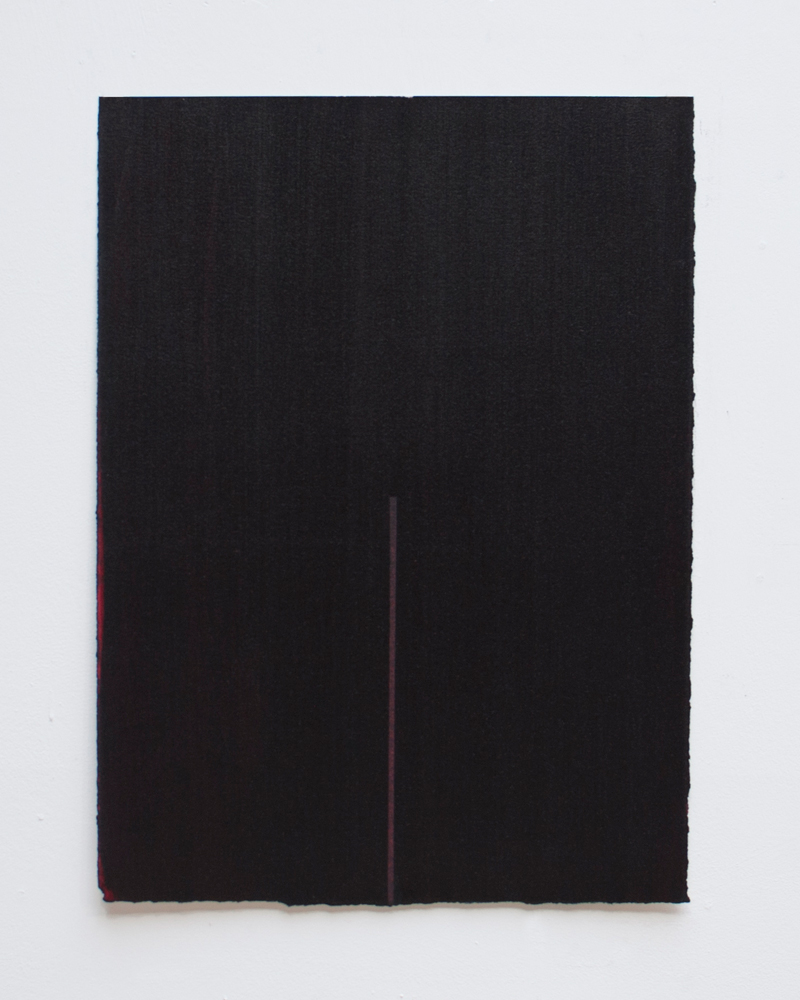 The visible-spectrum-defying substance Vantablack is the blackest black on Earth, but Jorge García Almodóvar’s black drawings might be No. 2 on the list. They appear at first to lack variation, but his portfolio reveals its depths as you linger over it. Each piece emphasizes the pressure and stroke of the paint applicator as Almodóvar layers black on itself. Gray and red make cameo appearances in the small works, in the form of clean lines invading the presence of the darkest color, with the result calling to mind a depressed Agnes Martin (or a briefly less pessimistic Rothko). White space left on the paper looks like its own version of a gallery wall, as if these small pieces were machetes for larger works. It’s best that the pieces here are small, because the depth of their darkness can overwhelm. 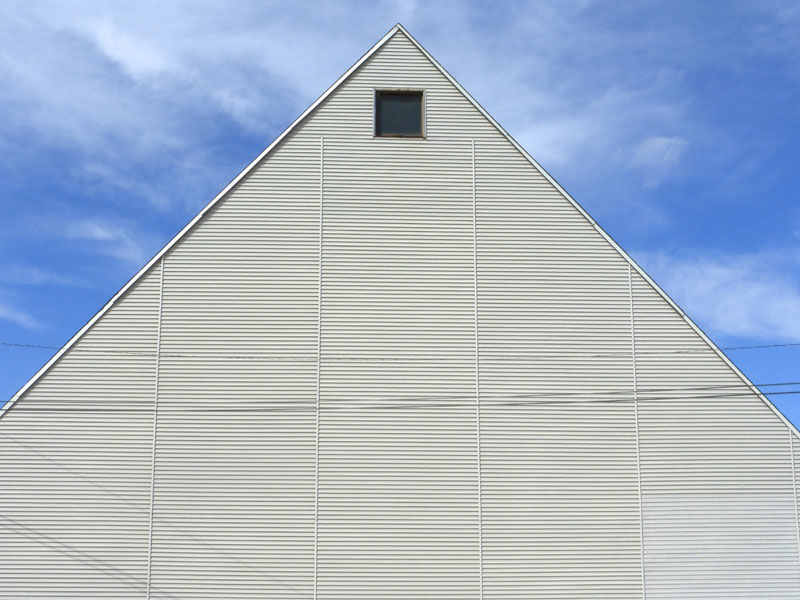 Next, I spelunked the Kelly Ludwig file to find photographs that come in two flavors. Most striking among the tastier portion is “Nebraska City,” a sharp rooftop pointing up against a blue sky feathered with clouds. A square black window at the top of the roof punctuates the triangular composition, an insight into the desolation of development that recurs in “New Mexico,” in which a distant boxcar cuts across a bare horizon. In these pared-down images, Ludwig can be fascinating. But the other flavor among her art here smacks of grime and cliché, capturing too little information in too dense an environment. 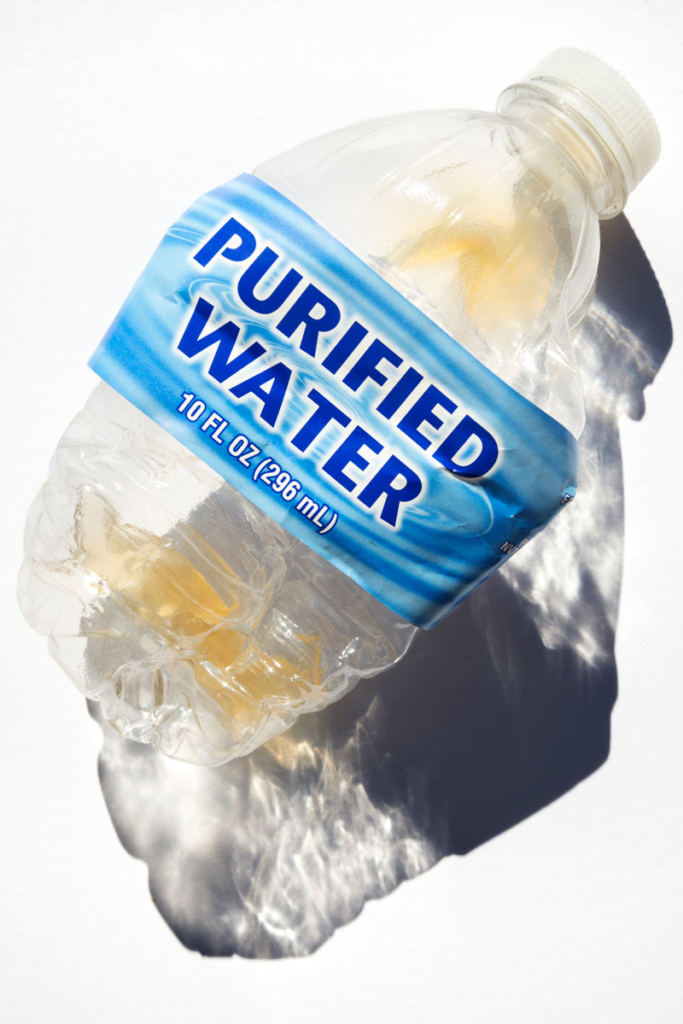 I feared I was in for more of the same when I opened the portfolio of Philip Heying and read the titles of his work. Great, I thought — another artist who photographs trash. Hasn’t this been done enough? Well, maybe not. Heying’s control surprises in each shot. This is not typical trash-in-the-road work; it’s captivating stuff. “Purified Water” is a crushed plastic bottle, its label facing out from a flat white background. Whatever is in the opened, unfull bottle is a sickly yellow, obviously impure and probably not water. The image casts a menacing shadow, and it’s both confident and weirdly stirring. 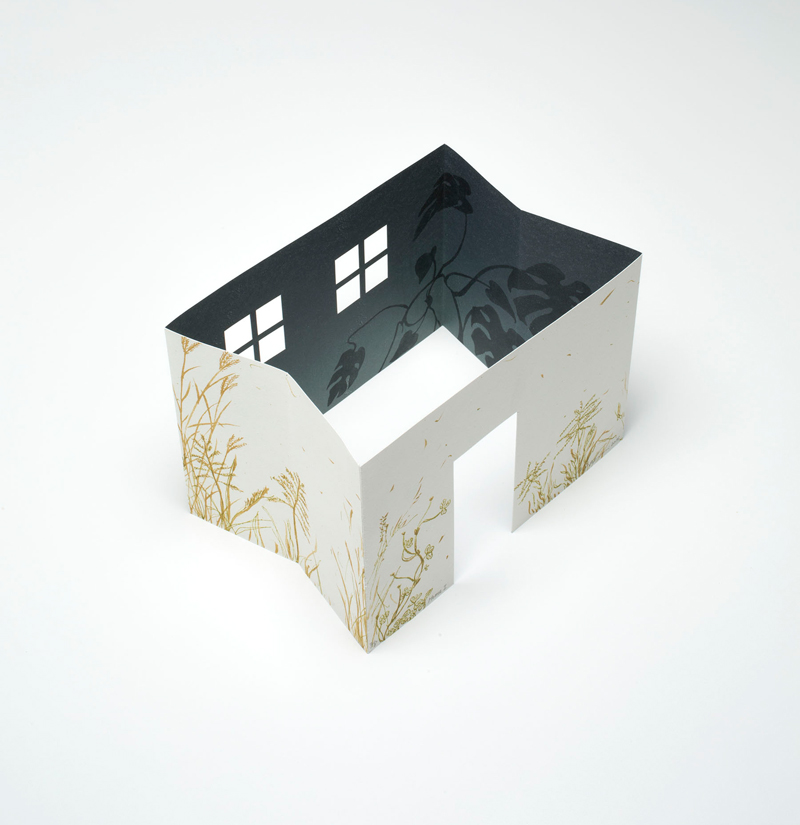 I thought I’d never encountered Yoonmi Nam, but several pages into my viewing of her work, I realized I was wrong. First I found two exquisite and delicate “books,” one containing drawings of houseplants, and the other unfolding to become a simplified version of the house itself. Her detailed line work pulls us into the detritus of crumbled structures on land and underwater, so viscerally that I was grateful to be wearing gloves as I made my way through the piles of broken doors and floorboards, the leaning stacks of ruin. I was most taken, though, by a large print that, observed from a distance, could be the pattern of a kimono design — a pattern that repeats sections of the razed dwellings, an emotional reminder of the increasing occurrence of natural disasters. Nam’s metaphors of impermanence and frailty exert real strength. 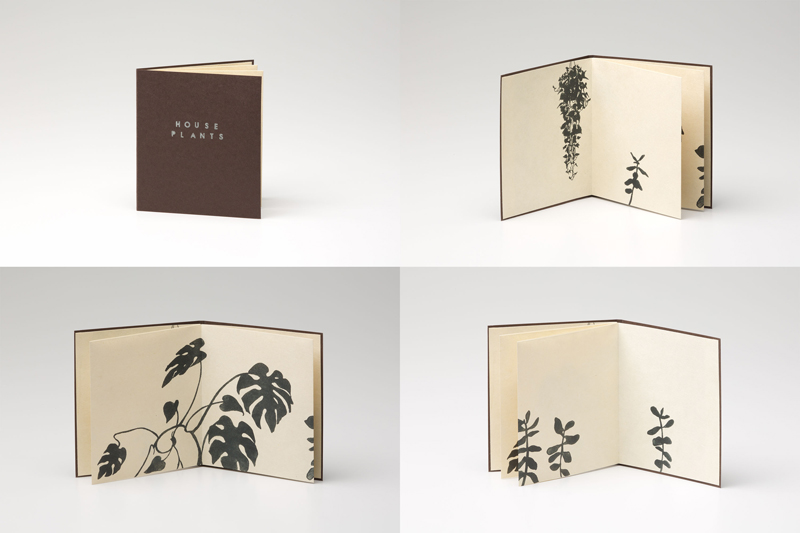 Once I’d satisfied that day’s desire for the new, I indulged habit and sought out favorites whose art I already admired. Among these were Nancy Alemifar, Kelly John Clark, Davin Watne, Karen McCoy, Russell Shoemaker, Molly Kaderka, Laura Berman and others equally worthwhile. And on the wall this year are such selections as Justin Beachler’s show-stealing Paloma Picasso jewelry ad, with its tye-dye underwear; Rebeka Pech Moguel’s moldy strawberries, nauseously hypnotic; and Adam Long’s paperback in the grass.