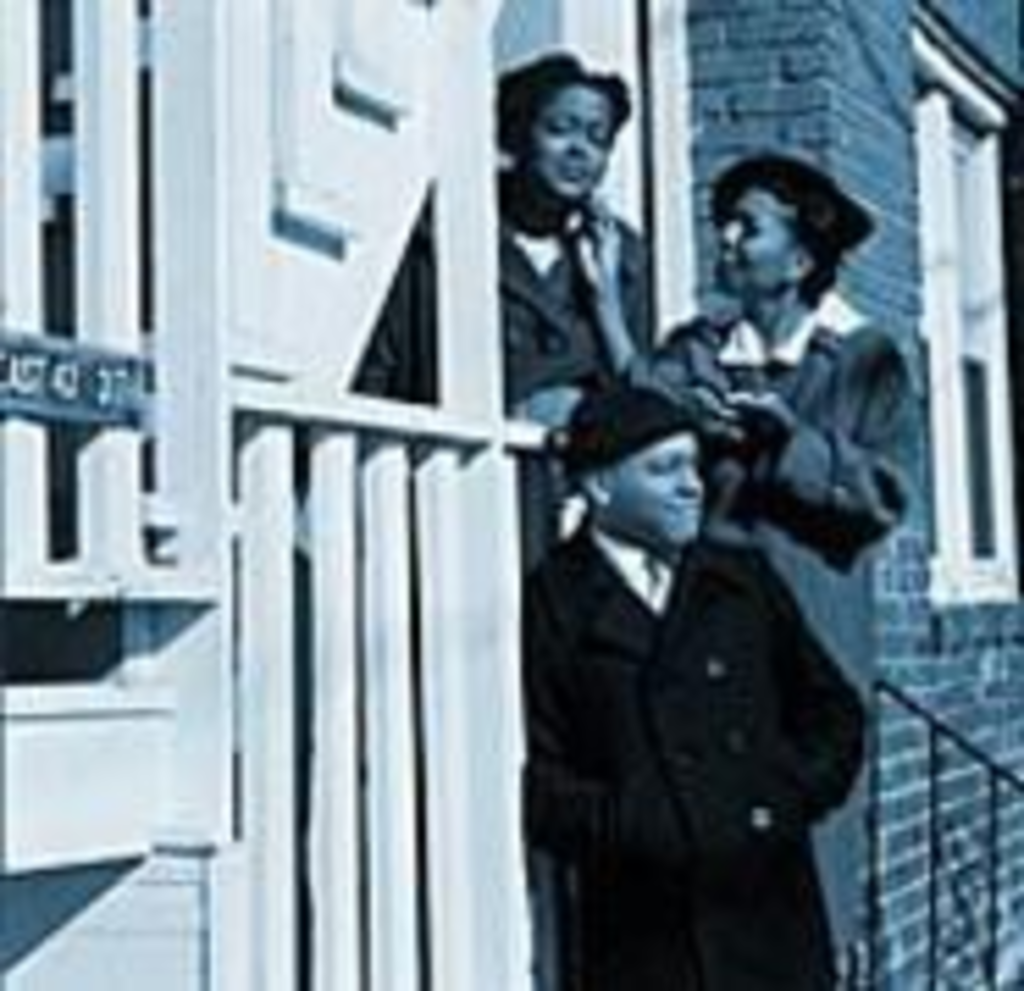 It’s been too long since phrases like “charm and vivacity” have rung out on a Kansas City stage. Now that they’re here, the whispers on the wind can mean only that Tennessee Williams is back in town.

“Being a memory play,” Williams wrote long ago in production notes for The Glass Menagerie, “[it] can be presented with unusual freedom of convention.” In the Coterie’s program notes, an added twist is supplied by actress Elizabeth Ashley, who has been a frequent presence in Williams’ plays: “Of all of Tennessee’s work, The Glass Menagerie would be the one to do with an African-American cast.” Had the author been solicited from his grave, she adds, “I’m certain he would heartily agree.”

Changing the Wingfields to a black family is a sound decision that, with this cast, largely succeeds. Yet gone are the piquant references to St. Louis, Williams’ early home and the play’s original setting. It still takes place in the 1930s, but for no logical reason, director Kevin Willmott shifts the play to Kansas City. In the program, Willmott mystifyingly writes that “Every major black musician in the country came through Kansas City. It would be such a waste not to include this.” But that could be said of any play, and though the Coterie’s attempt to localize Williams’ work is not as clunky as the Unicorn’s effort with Hedwig and the Angry Inch earlier this season, it doesn’t register as any more reasonable either. If this bizarre trend continues, we’ll have Timon of Athens reconfigured for Prairie Village.

The play is a flashback from the memory of Tom Wingfield (Michael Rice), a warehouse laborer who lives with his shrewish mother, Amanda (Gena Bardwell), and his pathologically shy sister, Laura (Kyndra Jones). Their lives are on a malfunctioning carousel — every night, dinner and Amanda’s harping, and it never fails to propel Tom out of the house. He goes to the movies, or so he says; it’s obvious that he caps each feature with a prolonged seat at a tavern.

Amanda relishes regaling her children with the highlights of her youth. That she received “seventeen gentleman callers” during one particularly busy season imprinted on Amanda only bitterness — everything she has done since has been a burden. She gives Laura a tongue-lashing for quitting business college, yet she has been her daughter’s model for interdependence; both women rely on Tom’s paycheck, and it makes him itch for relief. Amanda’s fear that Laura will just “drift along” really describes Amanda, who has done nothing more substantial with her life than scar her children’s confidence.

At Amanda’s insistence, Tom sets up the event of act two, in which Laura receives a gentleman caller of her own (George Forbes). But you wouldn’t know Laura’s even in the house. Amanda dolls up in her old cotillion dress, brings out fresh jonquils and transforms into a grotesque funhouse image of the popular young woman she remembers herself to be. She turns into a clown, and her family and guest are the audience. When the caller reveals the secret that bursts all of Amanda’s dreams for herself and, only marginally, Laura (who really hasn’t put much faith in the whole ordeal), all of Amanda’s pretty surfaces seem to rot away in what feels like the time-lapse photography of a gruesome nature film.

Willmott’s direction — to play the piece as broad comedy — betrays him, his cast and Williams in the last scenes. The Glass Menagerie may have been Williams’ idea of a comedy, but it never fails to play as a tragedy. Members of the Coterie audience continued to laugh after the caller had come and gone, though the same scene in other productions has been utterly heartbreaking. At that moment the family dynamics are supposed to shift permanently; here, you get the sense that this cataclysmic evening is but a rest stop. When Amanda finally says that Laura is “crippled” — after having banned the word and the idea from her home — what is meant to pierce like a knife doesn’t even leave a flesh wound.

Bardwell, however, is a joy to watch. Her performance rocks with delusions of grandeur and illusions of grace, while caked under her fingernails is her kids’ blood and skin. When she holds a mirror up to Laura’s face before the big event and says, “This is the prettiest you’ll ever be,” you see both the needling and the damage done. Rice and Forbes are also quite winning as Tom and the caller; there’s an unforced sweetness to their interactions with Laura and an almost perceptible shield held up to deflect Amanda.

Jones has some acting peculiarities that the University of Missouri-Kansas City’s graduate acting program hasn’t yet exorcised. In the one-sided verbal sparring with Amanda, for example, she goes for the melodramatics of silent films, hunching over and putting the back of her hand to her forehead. It reads falsely — so much more could have been done with Laura as the silent and stunned punching bag to her mother’s slash-and-burn parenting.

The show is technically fine, containing throughout pleasurable touches in Jim Primm’s lighting, Jennifer Myers Ecton’s costumes, David Kiehl’s sound and Gary Wichansky’s set. With the furniture initially covered in white sheets, Tom begins the play by whipping them off. The action takes us back in time while simultaneously reminding us of the ghosts of the present.