Give Them an Inch 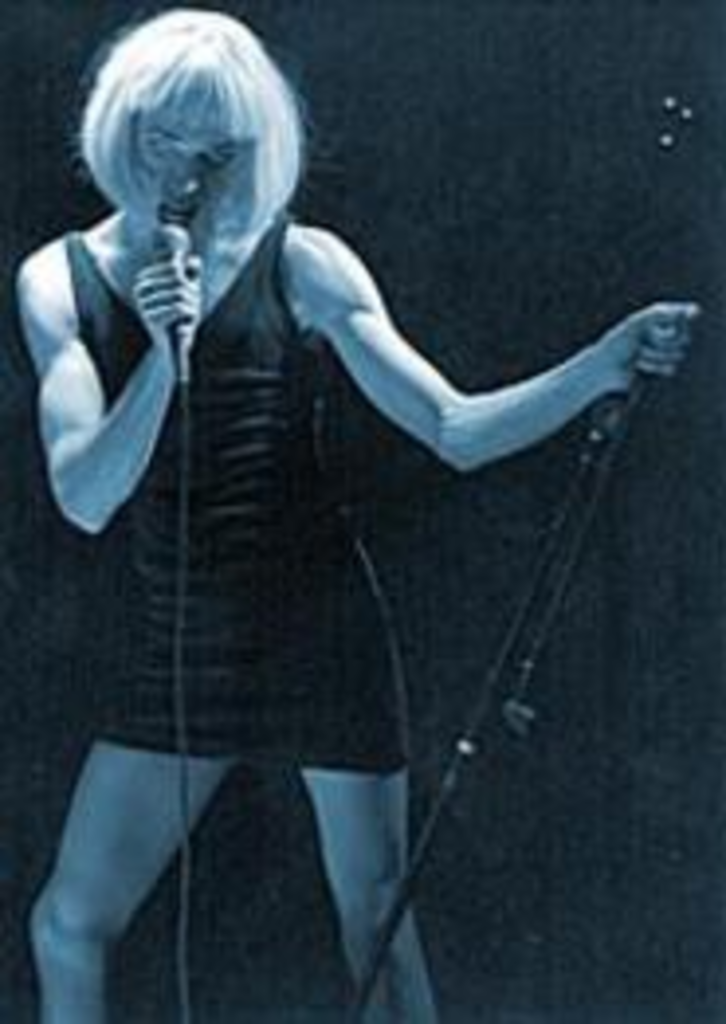 The Unicorn Theatre’s misguided, sometimes surprisingly banal production of Hedwig and the Angry Inch has one unmistakably redeeming feature: the central performance of Rick Hammerly as the eponymous rock star of his/her dreams. Playing a German transplant to Junction City, Kansas, whose sex-reassignment surgery turned into a cruel mistake, Hammerly is at once incensed, bitter, witty, vulnerable, and omnipotent. His work is an amazing concoction of glam rock and performance art, and it’s impossibly infectious.

But the show is difficult to embrace, a fact that can be blamed partly on the author, chiefly for the cavalier manner in which he hands off his rich material. Director Cynthia Levin follows perhaps too faithfully John Cameron Mitchell’s instructions to move the therapeutic concert-in-a-play from a generic nightclub to one that locals would find familiar. Thus, Hedwig welcomes the audience to the Grand Emporium, which is located a few doors south of the theater, but designer Atif Rome’s set fails to reference that bar’s stage area; the generic becomes specific and then deceitfully generic again. This and frequent references to such sites as Troost Avenue, the Paseo, and Brookside detract from Mitchell’s formidable storytelling ability and border on being patronizing, as if audiences outside the play’s original New York setting would reject Hedwig without the comfortable touchstones.

Aside from the local color that has been spoon-fed to Hammerly (he’s from out of town and couldn’t know the details he supplies), Hedwig’s tale is galvanizing. The boy grew up abused and neglected in East Berlin, and his sexual ambiguity is put to the test when he meets an American G.I. Luther Robinson gets Hedwig’s mother’s permission to marry the boy but only after an operation that takes Hedwig’s genitalia, as the song “Angry Inch” declares, “6 inches forward, 5 inches back.” Hedwig is left with a jagged scar on a “Barbie-doll crotch” and is forever suspended in this gender purgatory.

When the marriage fails, making Hedwig a peculiar divorcée living in a Junction City trailer park, he takes up with a teenage outcast named Danny. Their “over the shoulder love” produces such songs as “Wicked Little Town,” which Danny adopts as his own when his career as a musician explodes and puts him on the arena tour circuit. It is the last straw for the generous Hedwig, who has been duped and betrayed yet again by the man in his life. By the end of the show, he has deteriorated into a bald, nearly naked wreck who wouldn’t be out of place in early John Waters.

The biggest supporting player in the show is Hedwig’s latest catch, the former drag queen and Slavic immigrant Yitzak, played by the talented Missy Koonce. Koonce, however, has developed such a strong personality apart from her on-stage choices that she strains to be believable here, delivering vocal stylings and gestures that are none too subtle. The other members of the band have composer Stephen Trask’s licks down but not the show; their preshow warm-up is uncomfortably phony, and their attempts at characterization are stiff and arid.

Roger Stoddard’s sound design is a complicated mix of full-blown rock, echoing snatches of dialogue (when Hedwig relates childhood tales from inside an oven), and the muted roars of the Kemper crowd. The only directive to offer is that the band be poked up a few levels. Jeffrey Cady’s lighting is effectively dark and bombastic, as is Georgianna Londre’s Hedwig wardrobe in its fetish-inspiring corsets and platform boots. These design elements, and the designs Rick Hammerly has on Hedwig, give the show its gravity despite the work of other factors to sabotage it.