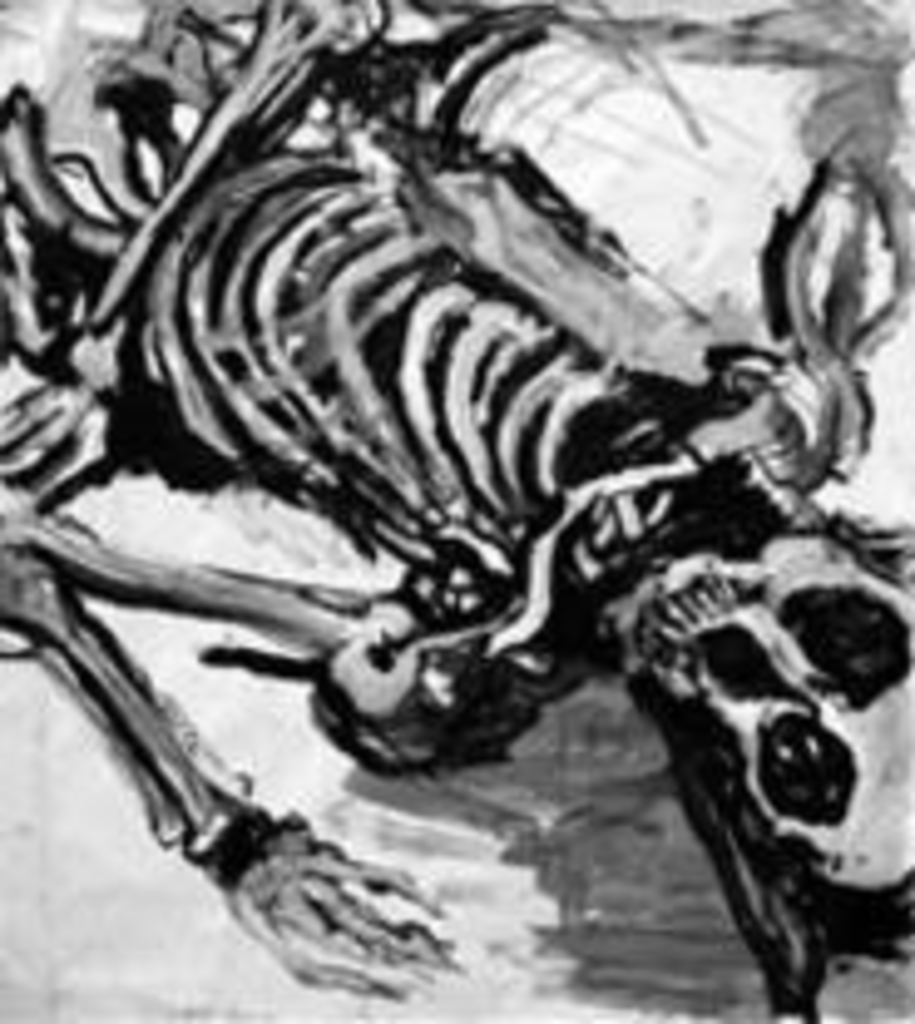 Million Dollar Baby was fiction, but its real-life inspiration is widely believed to be Columbia, Missouri, native Katie Dallam. Unlike Hilary Swank’s character, though, Dallam overcame her boxing injuries — not to return to the ring but to become a prolific artist.

“Sometimes I feel angry while I’m painting, but by the time I’m done, I feel very peaceful,” says Dallam, who speaks carefully because of permanent damage to the left side of her brain.

First a teenage alcoholic, then an Air Force veteran and eventually a state drug- and alcohol-abuse counselor, Dallam lived out the script for an inspirational tearjerker even before she discovered boxing. When she needed an outlet, which was often, she kickboxed, ran half-marathons and painted watercolors of desert sunsets. But in the mid-’90s, she saw a female boxer on the cover of Sports Illustrated and pursued a new avenue of stress release. At 37 years old, she found a trainer in Kansas City.

After just six weeks of training, Dallam climbed into the ring for her first bout. It proved to be a disastrous mismatch. Her young, undefeated opponent — who would go on to become champion of several weight classes — threw blow after blow to Dallam’s head, uninterrupted by the referee. Dallam wound up in an ambulance, the main blood vessel in her brain ruptured. (Dallam’s opponent and the referee both said later they had no idea of Dallam’s injury because she remained standing.) She wasn’t expected to live.

During Dallam’s rehabilitation, while she learned again to walk, talk and read, she attended a painting class. What happened there surprised her.

“I had no idea that all these really bright reds and violent colors were going to come out,” she says. “All these monsters.” The monsters reveal themselves in Shadowboxing, her upcoming exhibit at the Bank, as skeletons, toothy beasts and blood-colored demons.

Prior to the fateful boxing match, Dallam’s work had been graceful — blues and pinks, women in nature. Obviously her style changed afterward, but she says she doesn’t think of the fight or anything else while creating her art. “There’s nothing that I can attach it to,” she says of her creative process. “It’s very primordial, a basic instinct.”

Dallam’s sister, Stephanie, says the brain injury didn’t just transform the tone of her work — it made it better. Dallam lost memories and analytical abilities, but the visual right hemisphere of her brain was unharmed. “One of the things they tell you about painting is to be in the moment,” says Stephanie, who’s also an artist. “And for a long time, Katie had no memory of the past, and she couldn’t conceive of the future.”

Dallam certainly didn’t conceive of selling her art, Stephanie says. When people started to show an interest in buying it, Dallam’s paintings were in Spring Hill, Kansas. They sat unframed in her basement apartment and her sister’s garage, even as the artist was being interviewed by Stone Phillips, Paula Zahn and The New York Times. The national news coverage suggests that Katie had little to say about her work, which her sister confirms.

“She doesn’t intellectualize her art,” Stephanie says. “She feels it.”

What she feels before she paints, Dallam tells us, is anxiety. “I’ve had a lot of nightmares. I’ve woken up screaming or punching the air,” she says.

When that happens, she dips into her red paint.