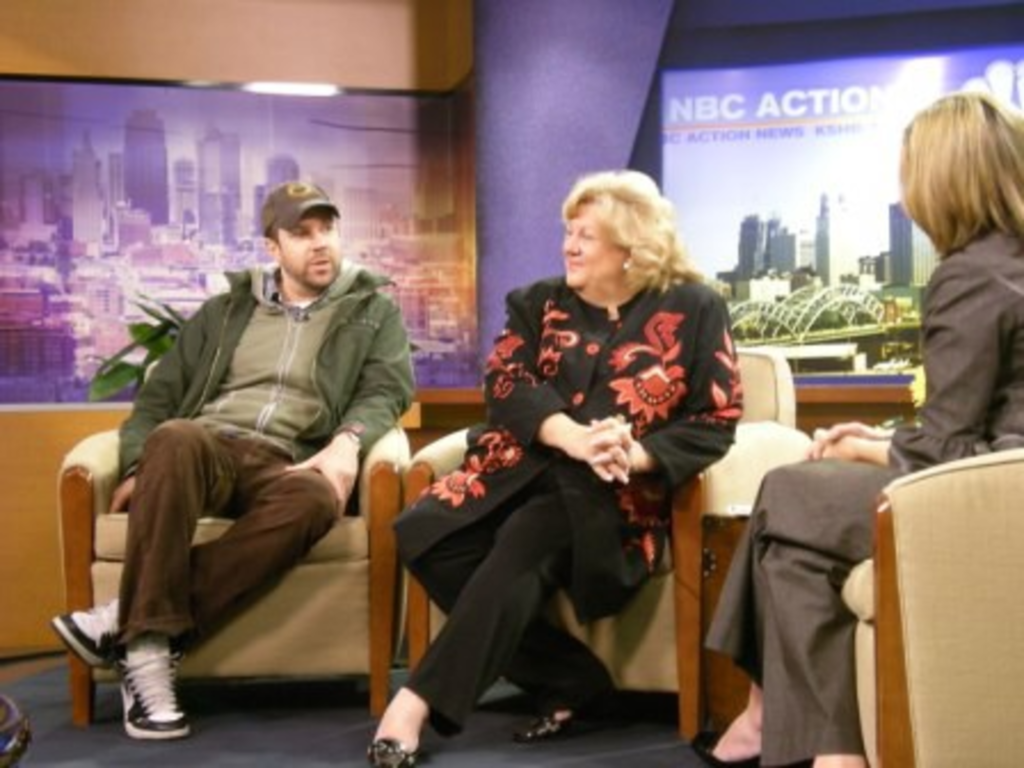 Don’t count on tickets being available at the door for Friday night’s Giggle with Gilda fundraiser. One of my all-time favorite local bloggers, Erin in the Real World, who’s doing some PR for Gilda’s Club, tells me that the event — named for ’70s Saturday Night Live star Gilda Radner, who died of ovarian cancer in 1989 — is almost a sell out. Which is a good thing for trying to open a Gilda’s Club “clubhouse” — a place where people with cancer, their friends and family can go to hang out, get free information  and “share social and emotional support” — in Kansas City. Not so good for you if you don’t buy a ticket because you’ll miss The Second City’s “Deface the Nation” show and Saturday Night Live‘s Jason Sudeikis.

Erin’s sister got her involved. “It’s been a great experience, the women I’ve worked with

are pretty incredible,” Erin tells me. “It’s inspired me to get involved in the Gilda’s Club in

So buy your tickets already. The more money they raise, the quicker a Gilda’s Club opens. Which is a good thing for the 60,000 people living with cancer in the metro area. And for more info, check out The Kansas City Star‘s

story from earlier this month on one woman’s pledge to a friend to open a Gilda’s Club in KC.

And thanks, Erin, for this photo of Sudeikis and his mother, Kathy, a cancer survivor, talking with KSHB Channel 41.