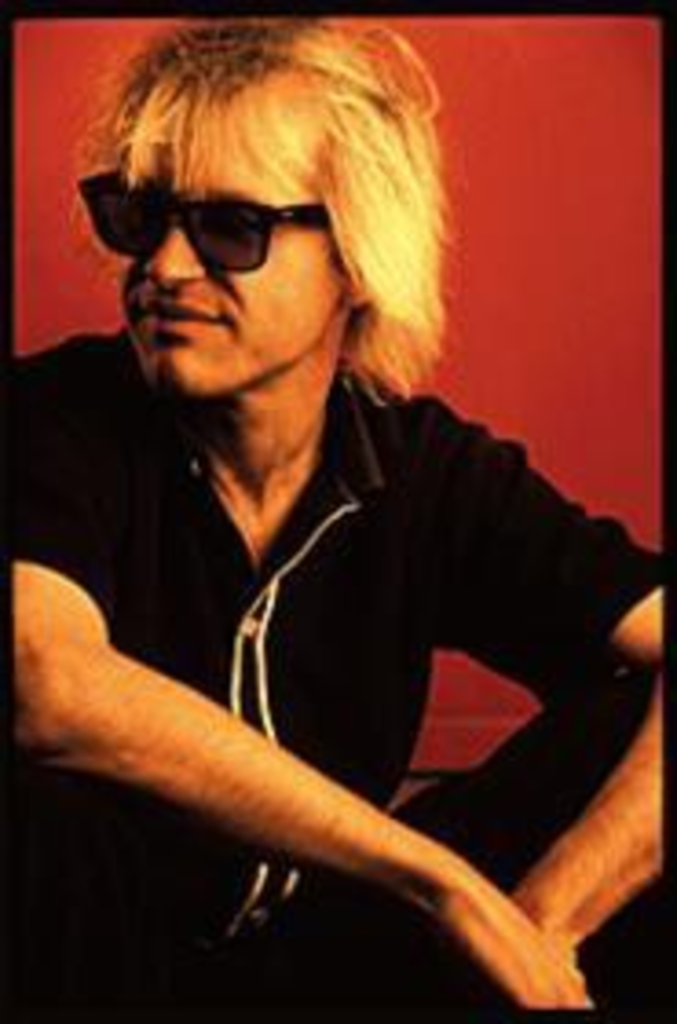 The best cut on Tommy Womack’s latest album, Circus Town, is called “The Replacements.” These days it’s a treat to find a new song that’s still so unabashedly in love with rock and roll. For those who might have forgotten or who never knew, Womack begins his song by explaining, The Replacements played rock and roll. Then, shaking his head dispiritedly, he adds: They were the last of a dying breed.

Like his kindred spirits in that unpredictable ’80s-era college-rock band, Womack has been a punk-rock smart-ass with a swelling heart of gold ever since his days in Government Cheese (a “band you never heard of,” he writes in the subtitle to his rock and roll memoir Cheese Chronicles). He’s also been a discerning songwriter with an ear for the kind of pop hooks that’ll have you grinning like a goof and a knack for quirky rhymes that’ll leave you busting a gut (example: I said, “This is for the way you treated me”/And I struck him on the head repeatedly).

A handful of ’60s- and ’70s-inspired guitar-rock bands have found their way to MTV and the cover of Rolling Stone recently, but it’s unlikely Womack will benefit from the trend, though he’s influenced by many of the same sounds. Partly that’s because Womack recently turned forty. (Never felt so old/Reading “Reader’s Poll,” he admits on his 1998 solo debut, Positively Na Na.) But it has more to do with his refreshingly old-school sensibility. New bands like the Strokes, the Vines and the White Stripes embrace rock and roll as a musical form, yet they mostly shy away from both the music’s silly fun and its sense of anything really being at stake. The new rock and roll rocks, but only at arm’s length. It is cautious and Gap-ad cool. It is music that will never let us see it sweat and will never reveal that it’s played by or for ordinary dorks.

Tommy Womack is a big dork, and therein lies his charm. He came of age in the early ’70s in a decidedly nonmusical family. “We didn’t even hum,” he quips today. The scrawny, verbally precocious son of a Kentucky preacher, Womack saw himself as an outsider, a loser, a geek, and like so many kids of that type before and since, he found a friend in Top 40 AM radio. “Rhythm and electric guitars and puberty,” he says. “And rage — I was a depressed, angry, skinny Christian white kid in the ’70s, and it all added up to me spending a lot of time with the headphones on.”

He fell for the rocking sounds of the heartland. First it was bubblegum, then the most commercial brands of hard rock, the very sounds deemed too corny and pedestrian today by old farts eager to deny where they come from — and what made them feel good when they were there. “The first record I claimed as my own was ‘Joy to the World,’ by Three Dog Night,” Womack says. “That’s the uncool world I lived in. I wore out those first two Monkees albums, then later on it was a lot of Bachman Turner Overdrive, the Stones’ Made in the Shade on pink eight-track, Grand Funk’s We’re an American Band, Cheech & Chong’s Wedding Album, George Carlin’s Class Clown.

“If I’d been better bred and listened to Appalachian high-toned folk music, then that’s what I’d dig today,” Womack continues. “Or if I was raised right, hymns would do it for me. But instead, what gives me the warm, wiggly fuzzies is the rock and roll of the ’60s and ’70s. My life changed when I was thirteen and saw Kiss on television. Everything else went out the window. High school was nothing but reading Creem and following bands. Kiss, Bruce Springsteen and Ray Davies [of the Kinks], the Beatles and Stones and then the Replacements, Cheap Trick — all of that is my folk music.

“I mean, when I first heard ‘Surrender’ by Cheap Trick, it was one of the five best moments in my life,” Womack recalls. “When [Rick Nielsen] hollers Uh-way at the end and the chords go from 1 to 4 to 1 to 5 behind him, that is everything that is great about life, love and religion. You know, that’s the definition of Islam: surrender. And with Cheap Trick chanting, We’re all alright, we’re all alright, it was like something telling me that it’s going to be OK. Even now it gives me goose bumps.”

Onstage, Womack wows with roaring, guitar-pop versions of songs from his excellent trio of solo albums, delivered with a showman’s sense for ax-wielding drama and the tart, well-timed punch line. The highlights of his sets usually include older favorites, such as “Skinny and Small,” a kind of “A Boy Named Sue” for the college-rock set, and a hilariously epic version of “A Little Bit of Sex,” in which he lambastes ancient and flabby rock stars such as Gene Simmons, among other deserving targets.

Even when cracking wise, though, Womack is no cynic. Rock and rollers, like us, with our own goals and motivations, are regularly absurd, he makes clear again and again. But they remain wonderfully human — and endearing because of it. In truth, Womack is probably best described as a hopeless romantic, in the most literal sense — he figures things will go badly as a matter of course, but he hopes they’ll work out well just the same. As he observes in another fine new song, a power-chord pep pill called “Tough”: No matter how hard your heart gets broke, it can always break some more. That’s a goose-bumps line in its own right — one that speaks to the resilience of the human heart every bit as much as it does to the certainty of loss.

“The type and spirit of the music I play isn’t the zeitgeist anymore, I know” Womack says. “No one’s smelling money in it now, and it’s not going to lead to blow jobs in limousines. But I like to think that we’re curators of a form. Dylan’s out there on the road, good as ever, and I saw the Stones the other night and enjoyed it, and Paul McCartney’s still playing, whoever.

On “The Replacements,” as elsewhere, Womack plays it right. A masterpiece of its type — songs about being a rock-and-roll fan — “The Replacements” is also an example of great music criticism, willing to engage in both hagiography and eye rolling. They were nice guys, Womack deadpans at one point in the tale. [And] they were dicks.

It’s between those not mutually exclusive extremes that most of us live. And it’s somewhere in there, between Womack’s admission that the Replacements puked in their hands and tossed it on the ceilings and his later claim that when they were good, God got up to dance — between, to put it another way, our all-too-human realities and our occasional glimpses of the freedom that presages the achievement of our potentials — that Womack pretty much nails the whole rock and roll project.

It’s all there in his best music: guitars that goad you to crank them, choruses that inspire you to shout along, lyrics that make your chest swell with some forgotten loss or long-gone gain that remains your heart’s desire. Tommy Womack plays rock and roll. God help us if he’s the last of his breed.