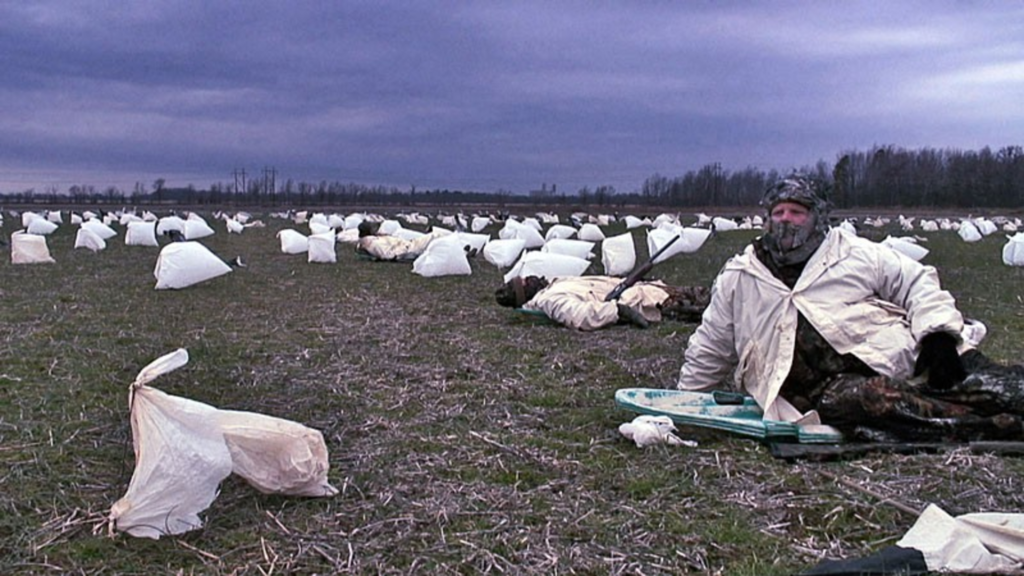 Scott Crocker’s Ghost Bird, a documentary about the search for the elusive (or illusory) ivory-billed woodpecker, traces the hubbub around the decades-departed bird, purportedly rediscovered near Brinkley, Arkansas, in 2005. Its reappearance was celebrated as the rediscovery of a lifetime, prompting a large-scale recovery effort.

It’s the sort of film that builds up familiar frenzy — newspaper notoriety, tourism uptick, government attention — only to dissolve in a what-just-happened daze.

The mania starts when one enthusiast captures a glimpse of the thought-to-be-extinct bird with an endlessly looping canoe-mounted camera. It’s then a hop, skip and jump to a besotted U.S. Department of Interior official shifting millions in grants. (Rounding out the Bush-era boondoggle feel is a playful clip of Rumsfeld’s swaggering WMD syllogisms.)

Well-grounded hunters and soft-spoken obsessives swap skeptical reactions, and Crocker’s folksy head-scratching gets at the hope behind the hunt. Or, in the words of one observer, “You can never prove it doesn’t exist.”