Ghost B.C. not as evil as expected at the Granada last night 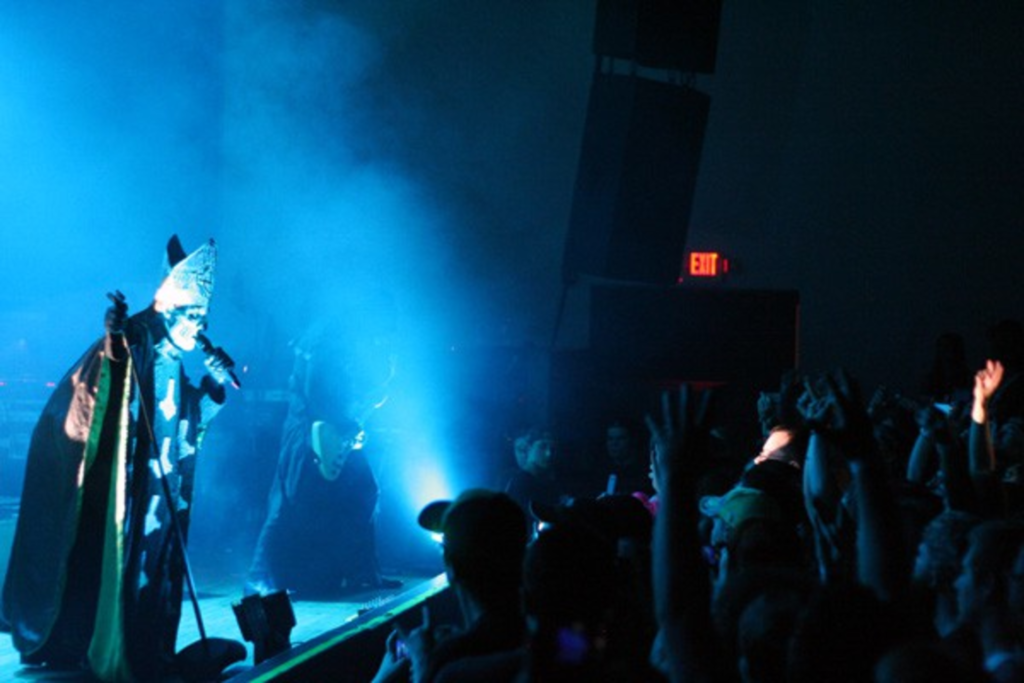 Your assumptions would only be half right, if you’re thinking that Satan plays a big part. It also means that Ghost’s fan base is rabid. It’s kind of astonishing that any band can keep a packed house of metalheads waiting with choir music and incense – to the point that, after ten minutes of said Catholic idolatry, a black-clad guy near me threw up his hands, crying dramatically, “The suspense!” Still, to keep them waiting, you need to deliver. 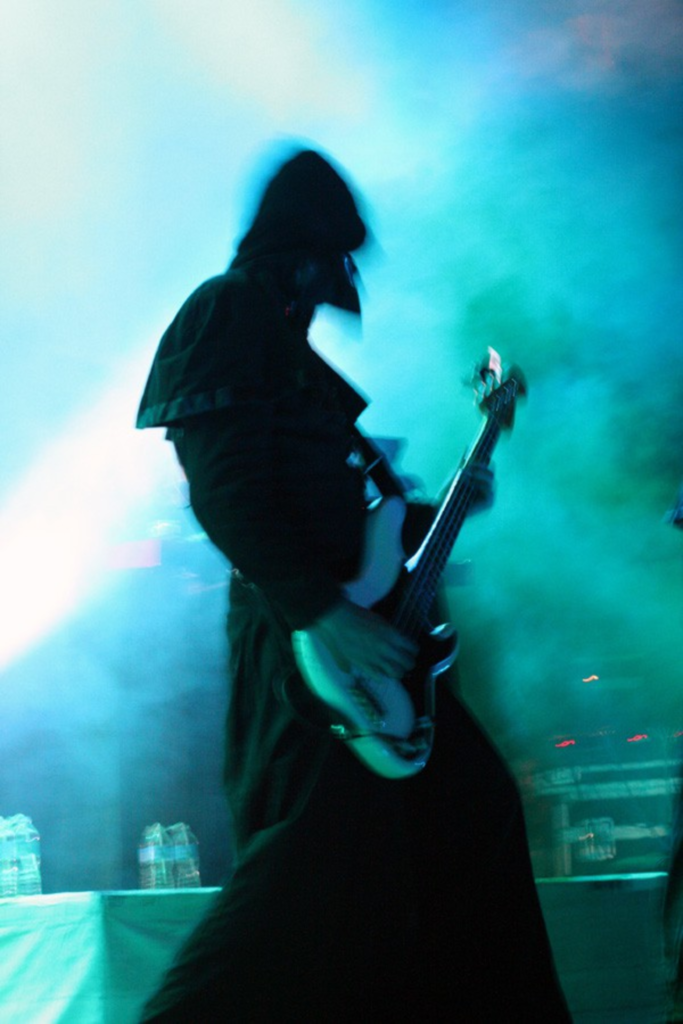 Ghost plays what is essentially proggy metal. It’s the meeting point of Rush, Yes, and all the post-Mayhem bands that wore corpse paint, but didn’t murder each other and burn down churches (first song in Latin and cathedral stage set notwithstanding). It’s catchy, and the stage show’s impressive, with uniforms and vestments, but the music’s fairly standard, and if you dropped out the vocals, it could just as well be Trans-Siberian Orchestra. For all the satanic imagery and whatnot, it’s actually all kind of … pretty. If you’re expecting evil, you’re just going to end up with ELP. 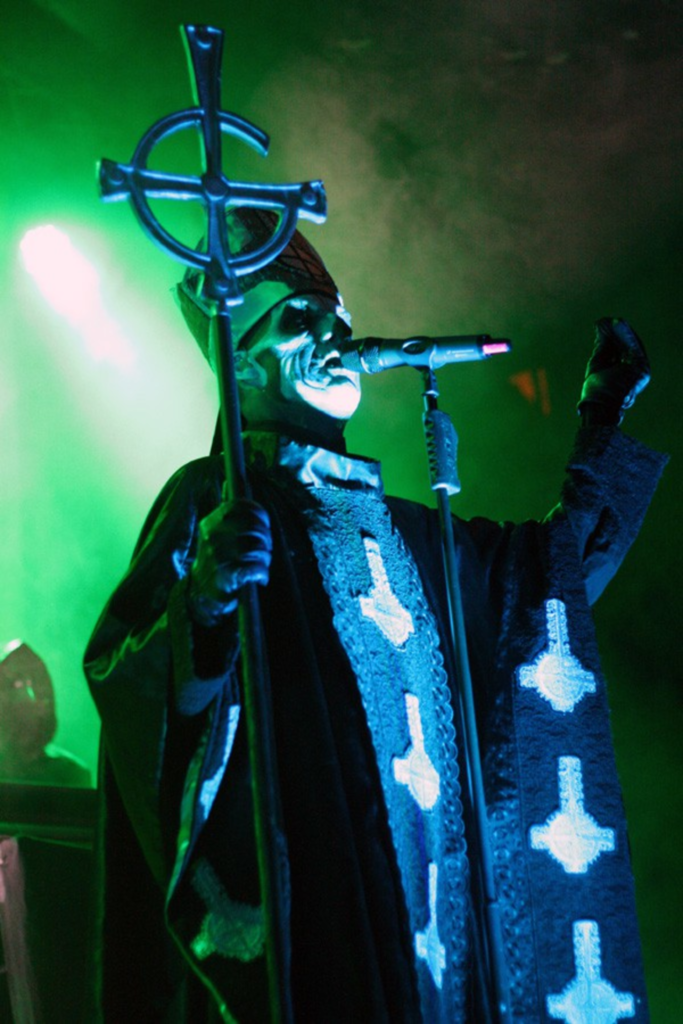 Interesting things I noticed during the show: Papa Emeritus II isn’t just wearing makeup. It’s a full-on latex prosthetic. I’m amazed he can sing in that thing. Also, because of all the makeup, masks, and so on, all of the band’s water bottles had pastel bendy straws. Basically, if you looked closely, all the seams started showing, and things went from creepy to campy really quickly. 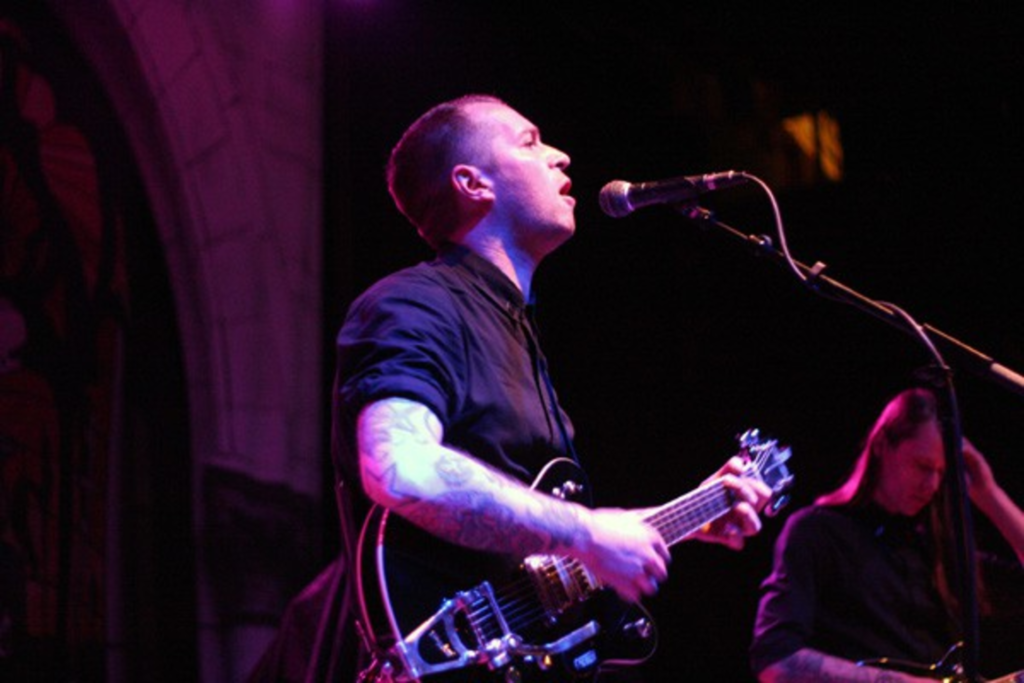 However, if you’re looking for evil: holy shit, the bass for King Dude’s set must have just been pushed as high as it could possibly go. For a band as quietly apocalyptic as the trio was, their music was fully a physical manifestation of the doom the band evoked. Singing with a croaking rasp, taking pulls off a bottle of Jameson between songs, King Dude himself ran his band through a set that sounded like Jandek fronting a doom metal band. It was legitimately uncomfortable: the four horsemen could’ve ridden out of the sky as they played, and it would’ve been completely in keeping with the aural soundtrack. Call it gothabilly, call it doom, call it what you will: it’s intense, scary, and as emotionally affecting as anything. 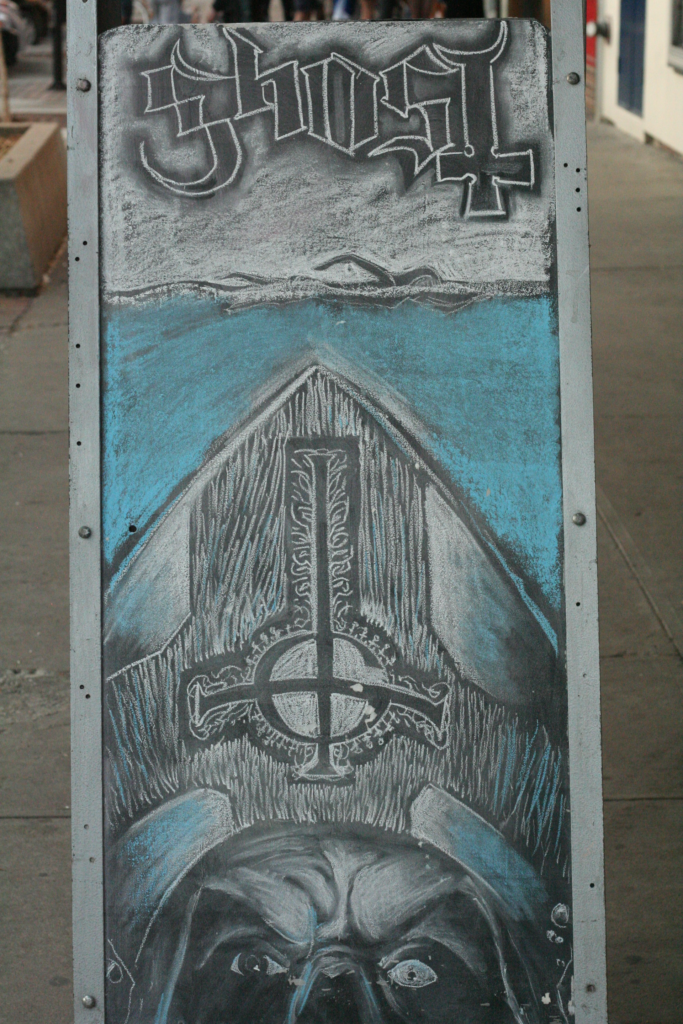