The demise of FilmStruck means it may be time for movie buffs to stock up on DVDs and Blu-Rays. We’ve got some recommendations.

When the streaming subscription service FilmStruck debuted just two years ago, it had a proposition that was fundamentally different than all of its competitors: unlimited online access to 100 years of film history, from classic Hollywood to groundbreaking indies to influential foreign titles. Chaplin, Bogie, Hepburn, Hitchcock, Bergman, Soderbergh, the jump-cut chic-cool of the French New Wave — all in one place.

With the rights to both the Turner Classic Movies library and the Criterion Collection, Filmstruck offered an unparalleled selection of the best in curated cinema and created exclusive original content with contemporary filmmakers (Damien Chazelle and Barry Jenkins, as a few examples) chatting about their favorite classic movies. These special programs were akin to the extra features that accompany Criterion discs. They allowed the viewer to explore the film’s history and context on a deeper level.

Alas, it was too good to be true. Filmstruck’s last day in the cloud was November 29, a victim of the recent merger of AT&T and Time Warner. The new WarnerMedia is swallowing the catalog and combining it with plans to launch an “HBO-plus” streaming service of its own. Criterion subsequently announced plans for its own Criterion Channel, independent of the catalog, which means that in 2019 you’ll need two subscriptions to have access to all the movies and extra features Filmstruck once had. And since the Criterion titles are pulled from so many different movie studios, the rights for films in their streaming Collection are constantly changing month to month.

Suddenly, then, it’s starting to look like reports of physical media’s death are greatly exaggerated. While it’s certainly cool that Netflix and Amazon are luring top-tier filmmakers to create future classics like Manchester by the Sea and Roma, the current selection of classic films on these streaming giants is brutally small. Amazon Prime has around 120, but most of those are murky transfers of films in the public domain. Netflix has about 48, listing Close Encounters of the Third Kind alongside four Disney short-film compilations and some historic WWII propaganda docs.

Film fans now find themselves facing two options. You can rent pay-as-you-go digital movies a la carte and risk watching a blurry, crappy-sounding version of a Cary Grant flick. Or you can invest in a new 4K digital restoration on Blu-ray that’s filled to the brim with archival interviews and mini-docs — and that won’t be affected by the business decisions of platform monopolies, Comcast, or Russian hackers.

We’re going with option #2. With that in mind, here’s a holiday shopping list for the best new Blu-rays in the Criterion Collection, an organization dedicated to preserving movies as they were intended to be seen, in their original aspect ratios, with the best possible picture clarity and sound. With all of the extra features on each disc, it’s never been easier (or more fun) to spend an evening being transported to another time and place. And with the wide variety of movies available now, there’s something for everyone’s tastes. 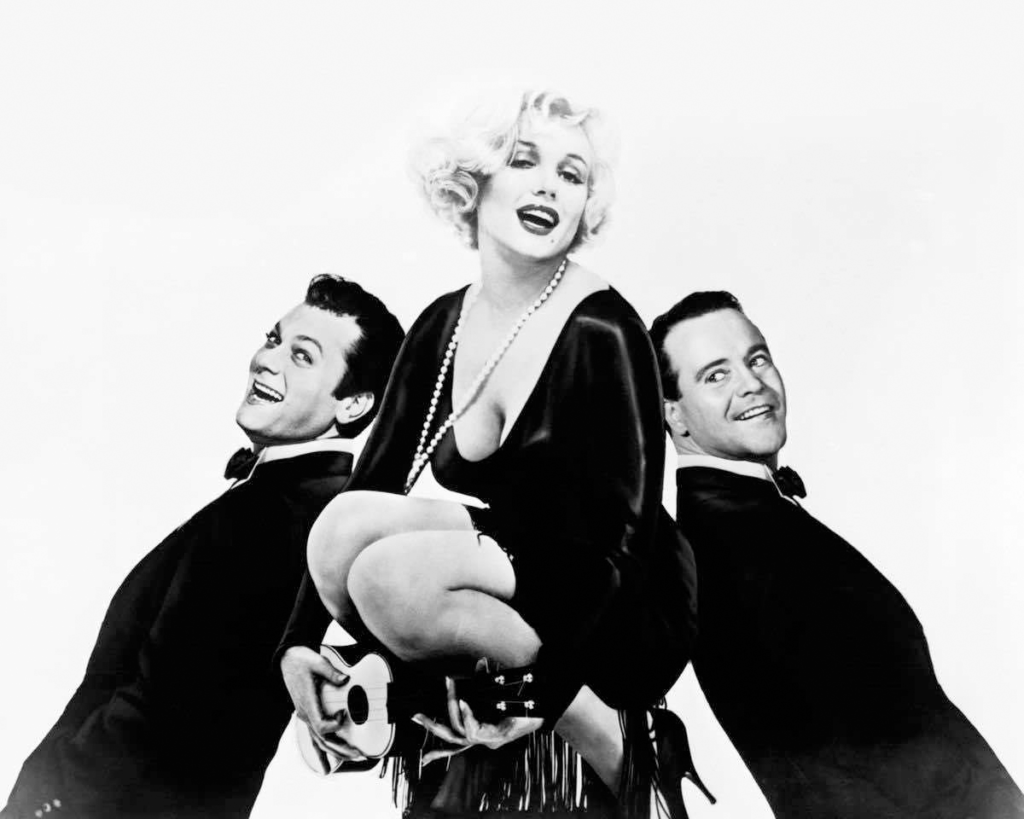 Besides having the undisputed best closing line of any movie ever, many film buffs consider 1959’s Some Like It Hot to be the funniest movie ever made, and I’m not going to argue. Seeing Tony Curtis and Jack Lemmon dress up as female musicians in an all-girl jazz band and try to score some dates still tickles. Yeah, it’d be politically incorrect today, but I think there’s enough good-natured heart beneath their ulterior motives that we are allowed to keep loving the hell out of this movie. Plus, it’s got Marilyn Monroe at her charming best, in a supporting role playing a heightened version of her own tragic façade.

The new 4K restoration is a noticeable upgrade form the last digital transfer Some Like It Hot received seven years ago, and it helps to showcase the modern sensibilities and fast pace of the film — another reason the movie holds up so well. Along with a detailed commentary track from a film scholar, this Criterion includes archival interviews with Monroe, Lemmon, Curtis, and an hour-long discussion with director Billy Wilder from The Dick Cavett Show. 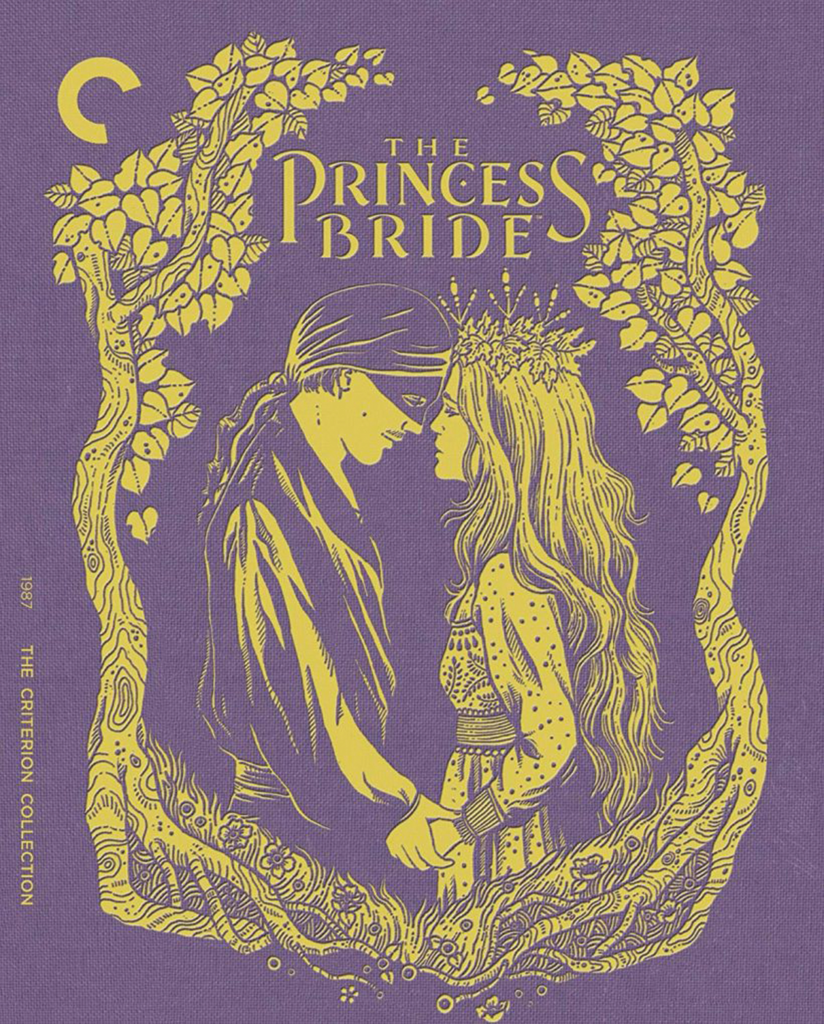 Since its release in 1987, Rob Reiner’s The Princess Bride has gone from cult movie to a bonafide family classic. Few filmic fairy tales sparkle with this much playful wit, cheeky self-awareness, and actual heart. There’s no better way to watch the unlikely adventures of Wesley (Cary Elwes) and Buttercup (Robin Wright) than on this enchanting new Blu-ray, which is sourced from a new 4K restoration. The color is deeper, the picture clearer, and the amount of extra content is embarrassingly rich.

The behind-the-scenes story of making of The Princess Bride has also grown into myth over the years, especially since the death of Andre the Giant, who provides the film with some its most touching moments. Two brand-new featurettes on the Criterion Blu-ray dig into this stuff, adding to the already-enormous treasure trove of material created for past DVD editions. You can even listen to excerpts from William Goldman’s original novel — in 1987 audiobook form, read by Reiner — and compare it with corresponding scenes from the movie. 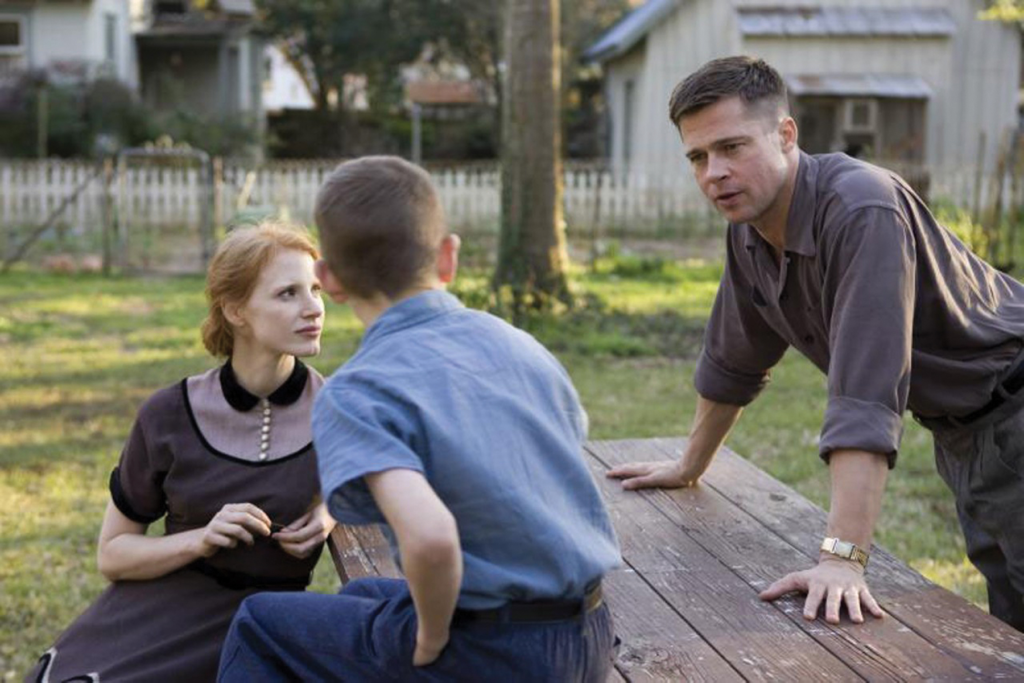 I’m going to go out on a limb and say that the next time the American Film Institute refreshes its list of the 100 Greatest American Films of All-Time list, Terrence Malick’s transcendent 2011 epic The Tree of Life will be one of the only movies from the last decade to make the cut. Jessica Chastain and Brad Pitt play the parents of three boys growing up in Texas in the 1950s, and Sean Penn plays one boy as an adult in the present day. Malick and Oscar-winning cinematographer Emmanuel Lubezki both have an gift for catching fleeting moments of beauty in everyday life, and that’s on dazzling display here. With a few flashes of traditional narrative, Malick sets his wondrous montages to stirring classical music, with yearning, poetic voice-overs.

If that sounds pretentious, it is. But if you succumb to its meditative pace and let your mind take in the grandeur of existence during the mind-blowing Creation sequences (yes, there are dinosaurs), then the 139-minute running time may leave you in a trance, pondering your own existence. The real cause for celebration, though, is that Malick secretly worked on an extended version of The Tree of Life, featuring 50 more minutes of material originally shot for the film. The Blu-ray includes both the original version and the long edit, the latter of which expands upon the movie’s themes of regret, guilt, and family bonds, and works seamlessly on its own terms. There’s also 90 minutes of supplemental material, making this the must-have Blu-ray of the year for cinephiles. 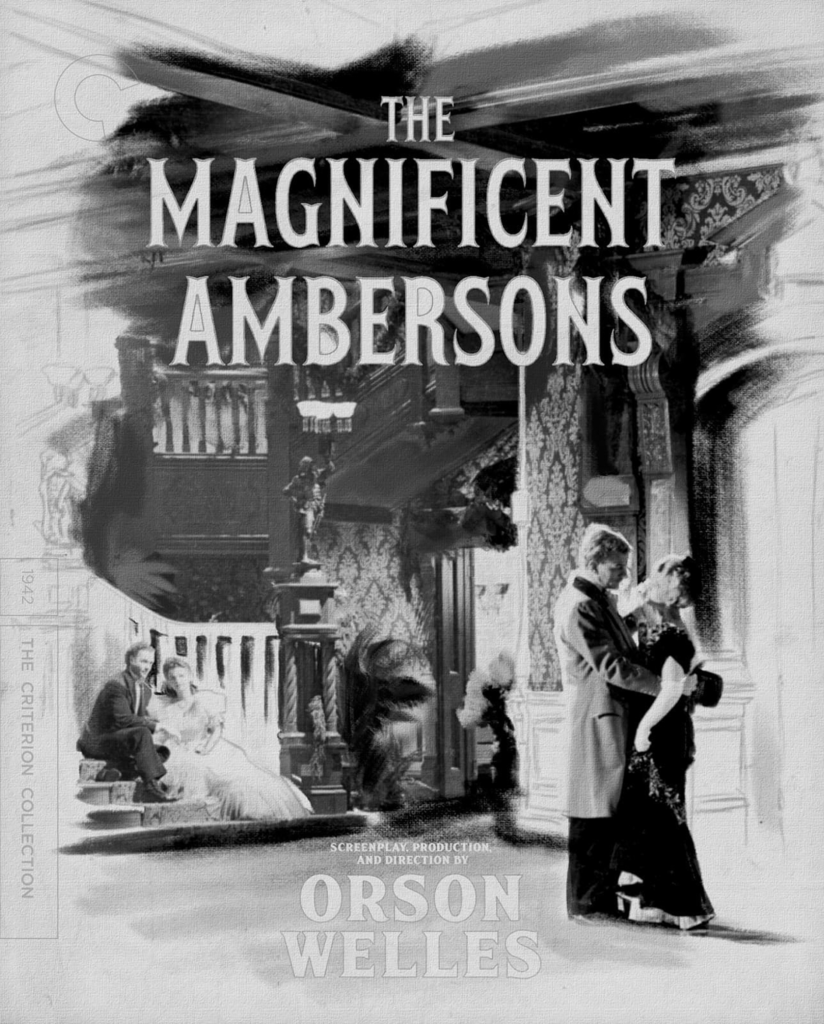 By the time it was released, Orson Welles’ second film, The Magnificent Ambersons, had been butchered by the studio — down to 88 minutes from the director’s intended 131-minute cut. Even so, it’s a melancholy and multi-layered masterpiece. Ambersons explores the decline of an upper-class Midwestern family in the early part of the last century, and in doing so expands on the boundary-pushing cinematic technique Welles pioneered in Citizen Kane. Ignoring the studio-mandated upbeat ending, few films have so richly examined the idea of nostalgia without being sickly sweet. Ambersons has previously only been available on DVD, so this new 4K Criterion restoration — complete with the Blu-ray’s rich set of video essays, interviews, and commentaries — will be a new experience for everyone, nudging old and new viewers alike to dream about what could have been. 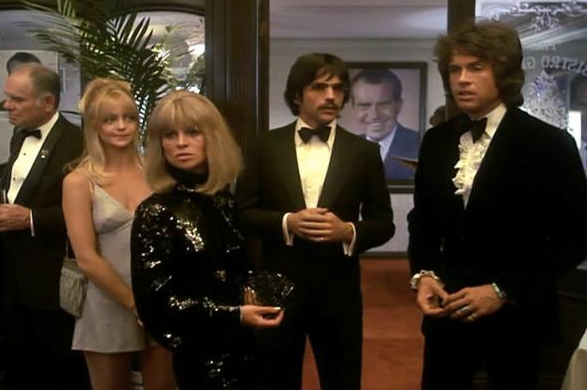 From young hipsters to aging politicians, everybody is an elitist in the 1975 Hal Ashby (Harold & Maude, The Last Detail) oddity Shampoo, which is finally making its Blu-ray debut. Warren Beatty, who co-wrote the film, plays a bed-hopping hairdresser whose renown gives him access to women like Goldie Hawn, Julie Christie, and Lee Grant. On one level, it’s a breezy screwball comedy, but Shampoo takes place during the eve of Nixon’s 1968 election and was filmed in a post-Watergate environment, so it has no problem pointing out the hypocrisy of both generations. There are only two features on this Criterion Blu-ray, but the 2018 discussion between critics Frank Rich and Mark Harris is illuminating. 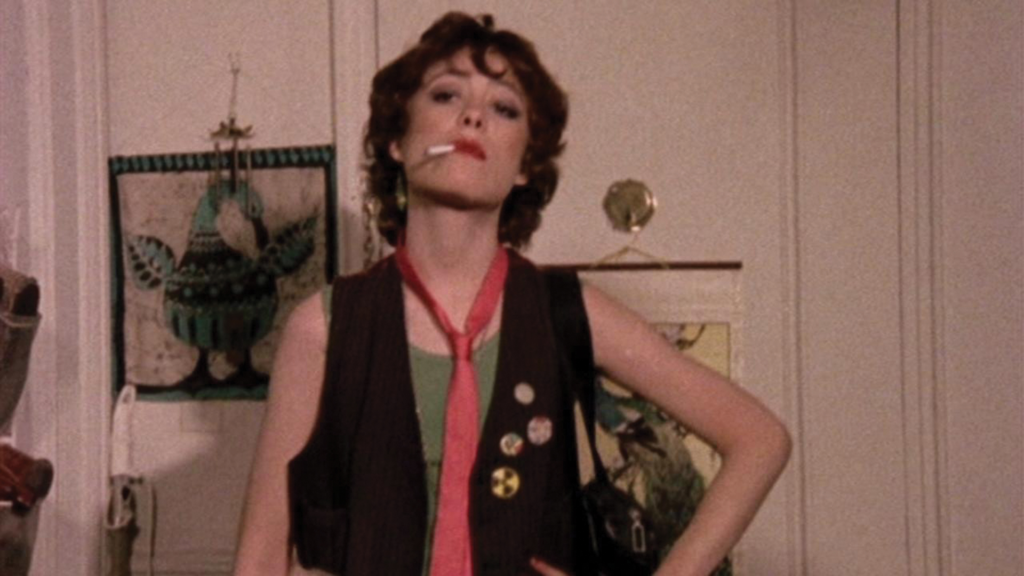 Another rewarding snapshot in time is the New York-shot Smithereens, directed by Susan Seidelman (Desperately Seeking Susan) in 1982. Wren (Susan Berman) is a single-minded young woman convinced that hanging around with cool bands and posting Warhol-like flyers of herself all over town will rescue her from anonymity. NYC punk pioneer Richard Hell plays a variation of himself, and the story is simple, blunt, and effective. The real stars of Smithereens are the seedy bars and apartments of the East Village, and the freewheeling existence of its characters. Two of Seidelman’s NYU student films are included in this new Criterion Blu-ray, along with a new interview and commentary. Overall, they add up to a rare and honest glimpse into one of the most glamorized scenes of the last century. 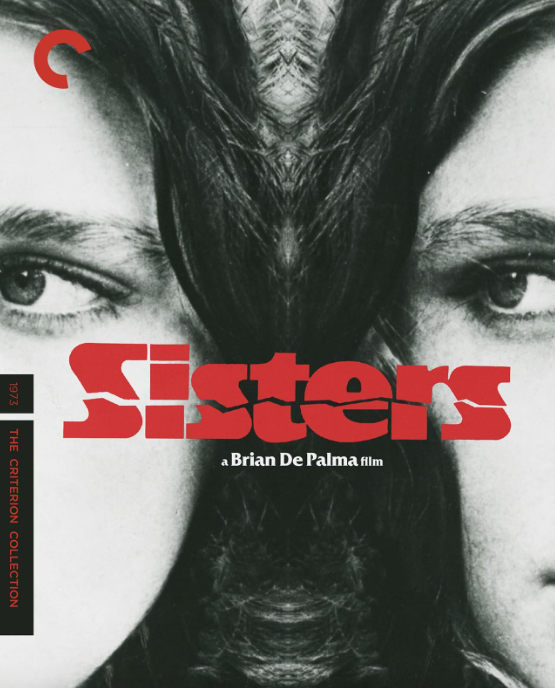 Before the campy cult musical Phantom of the Paradise, and the Stephen King horror adaptation Carrie, Brian De Palma went for broke with 1973’s Sisters, a sordid circus-sideshow Rear Window knock-off, complete with deep focus shots and long takes. The movie is deliriously entertaining. Margot Kidder plays the twin sisters of the title, and it’s not too much to give away that at least one of them is deranged. Legendary composer Bernard Hermann (Psycho, Taxi Driver) contributes a score that’s as extreme as the film’s arthouse proto-slasher tendencies. New and archival interviews, plus a new 4K remaster make this Blu-ray another impressive package — perfect for anybody with a sick sense of humor.