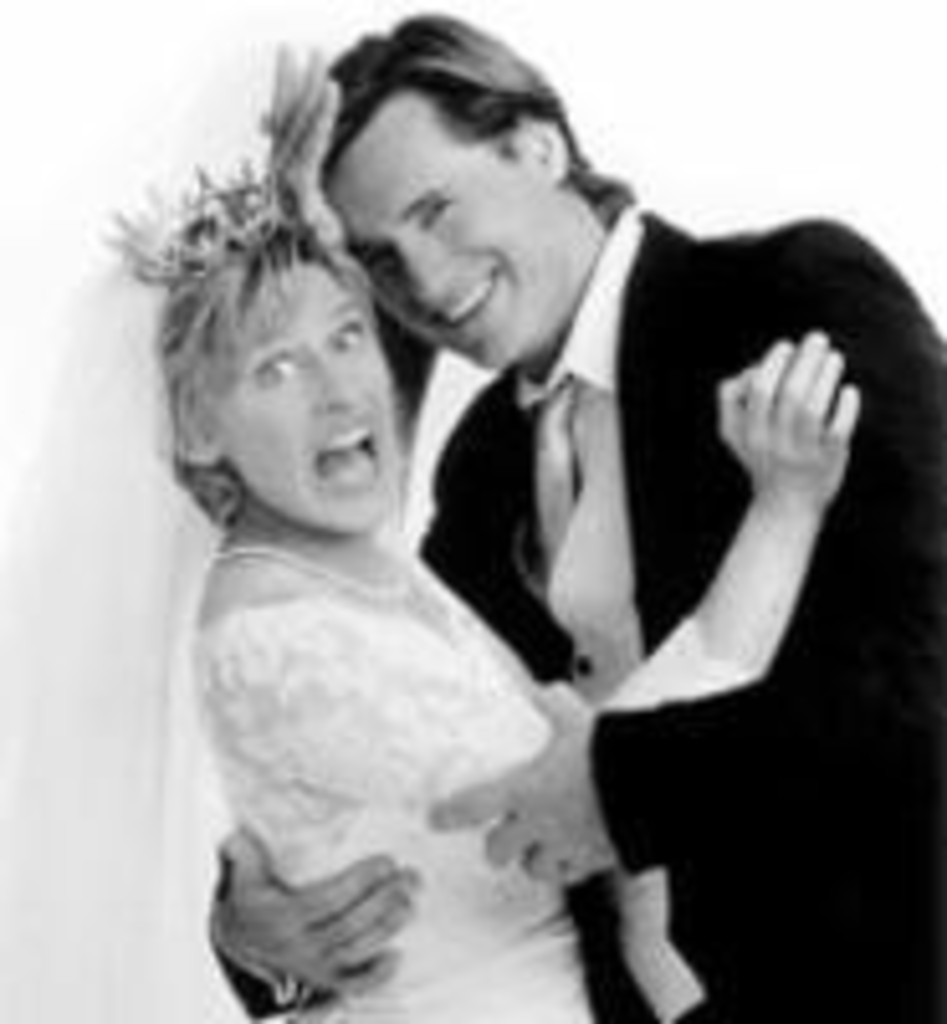 Five years ago, this interview would have been such the big deal—the coup of the year, the elusive great white at last wriggling on the hook. At least, that’s how she was treated back then, when she still took her meals in that velvet closet. She attracted the spotlight (some might say she grabbed it and aimed it directly at herself) and was delighted when journalists came around begging and pleading for her to tell them everything. Who wouldn’t have been? Only the crooked and corrupt—or the unreasonably sane—hide from open microphones and leering cameras; everyone else waits his turn, especially little girls from New Orleans who grow up in modest homes tended to by parents who idolize the famous. Everyone dreams of being so well-known his face peers out from every newsstand in the country—all eyes fixed on him, all necks straining to catch a glimpse of the private life made explicitly public. Of course, only those who’ve actually been there will insist that dream doesn’t come without a corresponding nightmare. They’re the Garanimals of fame, matching tops and bottoms in one-size-fits-all.

“I was raised with people who loved celebrity, and we didn’t have any money,” Ellen DeGeneres says now, her voice so oddly familiar and intimate even over a phone line. “And I knew celebrities got a lot of attention, and another thing is celebrities had a lot of money and everybody loved celebrities. So those were all really important things to me, and I always wanted to have that kind of feeling.” In 1997, she got it: Her face stared out from every celeb-obsessed magazine, her crooked smile hinting at the bewilderment and resentment that would follow soon enough. Entertainment Weekly wondered, “Will Ellen DeGeneres’ Alter Ego Come Out With Her Hands Up?”; “Will Ellen Still Wear Pants?” read the front of Newsweek. Time said only, “Yup, I’m Gay.”

She still is, and five years later you’d think it wouldn’t be a big deal. To anyone. Ever. Hard to believe it ever was, except maybe to Jerry Falwell, whose close connection to God still couldn’t muster him better material than “Ellen DeGenerate.” But still it lingers—The Gay Thing, as though her sexuality is all that defines her. Almost each piece written about her during this current tour, which began with four Los Angeles club dates in April and winds up this month in Fort Lauderdale, echoes the same theme: “She’s still gay,” as though her being a lesbian is little more than a fad on its last legs. Not too long ago, she says, there was even a bomb threat at one of her stand-up shows. Little wonder it’s been awhile since she embarked on such a long tour; who needs such tsuris?

“For a while there, right after I came out, I felt like everybody loved me,” she says. And they did. Some 40 million viewers tuned in to watch her counterpart—Ellen Morgan, star of ABC-TV’s Ellen—come out on national television. She announced it on an airport loudspeaker, just to make sure no one missed it. You’d have thought she was announcing a cure for cancer, not just letting the world know she liked sleeping with women (and one in particular, that lunatic Anne Heche, for whom there is no such thing as private or even prudent or rational). But, all the same, it was kind of fun. It even made her mother, Betty—the national spokeswoman for the Human Rights Campaign’s National Coming Out Project and the author of Love, Ellen—a bit of a celebrity. It was a blast. For about this long.

“That whole period was very exciting to me,” she says. “But, you know, I knew there were people who didn’t like me, because we had, you know, a bomb threat during the taping of Ellen and death threats and all that stuff. There’s kooky people out there, and, you know, there are still people out there who, you know, for whatever reason, you know…” Her voice trails off for a moment. She hops aboard a new train of thought. “But, I think for the most part, there’s been a lot of people that have changed, and I think the world is a different place now.”

Maybe so. Probably not. After all, not much has really changed in the last few years. In 1998, Ellen was getting canceled by ABC for being, ya know, too gay. Only a few weeks ago, DeGeneres was getting the boot from another network: CBS announced in May it was not renewing The Ellen Show, on which DeGeneres played an Internet exec named Ellen Richmond who returned to her hometown and got stuck there. Think Providence, only not nearly as funny.

It’s often said that Ellen was axed by ABC because it was too “political,” too preachy—too much about her sexuality, too little about her comedy. Which is, in retrospect, so much garbage. Ellen was as much a victim of network politics as it was a casualty of its writers and star’s decision to push DeGeneres’ agenda of delivering a thoughtful, funny show about a woman in her 30s grappling with her sexuality. When it debuted in 1994, the show was produced by Disney—which later purchased ABC, meaning the network now owned the show. The series had simply become too much of a pain in the ass for ABC execs, who had seen major advertisers pull out (and how ironic is that?) over issues of content. Network censors actually killed a benign line in which DeGeneres jokingly told the actress playing her girlfriend, “I said I want to take you like a wild animal,” which pales next to every tired fag joke that passes for clever on Will & Grace these days. It was easier to kill the show than tame it.

The circle was closed at CBS when the company that originally produced the series, Artists Television Group, dissolved and left The Ellen Show in the hands of that network. Though DeGeneres insists CBS boss Les Moonves has been nothing but kind in his dealings with her—after all, he did tap her to host last year’s troubled Emmy Awards, where she killed even in the shadow of September 11—the tarnished Tiffany Network likewise sacrificed her far too soon. Though her sexuality wasn’t much of an issue—she announced she was a lesbian in the first episode, as though anyone was still wondering, and pushed past the pink curtain—the show lasted only a season. It had a bad time slot at first (Friday nights), got bounced to Mondays (where it did slightly better), got yanked in January and then again during sweeps and, truthfully, probably wasn’t as funny as it could have been. It succumbed to guilt by association: CBS, after all, is the network that brought you Baby Bob, the first network show hatched from a commercial and, possibly, the worst thing ever put on the air.

“The things that stay on I can’t believe,” she says, “and the things that get canceled definitely had at least possibilities of being smart. But networks are not looking at the audiences and realizing that there’s a lot of people out there that are smart and want to think. What’s on television I don’t think represents everybody out there.”

But maybe, she figures, she was also a victim of her own fame—and consequent infamy. Perhaps people didn’t watch The Ellen Show because they were tired of her, tired of just hearing about her. America had Ellen DeGeneres hangover; enough already. “There may be people still, especially at that time, still on the fence, deciding,” she says. “Or maybe they already made up their minds—they just don’t like me anymore. And I think that I may have been suffering from that a little bit. People need a little bit more time to re-evaluate or to maybe forgive or rethink their decision. I don’t know. But I think that it was a combination of a lot of things.”

It didn’t help that only last year, her bizarro ex was peddling a too-much-information tell-all (“[Ellen and I] went inside and had the best night of lovemaking I had ever experienced”) about her trip to the fourth dimension. If DeGeneres is through being too famous, Heche can’t get enough—even if, or maybe especially if, that means throwing her old lover under the bus just to catch a ride to the next Vanity Fair Oscar party.

After Ellen in 1998, DeGeneres frowned on returning to a sitcom. She considered launching a variety show, if only because she knew it might be impossible for people to view her as merely a character so soon after her coming out. DeGeneres even taped a pilot, only to realize she was never going to round up enough writers to keep the thing afloat for very long; her dream of being Carol Burnett died before it was ever hatched. When she returns to television in fall 2003, it will be as a syndicated talk-show host for Warner Bros. Television.

When you tell DeGeneres her sexuality is a non-issue, at least as far as you’re concerned, she’s grateful; when you tell her you don’t perceive her as a symbol, as anyone’s martyr, she’s delighted. Though she’s often told her coming out helped save the lives and sanity of so many closeted fans, it’s really no damned fun carrying the burden of others. After sweating it out beneath the spotlights, she’s ready to dim them for a while—forever, if that’s a possibility.

“Doing a talk show, I’m sure there are station managers who are nervous,” she says, “who are saying, ‘Does she have an agenda? Is her private life going to be out there for everybody?’ I go into it knowing that it wasn’t who I was before, and it’s not who I am now, as far as my private life being out there. I’m very understanding of the consequences…but I think that once the residue gets thinner and thinner and thinner and we use a very strong abrasive cleaner, it’s going to be gone. And there’ll be no hint of ever having residue there. It’ll be a brand-new shiny thing. You know, it’s like getting a piece of furniture that you’ve sanded away and you had no idea it was ever painted in the first place. I think that that’s what I was: I was a table, an antique table, and then someone came along and painted me this horrible, ugly color that offended everyone. And now we’ve sanded it off, and there’s a few chips of paint—you can still see that it’d been painted for a while—and now we’re getting to the fact that you never knew it was painted in the first place.”