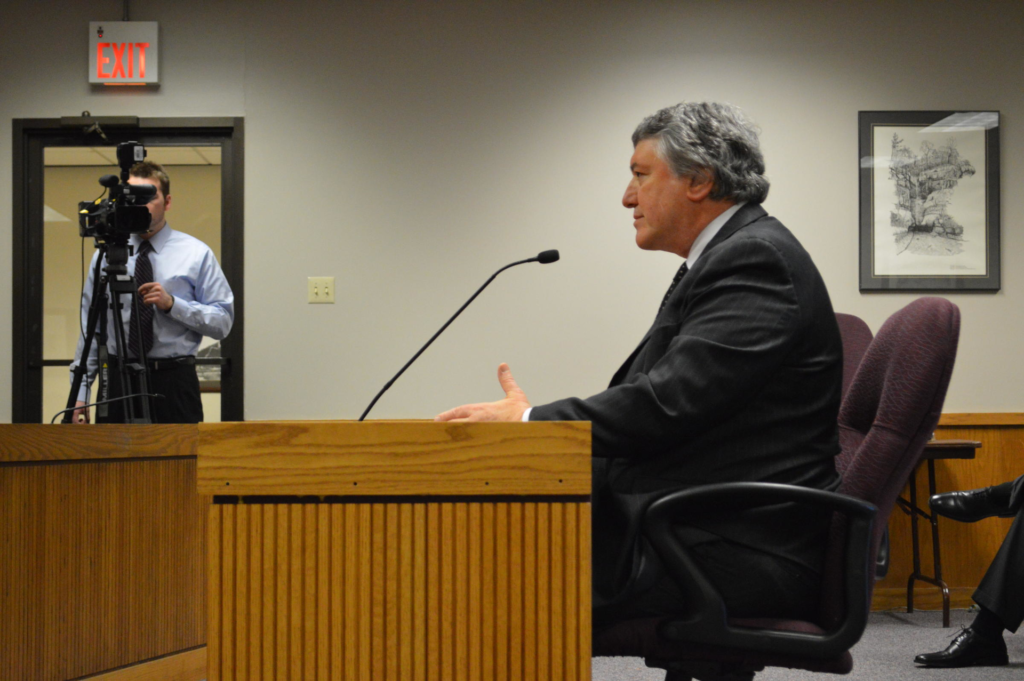 More than 11,000 Missouri Department of Corrections employees received an e-mail Thursday morning from George Lombardi, director of that state agency, announcing his resignation.

The e-mail contained Lombardi’s signature, his office phone number and the DOC’s insignia. It was CC’d to “All Outlook Mail Users” as well as to “DOC Puppies for Parole Program.”

But David Owen, spokesman for the department, denied that Lombardi had resigned, writing in an e-mail: “The director has not resigned. He continues to serve as the director of the Missouri Department of Corrections.”

When asked if a fake e-mail had been sent to employees, Owen did not immediately respond.

A woman who answered the phone at the director’s office and declined to give her name said she had not heard that Lombardi was resigning.

Gary Gross, director of the Missouri Corrections Officers Association, said he had received the e-mail, and noted that he had received numerous phone calls Thursday morning from officers all over the state, thanking the association for its help in the matter.

Lombardi and his department have been under fire for several weeks since The Pitch published a story about a pattern of discrimination, sexual harassment and retaliation against employees over two decades; these cases have so far resulted in the state paying millions of dollars, and more cases are pending. The Pitch has also reported extensively on the secrecy surrounding Missouri’s capital-punishment protocols, as overseen by Lombardi.

Lombardi had been department director for eight years, and was second in command for two decades prior to that.

Update: The St. Louis Post-Dispatch got a no-comment from Lombardi on the phone this morning after the e-mail went out. That paper’s story about Lombardi’s resignation includes quotes from correspondence it obtained in which Lombardi lobbied Missouri lawmakers to keep his job after The Pitch‘s story was published. The Post-Dispatch‘s story is a fascinating glimpse of the secretive Lombardi on his way out.

Update [3:45 p.m.]: Owen, the DOC spokesman, has written in an e-mail to The Pitch that Lombardi “will continue to serve as the director until the end of the current administration.”

Here is the Lombardi e-mail in full: 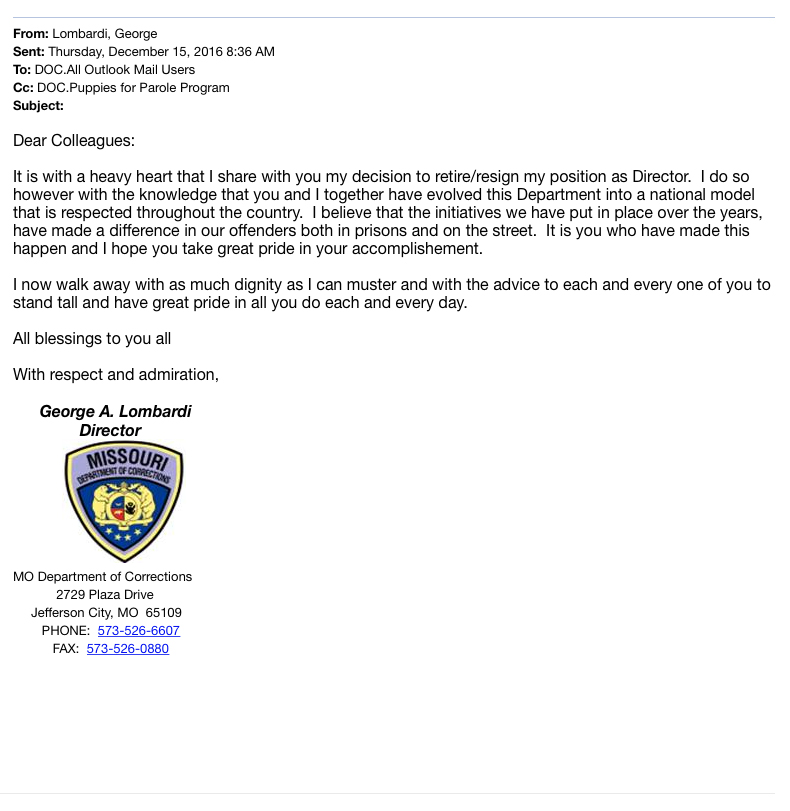