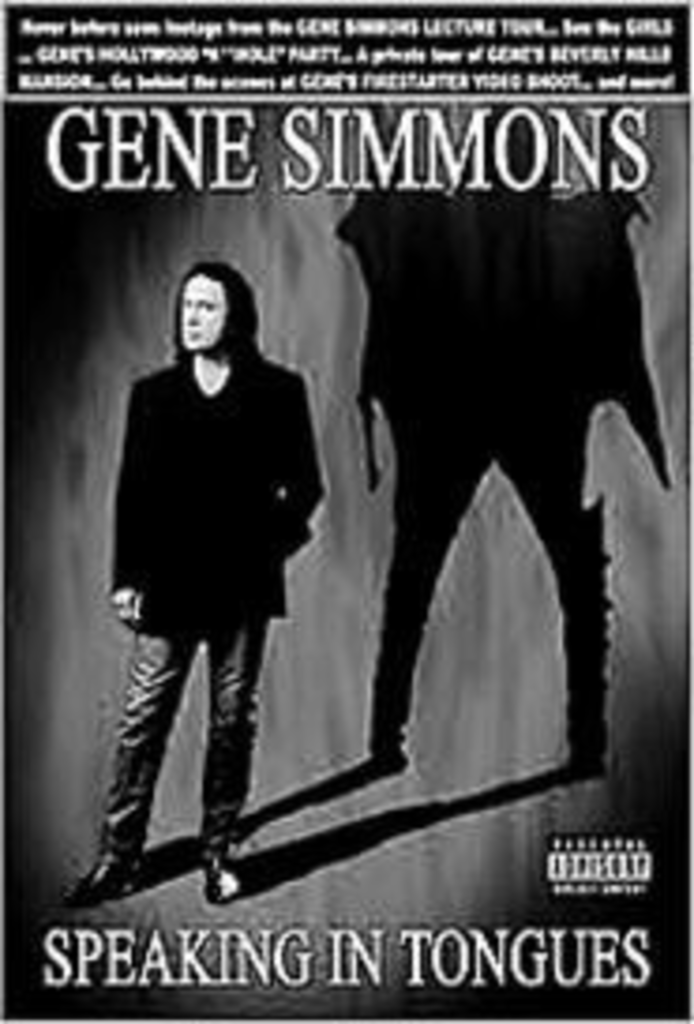 Speaking in Tongues completes Gene Simmons’ transition from demon-bat rock god to David Lee Roth-like bag of gas. This 65-minute DVD offers a soulless romp through all things Gene, straining to give his shallow existence a whiff of meaning and importance. It’s all everywhere and nowhere at the same time — a smarmy spoken-word performance in Australia, a self-aggrandizing tour of his gaudy Hollywood mansion, shout-outs from inebriated “celebrities” such as Poison guitarist C.C. Deville, Simmons hamming it up with siliconed Barbie dolls at a video shoot. Throughout, Simmons comes across as an arrogant jerk in serious need of a sense of humor. When he isn’t plugging his endless array of products like a carnival huckster, he finds time to dole out condescending advice (“Nobody is allowed to insult you without your permission”) that makes Tony Robbins sound like Milton. As with everything Simmons touches, Tongues reeks of cheapness; the production is awash in tacky sound effects, garish visuals, grainy camcorder footage and, worst of all, a laugh track. Not that it needs one — Tongues draws plenty of inadvertent guffaws on its own.