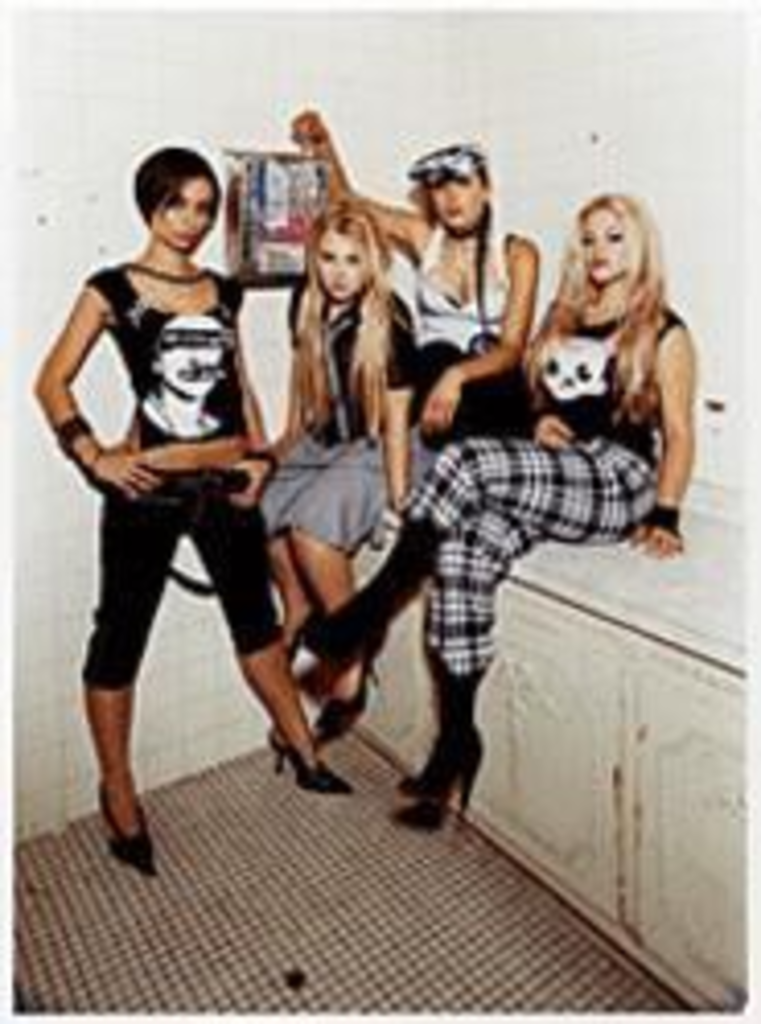 Tours characterized by single-gender participation and consistently abysmal quality are nothing new. For recent examples, see the all-male suckfest Family Values or the prune-provoked geriatric stool sample known as the Kiss-Aerosmith tour. These events are seldom billed using gender-specific terms, such as Boys Gone Wild or Sleazy, Slimy Grandpas. By contrast, when several shitty female-fronted groups decide to pool their terrible tunes, the marketing machine goes into overdrive, and music fans get something like Girlz Garage.

Let’s recap the lineup for this lamentable event, an offshoot of the annual summer skater boi’s camp Warped Tour. Until it dropped out for unspecified reasons, the hip-hop trio Northern State ranked as the most buzzed-about band on the bill. In its allegedly hip versions of the educational raps with which teachers, parents, librarians and sitcom characters have tormented cringing children for years, Northern State shoehorns feminist and literary references into poorly conceived rhyme schemes. In one of the most embarrassing non-sequitur strings in recorded history, Guinea Love recites, Keep choice legal, your wardrobe regal/Chekhov wrote The Seagull, and Snoopy is a beagle. Try grooving to these lines: I’m a vegetarian/Humanitarian/Imaginarian[sic]/I’m a Libertarian/The country’s getting ugly, and there’s more in store/But don’t blame me ’cause I voted for Gore.

None of the remaining acts is relentlessly awful or self-satisfied enough to fill Northern State’s shoes, though it might be entertaining if one was. (Feel my wrath/I just read Sylvia Plath!) Instead, these groups murder with mediocrity. Take Lennon, the angsty siren whose songwriting talents pale in comparison with not only John Lennon but also Julian Lennon, the Lennon Sisters and “Three Songs of Lenin.” Then there’s Lillix, an ungodly amalgam of Avril Lavigne’s fashion and Wilson Phillips’ sound.

To discover the roots of Lillix fare, we must flash back to the Lilith Fair, when so-called women’s music took a corporate-sponsored bow in the spotlight. Or even before that, when the Michigan Womyn’s Music Festival started augmenting folk, punk and folk-punk sets with radical feminist workshops, or when Olympia, Washington’s riot grrls made a revolution out of remarkable, raw-nerve rock. Like hip-hop in its early stages, this music wasn’t cuddly. Bikini Kill’s “White Boy” (White boy/Don’t laugh/Don’t cry/Just die!) fired a polarizing warning shot to rival N.W.A.’s “Fuck tha Police.”

White boys were scared, but they didn’t cry or die. Instead, they co-opted empowerment themes and used them for glitter-speckled-T-shirt slogans (“Girls Rule!”). They converted genuine anger toward male oppression into even more T-shirt fodder, reinforcing dangerously low expectations about relationships in the process (“Boys are Dumb,” “Boys Lie”). Then they laughed. Spin labeled No Doubt’s Gwen Stefani a “riot girlie,” stripping the original term of its subversive strength. Riot Grrl fought the mainstream, and the mainstream won.

The Michigan Womyn’s Festival still convenes annually in August, having outlived the Lilith Fair, which copied its blueprint but inserted chart-friendly performers. Ideally, both formats could coexist: The Womyn’s Festival boasts truly alternative acts and independent female organizers rather than a coed corporate committee, but Lilith Fair had the star power to lure apathetic fans to an event that might turn them on to feminism.

Girlz Garage has none of the above, but it does have a positive impact on its target audience. These groups play almost exclusively to teenage girls, at least some of whom plan to launch their own artistic endeavors based on what they see. (In this case, the perceived ease in overtaking the onstage talent level might hasten the process.) If it serves as a catalyst for even a handful of young women to kick-start their own projects, Girlz Garage justifies its existence. Ideally, it will inspire so much activity that “women in rock” will cease to be a novel concept, and gender ghettoization will disappear.

On the other hand, Girlz Garage provides a sobering reminder of how difficult it is for female performers to transcend their gender and how easy it is for promoters to lump every woman-fronted band together, regardless of genre. Much as punk groups who find the Warped Tour’s rockin’-mall schtick distasteful have trouble lining up summer tours that don’t conflict with that behemoth, so might female-fronted bands that wish to establish a nongender-based identity find it difficult to steer clear of Girlz Garage dates.

Finally, there’s the dubious quality of the featured acts. One school of thought posits that women should support other women’s art and move to elect female politicians regardless of the content of their work or political stances. Taken to its frightening extreme, however, this theory might eventually result in a vote for Tipper Gore or the purchase of a Northern State CD. Female musicians deserve to be judged on the caliber of their work alone; Girlz or not, none of these bands has what it takes to make discerning music fans take their cars out of the Garage.