Gelatina sprouts up in a Shawnee gelato shop 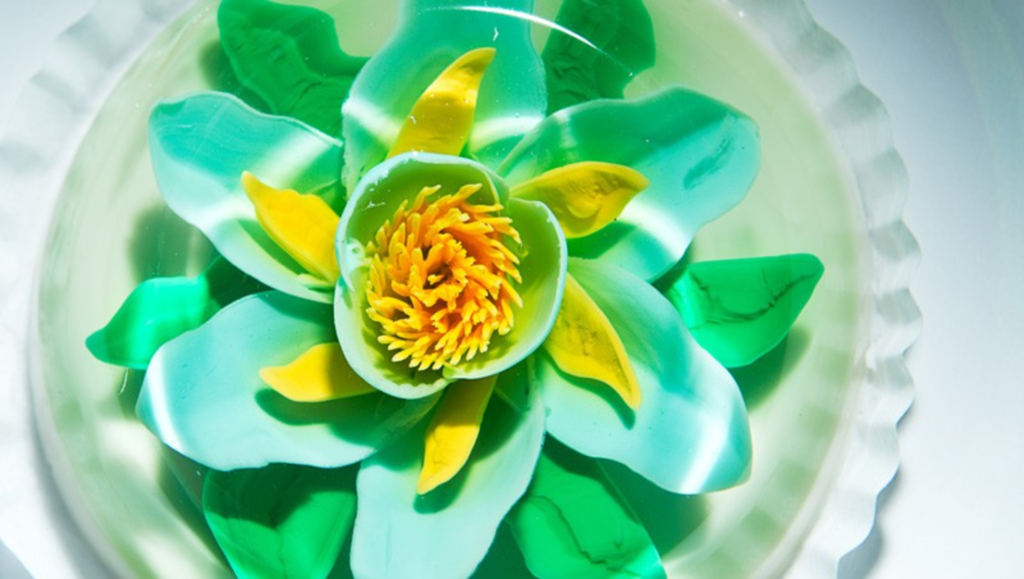 At Aunt Jean’s, a gelato and coffee shop in downtown Shawnee, a new dessert item has caused more than a few double takes. The store has started selling “artistic gelatin,” which looks like a palm-sized floral paperweight: a lifelike flower encased in a dome of clear gelatin.

“People ask, ‘Is that a real flower or is it plastic?’” says Mayte Sandoval, owner of Aunt Jean’s. “We tell them it’s all edible.”

Sandoval and her mom, Rocio, make the gelatins. Last spring, Rocio took a class with an instructor who had traveled from Chicago to teach the technique to members of the Hispanic community. According to Mayte, gelatin is a traditional Mexican dessert — gelatina — especially at parties, where serving cake and gelatin (such as colored gelatin squares suspended, mosaic-like, in a white-milk gelatin base) is like the American tradition of serving cake and ice cream. The artistic part is something new, though; it started in Mexico before spreading out to California and then to U.S. cities with good-sized Hispanic communities.

The gelatinas were added in June to the menu at Aunt Jean’s (which, according to Mayte, is also the only place in the KC area to sell Peach Nehi soda).

“In Hispanic businesses, it was already out there,” Mayte says. “So we said, ‘Let’s try it.’ It’s something new and artistic, which is always good to bring out to catch the eye of the community.” Their flower gelatinas are also on the menu at Fogones Mexican Delights, a few doors down from Aunt Jean’s. (That restaurant is owned by Mayte’s dad.)

On the hottest day of the summer so far, Rocio demonstrates for me how she puts the flower inside the dome. She had made the base — the clear encasement — the night before, using flavorless gelatin, water and sugar, then adding a flavoring (strawberry, pineapple, mango, vanilla or coconut) before pouring the mixture into a dome-shaped plastic-cup lid to set overnight.

For the flower, she blends milk, condensed milk, flavorless gelatin, vanilla and a stabilizer; pours a little of the concoction into three separate containers; then adds yellow, pink and green powdered food coloring to each. Working on the flower upside down, she draws the yellow, milky liquid into a syringe with an angled needle, which she lightly jabs into the middle of the clear gelatin, rotating the cup slightly and pressing down on the syringe’s plunger to release the liquid. This is the flower’s stamen.

After the gelatin thickens in the refrigerator for a couple of minutes, she pours a thin layer of the remaining milk mixture on top. The completed dome is refrigerated again, waiting to be unmolded with the flower right-side up. The result is firm, almost hard; it is not Jell-O. It tastes mainly of the flavoring added to the clear gelatin. 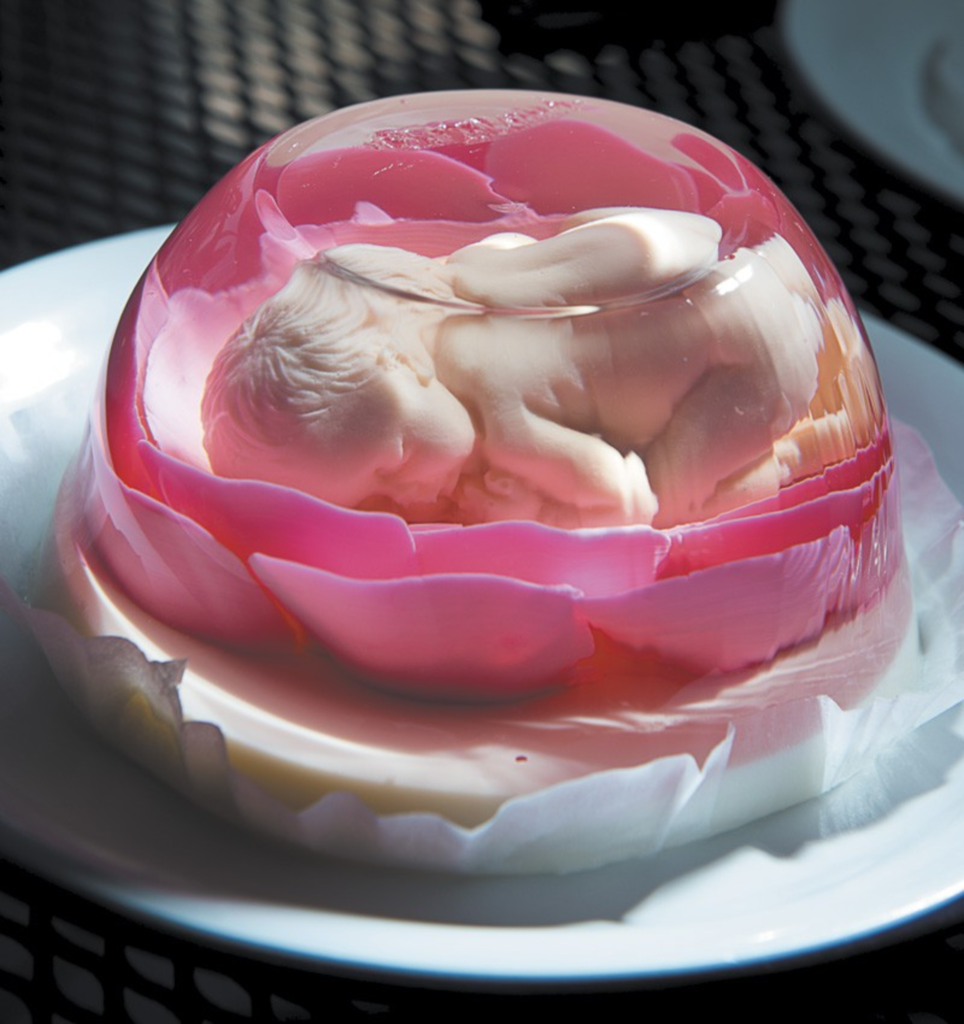 The flower gelatinas cost $3 for a small or $5 for a large. In addition to the floral domes, the Sandovals offer a range of designs, such as a flower in clear gelatin in a plastic champagne flute ($4) or a naked baby (made from a mold) curled facedown on a flower in a clear dome. (You can ask to add clothes or a hair color to the baby.) Almost any kind of flower can be had — sunflowers, roses, poinsettias — and images or logos can be printed on edible paper to place under the clear gelatin.

A cake topped with a giant flower goes for $17 and serves about 10 people (with bigger cakes ranging from $35 to $120). There’s also a “cake” that’s solely gelatin; one version is a woman’s pregnant torso, the pink-and-white bustier parted to reveal a little baby curled facedown in the clear gelatin stomach.

The babies, you see, are on Rocio’s mind. They’re her favorites to make because she finds the results cute, but there’s another reason: Her other daughter is pregnant with Rocio’s first granddaughter.

Mayte isn’t as into it. “The baby has to be for showers,” she says. “Otherwise, I’ll stare at it and don’t know where to start. People come in and stare at it and ask what it is.”

I ask if learning the art was hard. Rocio says she got the hang of it after practicing four or five times on different gelatins.

“It’s more having confidence in what you’re doing,” Mayte tells me, translating for Rocio. “That’s mainly it.”