Gay penguins still at large in the Northland 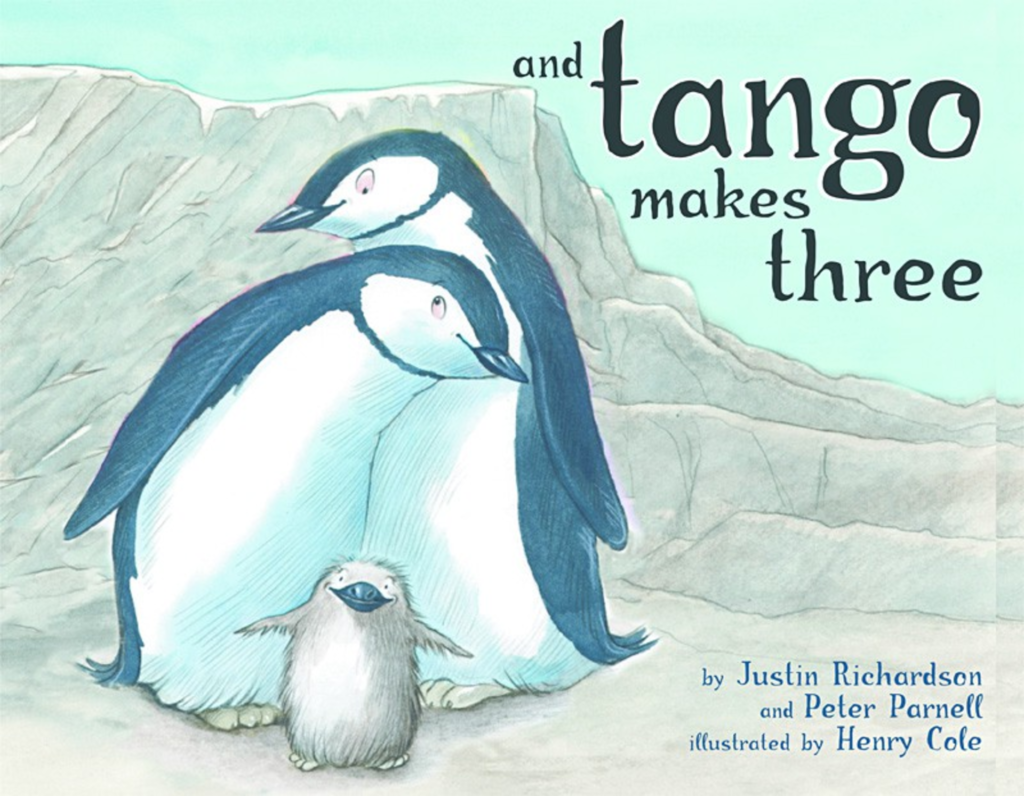 Dixon wanted the children’s book And Tango Makes Three removed from circulation at all North Kansas City schools. The book is based on the true story of two male penguins at New York’s Central Park Zoo that live together as a couple. In the book, the penguins raise a healthy young chick from an egg, and the three become a functioning family unit.

Dixon believed that And Tango Makes Three, aside from its obvious pro-gay nature, was not age-appropriate for young children and didn’t follow the district’s policy on human-sexuality education.

In a 3-2 decision, the North Kansas City School Board denied Dixon’s request. Kids returning to school this week will find Tango and his two dads safe and sound on library shelves, waiting to waddle over and endorse sodomy.

Board member Phil Holloway saw the threat and agreed with Dixon. “We are naïve if we say this is just a book about penguins, because it’s not,” Holloway said at a December 21 meeting.

That’s right, naifs. Take a minute to look at these penguins. They can’t fly. They’re abnormally sized. Don’t they look just a bit … queer for birds? Notice the evening-wear look. Just a bit sleek and fashionable, isn’t it? Now read your Bible. Go ahead — we’ll wait a second. Do you see any mention of penguins? No. And we all know what that means: Penguins are not natural animals. They have been genetically engineered by the Obama administration and retroactively inserted into our memories via H1N1 vaccines in a sinister attempt to make our children into gay birds.

Shel Silverstein wrote The Missing Piece, a beloved children’s story about a penetrating object being inserted. Even today, no one seems to have noticed. Clifford is, at heart, a big red throbbing head that grows and grows and slobbers. Peppermint Patty‘s overt lesbian tendencies have been documented past the point of cliché. And don’t forget her “friend” Marcie.

Dixon and Holloway were on to something. We need to move beyond just banning books and start putting these liberal-agenda-promoting commie authors in Gitmo.

God be with you in the new year, John Dixon.