Gary Clark Jr. may have absorbed the blues in Austin, but his tastes wander well beyond Texas.

Tellingly, his “play in” music included Michael Jackson, Stevie Wonder, Prince, Sam and Dave, and David Bowie. That blend, with the addition of generous echoes of Stevie Ray Vaughan and the Alberts (King and Collins), plus a little splash of Parliament’s Eddie Hazel, gives just a hint of where Clark wanted to take the crowd during a nearly two-hour spin.

The set opened gently. A few shimmering guitar chords and Clark’s slim, lanky frame (a dapper hat making him even taller) seemed enough to fill the wide-open stage. He then broke into the crowd-pleasing “Bright Lights,” one of only a few songs the crowd sang along with, and his guitar exploded into the kind of scrawling blur fans had come to witness.

But Clark didn’t stay in the roadhouse long, launching into the ’50s rock and roll of “Travis County,” an arrest story with party echoes of Clarence “Frogman” Henry’s rockin’ “I Ain’t Got a Home,” and then spinning into the slide-guitar of the pistol-driven “my baby ran off” tale “Next Door Neighbor Blues.” Even within his slide work, Clark’s distinct style, with generous spaces and silences building tension for each solo, came through. 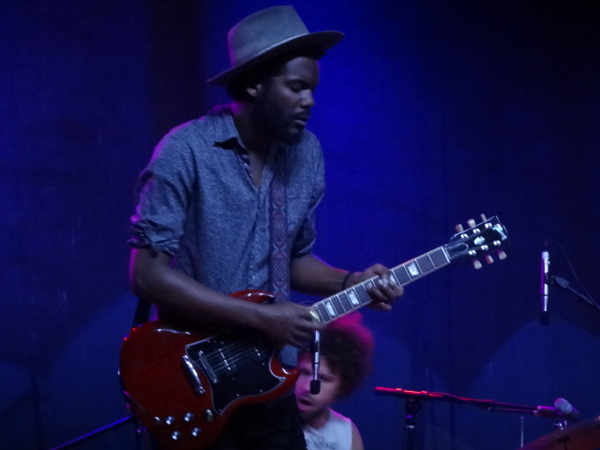 With a few quiet falsetto notes, Clark’s attention to the early days and sounds of R&B took over, and his voice and lyrics began to move center stage. Behind him, the band proved able to follow him anywhere. Rhythm guitarist Eric “King” Zapata, whose sculpted Mohawk was one of few visual accents onstage, proved with blistering solos he’d be a star lead guitarist in many bands. Drummer Johnny Radelat and bassist Johnny Bradley kept each song tight and taut, while still giving Clark plenty of room to work.

A third of the show’s selections came from Clark’s latest, The Story of Sonny Boy Slim, and those songs made it clear that with his next record, there’s no telling where he might go. A loose, slanky “Cold Blooded/BYOB” medley released Clark’s funkiest guitar and sultriest falsetto, and “Shake,” a stripped-down tune with a mid-’60s flashbacks (think the Animals, or maybe Them) whirled into a guitar frenzy. 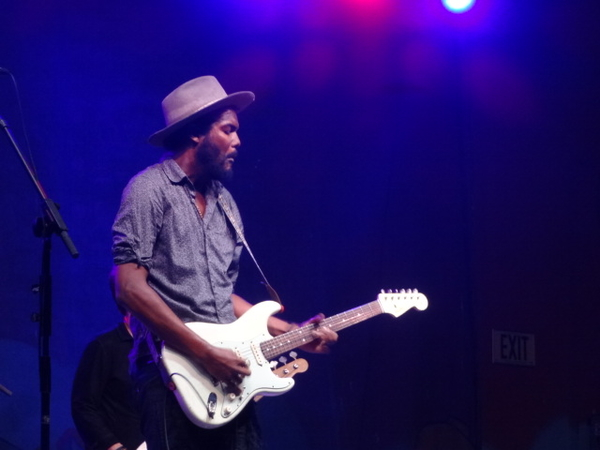 For the encore, Clark refused to play it safe, even as opener Eric Tessmer joined his crew for a triple-guitar attack. The almost vocal-only “Star” quieted the crowd, but soon enough came the piercing, endlessly crescendoing guitar work and start-stop rhythms of “Grinder.” Clark then smoothed things one last time with the slow jam “Down to Ride,” only to crash into the final psychedelia of “Numb.” As he moved from style to style, influence to influence, whispers to screams, he also had worn down the crowd, but he never took them for granted. His graceful stage presence — and his dazzling guitar — left an almost full house still ready to ride. 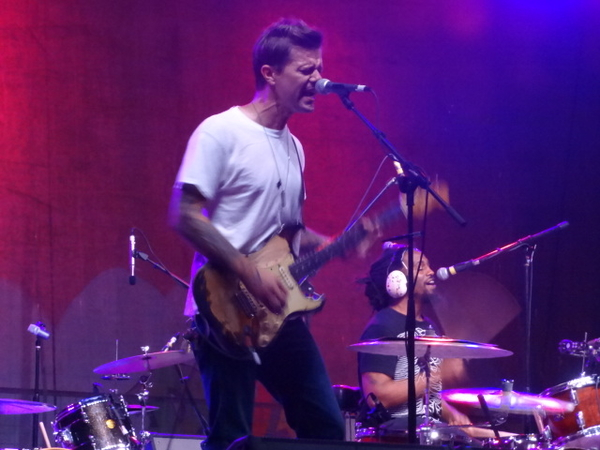 Leftovers: While Clark changed guitars constantly, even in the middle of songs, opener Eric Tessmer played a single battle-scarred Telecaster, and his scraping, percussive blues solos have taken a toll on the well-loved instrument. The poor beast is down to bare wood everywhere but the edges.

Tessmer, who joined Clark for several songs at the end of the show and during the encore, opened the night with a traditional roadhouse blues sound loud enough to wobble portable sanitation. Unlike Clark, who was seemingly 75 percent face and fingers, Tessmer worked with his entire body — shoulders, ribs, thighs, the works. Midway through his band’s set, Tessmer took a considered gamble, saying, “Let’s deviate from the plan,” then kicking into a martial-beat “Are You Experienced,” with his guitar bringing scraping, twisted angles to frame Jimi Hendrix’s original. It was risky, and it worked.

When My Train Pulls In

Don’t Owe You a Thang