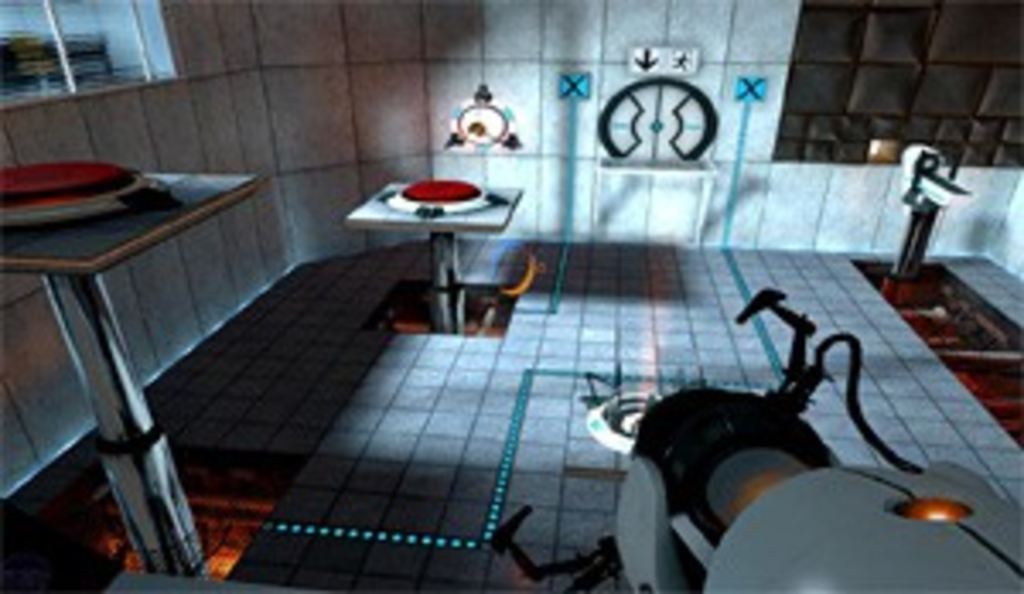 Best Sleeper Hit: WordJong (Nintendo DS) — It may not sell like Mario, but this mishmash of Scrabble and mah-jongg hooks you like handheld crack. Already a word-of-mouth hit, despite being released only this month, WordJong is perfect for quiet afternoons, loud commutes, or romantic walks on the beach.

Best Old-School Graphics: Odin Sphere (PlayStation 2) — Don’t count out 2D games just yet: This re-imagining of Norse mythology boasts a hand-drawn, painterly quality that next-gen 3D renderings haven’t managed to replicate. Each screen is like a piece of fantasy art and would look entirely fabulous airbrushed on the side of your minivan.

Best What Have I Done With My Life?! Moment: Mastering Guitar Hero III (various) — The day you beat DragonForce’s “Through the Fire and Flames” on Expert mode is the day you should step in front of a speeding tour bus. GHIII may be the year’s biggest craze, but witnessing victory over its toughest songs actually feels a bit more pathetic than exuberant. If only Finding a Cure for Cancer Hero were so popular.

Best Sound Effects Not Fit for the Wife: Conan (PlayStation 3, Xbox 360) — A barbarian’s world is littered with thong-wearing maidens in need of rescuing. But don’t forget to turn down the volume before that grateful lass cries out, Take me and crush me with your love!, lest the maiden of your household crush you with a toaster.

Best Weird-Ass Mini-Game: WarioWare: Smooth Moves’ “Toilet Training” (Wii) — In a year defined by bland and derivative mini-game collections, the best of the bunch requires you to direct crotch-clutching citizens to the appropriate facilities with your Wii remote. Is there a better way to blow 10 minutes of your life? No, there is not.

Best Substitute for Actual Machismo: Contra 4 (Nintendo DS) — Oh, the sheer badassery! Pick from four equally ripped, equally shirtless commandos. Everything you shoot, no matter how seemingly inert, explodes into flames. And you defeat the gargantuan final boss by — spoiler ahead — blasting your way into his ass and climbing up through his body until you can shoot at his brain from the inside. All the virility of a prison weight room, without the troublesome aroma.

Best Game That’s So Bad, It’s Good: Escape From Bug Island (Wii) — Here’s the Barbarella of 2007, a godawful game whose merits will shine through in time. From the B-movie title and the hilarious action scenes (stab swarms of killer gnats . . . with a pointy stick!) to the unintentionally gut-busting dialogue (“Michelle’s not like you. She would never go out with more than one guy at a time,” you tell your straight buddy, Mike. Wait, what?) and cheesy “scary” music. It’s the game Ed Wood woulda made.

Best Game: Portal (PC, PlayStation 3, Xbox 360) — All the heavy hitters of 2007 — Halo 3, Super Mario Galaxy, even the magnificent BioShock — were really just great versions of games we’ve seen before. But not Portal. Part of the five-game Orange Box collection, it traps you in a futuristic lab from which you must escape, using only a high-tech teleportation device and your comparatively low-tech noggin. It’s a puzzle game, sorta. A first-person shooter . . . kinda. It’s also so clever and startlingly original that the Orange Box’s other games might as well be packing material.