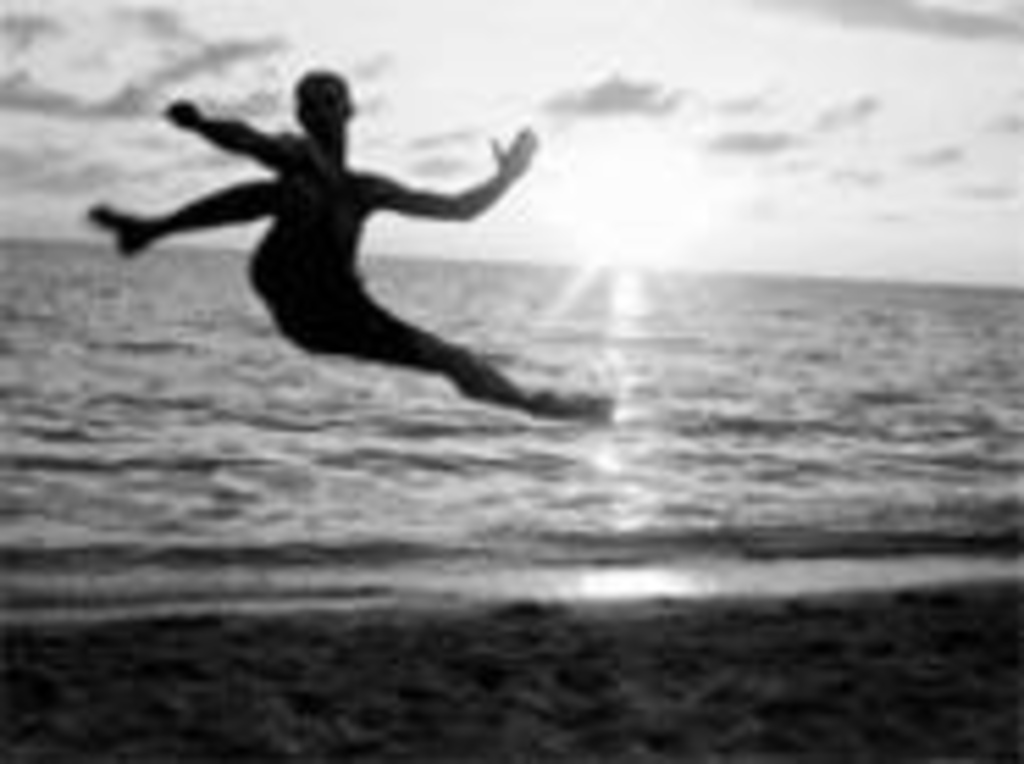 Though it’s an otherwise forgettable movie, we remember two things from Ocean’s Twelve. First, George Clooney just keeps getting cuter, damn it. And second, that scene at the end — in which the Night Fox flips and folds his body in an intricate series of acrobatics, maneuvering around randomly searching laser beams — fuckin’ rocked, even if we’re pretty sure we saw a couple of those pesky beams nick the nimble Vincent Cassel.

“That was all capoeira,” Jen Osborne tells the Pitch, referring to the Afro-Brazilian tradition that combines movement, music and martial arts. As an assistant professor at Kansas City’s school of capoeira, Grupo Beribazu, she would know.

Developed in the 1500s by African slaves, the art involves tricky movements often played near or on the ground, sometimes upside down. (It’s arguably the root of break dancing.) When members of a circle aren’t engaged in a “game” — typically two capoeiristas at a time — they’re singing and playing instruments such as conga drums, tambourines and berimbaus, which Osborne describes as “one-string guitars with gourds at the bases.” It’s the berimbau that determines the speed of the play.

In addition to casual rodas like last week’s First Friday street show in front of the Dolphin, Beribazu gives more formal performances, such as the one at this weekend’s Latino Art Bravisimo Festival. Students generally train three times a week.

Osborne says the troupe, an extension of the home group in Brazil, has been active in Kansas City for almost five years. There’s also a Beribazu satellite group in Hong Kong, and exchange programs exist for the members in all three locations.

“The problem is that people will see it and think they can’t do it,” Osborne says. But she insists that it’s possible for people of all shapes and sizes. “We have one guy in his midthirties — and he’s a big guy, has a little bit of a beer belly, you know? — but he moves around just like the rest of us. He has his own style, of course,” she says. “But everybody starts somewhere.”

So we, too, can move like the Night Fox. Now … how to meet George Clooney?