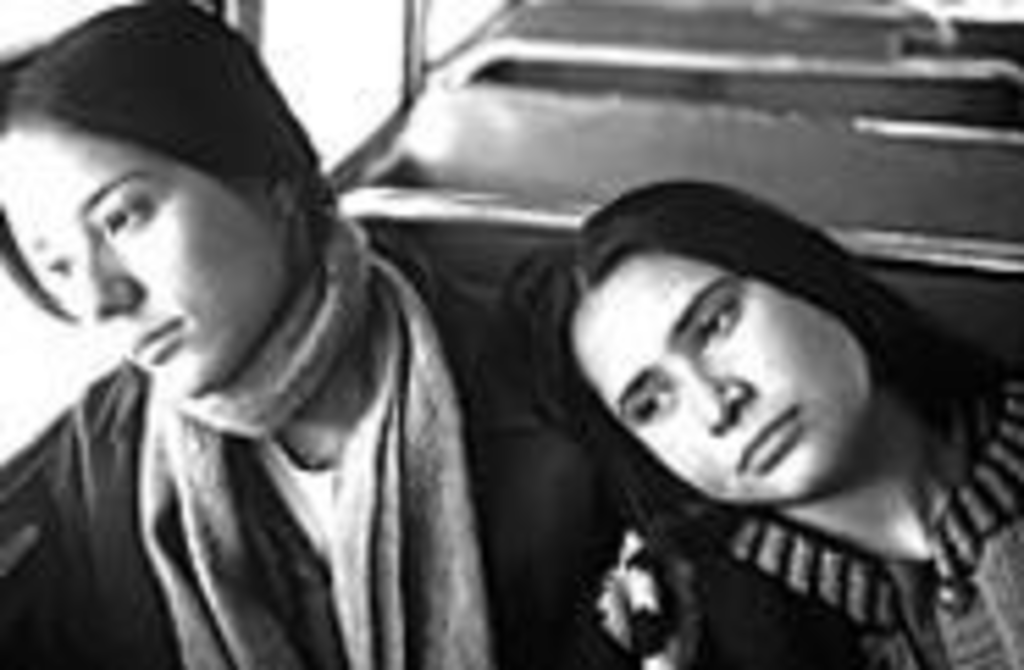 Winner of the Dramatic Audience Award at the 2004 Sundance Film Festival, Maria Full of Grace is an uncomfortably realistic look at a 17-year-old Colombian woman who, desperate for a job, agrees to swallow capsules of heroin and transport them to New York. Although a work of fiction, the film (in Spanish with English subtitles) evinces the power and grit of a documentary, thanks to an impressive performance from first-time actress Catalina Sandino Moreno and assured direction from writer-director Joshua Marston, also making his feature debut. Be warned: Scenes of Maria learning to swallow the drug pellets will make many viewers queasy. Rarely has the power of suggestion been so unsettling.

Maria Alvarez (Moreno) is a spirited young woman who lives in a small, rural community outside Bogotá. She spends her days stripping thorns from long-stem roses at a commercial flower plantation. The work is mind-numbingly dull and pays meager wages, but it supports Maria and her entire family: mother, grandmother, sister and infant nephew, all of whom live under one roof.

Maria’s life outside of work is equally unfulfilling. Everybody around her — her family; her boyfriend, Juan (Wilson Guerrero); her best friend, Blanca (Yenny Paola Vega) — seems to just accept life as it is, whereas Maria yearns for something better. She doesn’t know exactly what that is, though. Complicating matters, she suspects that she is pregnant.

Fed up with the way she is treated at work, Maria impulsively quits her job, much to her family’s consternation. In a country where 80 percent of the rural population lives in poverty, prospects for finding more work are slim.

Through an acquaintance, Maria learns of a lucrative but dangerous form of employment: transporting drugs from Colombia to the United States. “Mules” must ingest more than 100 pellets — 2-inch-long rubber capsules filled with heroin or cocaine — then get through the airport without raising the suspicions of immigration or drug officers. The risks are great: arrest, incarceration, death if a pellet breaks in your stomach. But a single drug run can net the mule $5,000, which is nearly three times the average annual income in Colombia.

Maria befriends Lucy (Guilied López), who is about to undertake her third trip as a drug carrier. She turns up on Maria’s flight — as does Blanca, who, against Maria’s wishes, has also signed on as a mule.

The situation begins to unravel shortly after takeoff when Lucy becomes ill. Once in New York, customs officials are suspicious, and the drug contacts assigned to meet the girls play rough. Afraid for her life, Maria seeks out Lucy’s sister, Carla (Patricia Rae), who has been living in the city for several years but knows nothing of her sister’s involvement with drug traffickers.

Moreno shared the Best Actress Award at the Berlin Film Festival with Monster‘s Charlize Theron, quite an accomplishment given that this is her first professional acting job. It is not an easy role. Maria is a complex character — opinionated, frustrated and not always likable. Aside from a few flashes of irritation or outright anger, though, she betrays little outward emotion. She does not ask for — or seem to expect — the audience’s sympathy.

Marston, who stuck to his guns and made the film in Spanish with a completely Latin cast, keeps the story low-key while creating believable jeopardy and tension. Rather than sensationalize the drug angle, he keeps the focus on Maria, making this her story first and foremost.

Still, the scenes of Maria and the heroin capsules are what will keep some viewers at an emotional distance from both the character and her story. It’s not about being judgmental; it’s involuntary throat spasms brought on by watching somebody else gag and nearly choke. The physical identification is so strong that it takes the viewer out of the movie.