Future shined through the rain last night at Crossroads KC 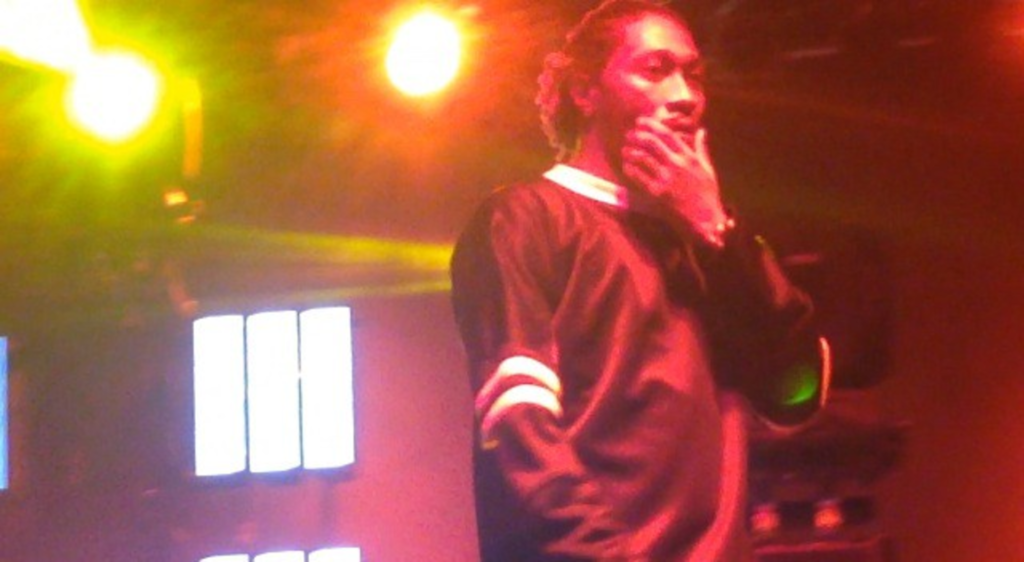 While initially threatened with cancellation due to lightning, Atlanta’s Future eventually took the stage and proceeded to romp through 24 crowd-motivating tracks.

Future’s gig was originally scheduled within the weather-resistant confines of the Midland but was eventually and inconspicuously transferred to the open-air venue of the Crossroads. As luck would have it, “open air” is the last thing that this billing needed – not to mention the added pressure of an 11:30 p.m. curfew.

Just over two hours before said curfew, the rain showed no signs of relenting and the New Orleans via Milwaukee producer and artist Rico Love had yet to be cleared to take the stage. The growing lines outside the walls of the Crossroads attested to Future’s drawing power, but the crowd’s inability to enter the venue also highlighted his complete impotence on the matter. The show was billed with two openers, the other being Future’s fellow Atlantan Que, who had to be cut due to the weather delays.

Eventually, Love was allowed to perform. As the opener, Rico not only illustrated his proficiency as an MC but also flaunted a stage presence that fulfilled the all-important role of priming the audience for the better-known headliner.

Future is currently touring in support of his second full-length album, Honest. His friend and collaborator DJ Esco supported him onstage. Typical to many hip-hop concerts, Future’s set list ranged from new hits to vetted classics, as well as a variety of tracks by other artists in which he was featured. The set kicked off with “Chosen One,” a Future original in which he reflects upon his successes and the blue-collar work ethic that brought them (a good pass at a classic hip-hop archetype). 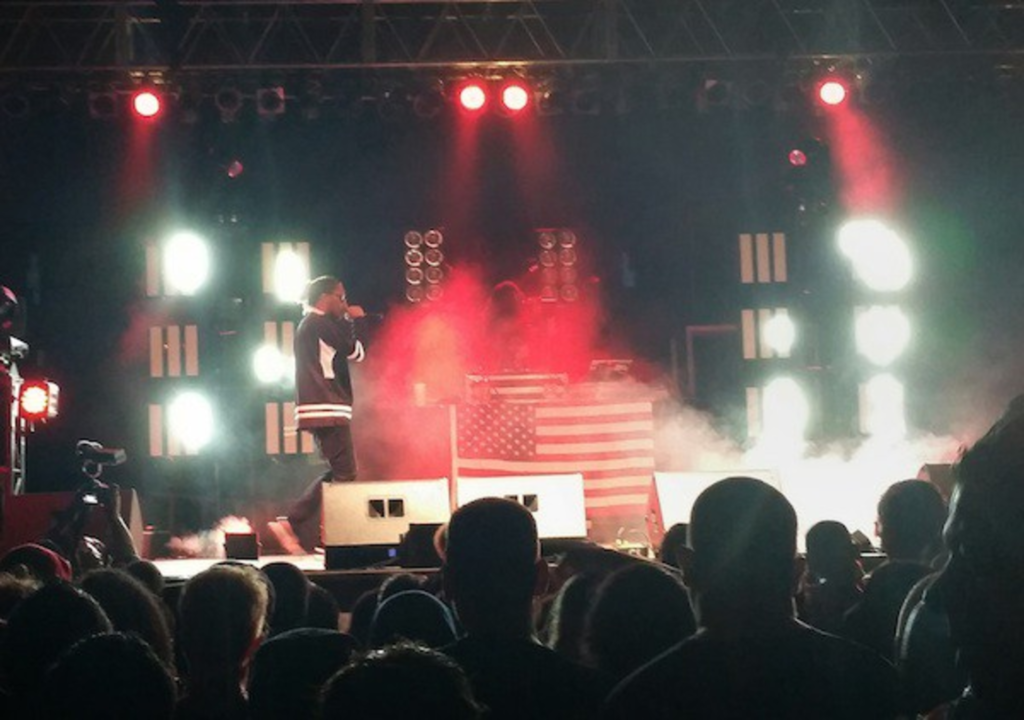 It’s hard to pin down the highlight of last night. Future’s set progressed quickly and without much interlude. However, tracks like the anthemic “Racks” and “Move That Dope” stick out, as well as the hits “Honest,” “I Won” and the raunchy “Same Damn Time.” Bit part numbers such as “Drug Money” (a Rick Ross track) or “Bitches Love Me” (a Lil’ Wayne original) surfaced long enough to build crowd excitement but imploded once the verse was about to turn over to the main author.

DJ Esco played his role well, not only in remaining on point with his backing vocals but also in cutting the track to let the audience fill in the space. With another form of music in a similar arena, you will be hard-pressed to find such comprehensive audience participation. A large number of Future’s crowd seemed to know not only the word to each of his own songs but also all the tracks in which he had made a guest appearance.

By no means was the Crossroads KC venue filled to capacity. It’s reasonable to assume that some people left before the gates officially opened, unwilling to wait for a final decision from the powers that be. The incessant wetness of rainy shows can be uncomfortable, but the cool shower was certainly a good respite from what had been one of the hottest days of the year thus far.

Still, many audience members huddled under canopies, forgoing the central dancing ground, while others soldiered on with plastic bags secured to their heads to protect their fastidiously groomed manes. Through some misguided effort to protect the patrons, umbrellas had been banned from within the venue, with one on-site security officer stating that they were considered weapons. (Please.) Hopefully, when Future returns to KC on his next tour, he’ll wind up in a performance scenario a little less wet.