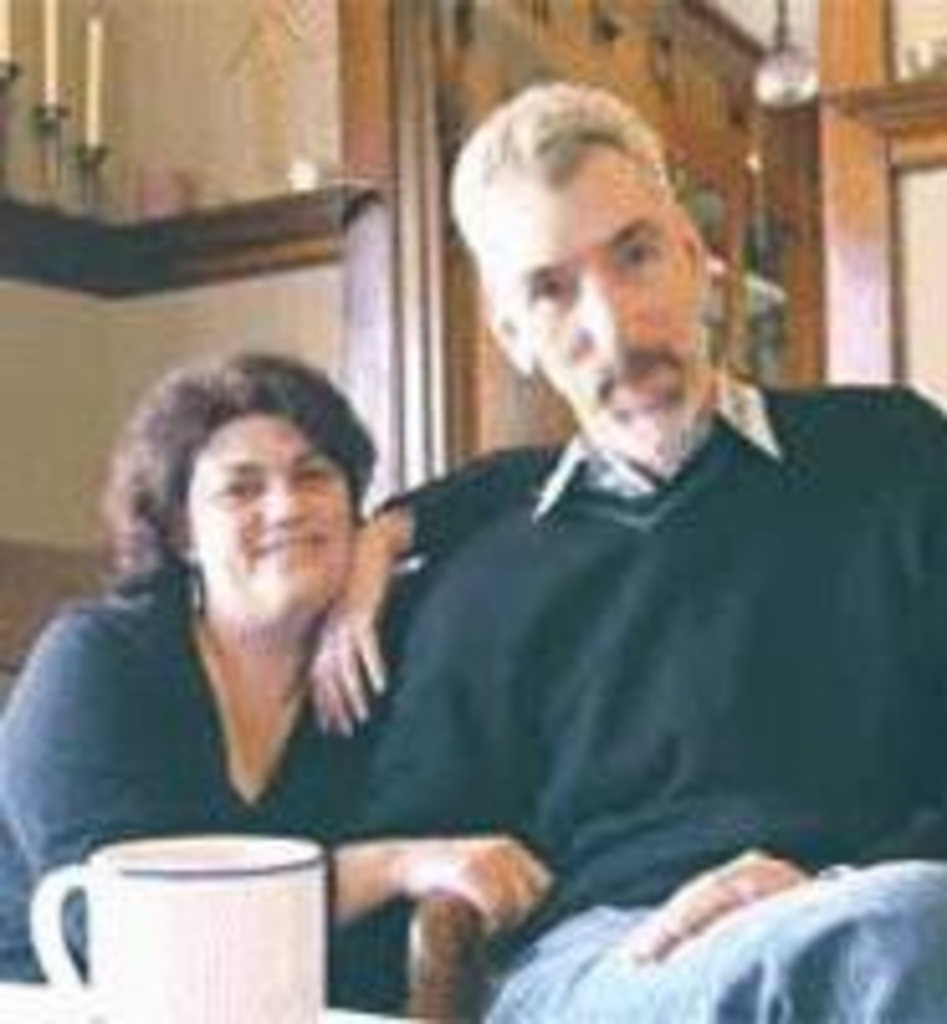 It’s a brilliant, sunny Saturday in Kansas City, the mid-November air sharp enough to require coats and hats. Everywhere, people seem to be in their yards with rakes and piles of ocher leaves. That’s true on West 57th Terrace, too, where Mark Funkhouser’s neighbors are looking industrious.

Yesterday was Funkhouser’s last day as city auditor. Today, his own front yard looks like someone had a party there last night — a half-dozen lawn chairs are circled closely around a chiminea. His son likes to have friends over and sit around the fire, Funkhouser explains as he lets me in the front door.

In a couple of days, Funkhouser will hold a press conference to announce that he’s running for mayor. By the time Pitch readers see this, the news will be out. What folks won’t read in The Kansas City Star or see on the TV news, though, is Funkhouser at home, wearing jeans and a V-neck sweater, an ancient yellow lab hanging out quietly nearby. They won’t meet his wife, the endearingly warm and direct Gloria Squitiro, a natural-childbirth instructor (she runs a company called BirthWays) who pushes herbal tea on her visitors. She doesn’t call her husband Mark — she calls him “Funk.”

Here in his dining room, Funkhouser is anything but the dour Dr. No he often seemed to be in newspaper stories about his audits — reports that pissed off parks board members and development lawyers but made Funkhouser the person at City Hall whom regular people trusted most. Today, he’s a free man. He’s exhausted. He’s smiling. He’s unemployed.

It would be a terrible day for Kansas City, except for the weird news that he’s running for mayor.

You see, Funkhouser always seemed above politics. Politics is sleazy and dirty, but Funkhouser is 6 feet, 8 inches of dignity and integrity. Besides, the mayor’s job in this town is mostly about smiling and ribbon cutting.

When I heard that he might be running, I thought he must have cracked. After all, enduring 18 years at City Hall would have to wear anyone down, and in recent months, Funkhouser had stood calm despite the most petty swipes from Kay Barnes and her shadow, Chuck Eddy (“One Bad Audit,” May 4).

But no, Funkhouser has thought about this for a long, long time — even before the last mayoral election. Four years ago, one of his staffers told him that she’d written in his name on her ballot. His auditors aren’t suck-ups, Funkhouser notes.

“I thought, Damn, if she thinks I can do this …,” he says. So, while he worked until 6 p.m. on his last day, Squitiro put together a campaign headquarters — a double-wide at the old Westside Cabot Clinic at 18th Street and Summit — and compiled phone lists, ordered computers and set up a rudimentary base of operations that cranked up for real on Monday.

“I’m not interested in the ceremonial aspects of the job at all,” Funkhouser says of the ribbon cutting. He understands that, even though Kansas City technically doesn’t have a strong-mayor form of government, it’s the mayor who appoints the city manager (with the City Council’s approval), and it’s the mayor who sees the budget before anyone else.

“It’s always a hoot to me, when people say I have no political skills,” Funkhouser says. “Let me see — I have survived in a political environment for 30 years, almost. There are politics everywhere. Politics is the elemental stuff of daily life. It’s how all decisions are made anytime two or more humans are gathered — do we want to go see a movie tonight or stay home and watch a DVD.”

At this point, readers will be disappointed if they expect me to start cracking jokes about how Funkhouser makes his opponents look like pee-wees. At Funkhouser’s dining-room table, all impulse toward cynicism evaporates.

Here are the sound bites: Funkhouser decided to run now because he’s 55 and could take his early retirement and his pension (and because last time, he would have had to run against an incumbent). He finished a Ph.D. in 2000 and has been teaching since 1990; he’s also writing a book. He has other options if he loses the election.

But it’s obvious that he really wants to be mayor.

“I think I could do a really good job,” he says. “I think that I would help a lot of people. And I think it would be big fun.”

“We gotta pay for all this stuff,” Funkhouser says of downtown’s building boom. “We need a whole lot of disciplined, rigorous financial analysis and work. Frankly, I think I’m the best shot at paying the bills they’ve all racked up. Those decisions are made. There’s an arena going up. As far as I know, it does not have a major tenant yet, so unless you want to see it all become a weed lot, we’re going to have to figure out how to sell the cheeseburgers and lattés and tickets to make it all work.”

Besides, he says, “If you read what people are saying about me as city auditor, they’re saying I did great stuff. Imagine if I had a much bigger stick.”

Conventional wisdom says the business community — especially development lawyers addicted to tax-increment financing — would come out against him full force.

Here, Squitiro jumps in. “His whole thing is that the regular people get to live in this city now, too. We decided that we were going to be completely authentic in what we were saying to people — present him as who he is, and the people of this city [will] like him or not.” Anyway, she wonders, how many overly influential business leaders are there? “Are there more than the regular people who haven’t had a voice for a long, long time?”

Ever since he announced his resignation, Squitiro says, “All we’ve had is people calling to ask if he’d run for mayor, telling him how wonderful he is, asking him not to leave the city and asking him to help in the capacity of mayor — people on our walks or hanging out their car windows, telling him they’re writing him in.”

The “utter relief” he’s feeling now that he’s retired isn’t because he wants to leave City Hall — quite the opposite.

“I’m a free man now,” Funkhouser says. “I don’t have to worry about what my 13 bosses think,” he says of the City Council. “I’m going to go around them and appeal to the other 450,000 bosses” — the people who live in Kansas City, Missouri.

What can we expect if we hire him?

In his book, Funkhouser says, he talks about “this huge and growing gap between what we say is supposed to happen in democratic government and what is happening. For example, citizen trust in government at all levels is declining in virtually all Western democracies and, certainly, in the United States. In order for democratic self-government to exist, there has to be a certain base level of trust. And that worries me.”

That’s the theory, anyway. Now, Funkhouser says, “I just want to see whether or not all the theories and ideas that I have actually hold water. Can you really raise citizen-satisfaction scores? Can you really get rid of the damn metal plates? Can you really make Kansas City just as appealing a place to live as Prairie Village? Can the schools be good? Can we have a real bus and a real transit system? Yes. That’s not easy. It’s hard to do, but I’d love to give it a whirl.”

Before all that, though, a nap. Then Funkhouser has phone calls to make, a résumé to update, basement shelves full of stuff he has to read for his book, which is due in the spring.

Outside Funkhouser’s house, it’s a couple of hours later on this same brilliant Saturday afternoon. His neighbors are still raking leaves. But somehow, the whole city feels different – or like it could be, anyway.