Funeral picketing ban to be introduced by the City Council 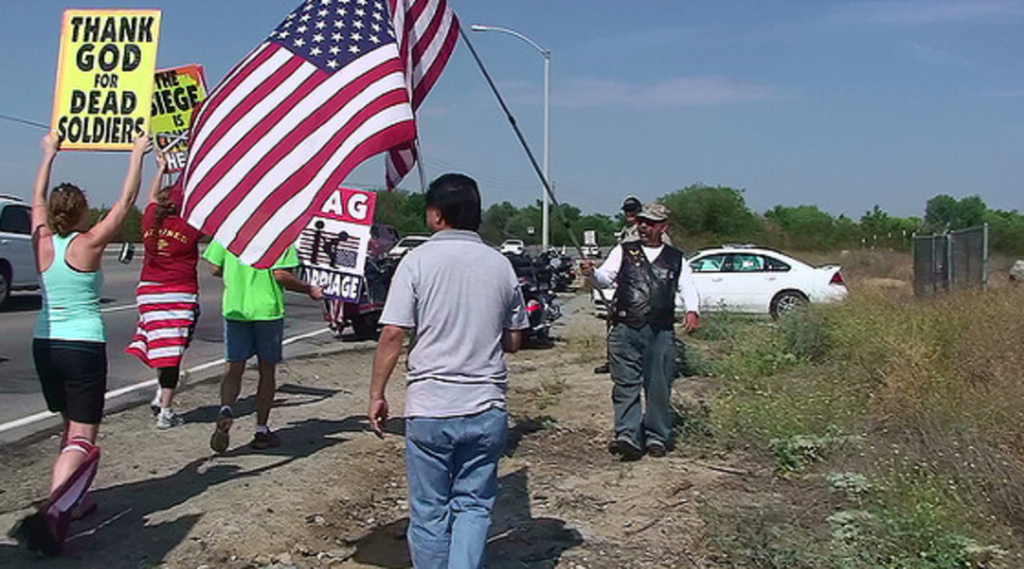 The Kansas City City Council will convene today in its chambers. Among the agenda items being considered is a proposed ordinance that would keep protesters at least 300 feet from funeral services within the city limits.

The ordinance is a duplicate of the one in Manchester, Missouri (a suburb of St. Louis), primarily aimed at stopping protests by the Westboro Baptist Church. That ordinance was upheld on appeal by the 8th U.S. Circuit Court of Appeals earlier this month. The WBC and Shirley Phelps-Roper had claimed that the law was a violation of the First Amendment right to free speech.

The KC version is expected to be introduced today before it would be sent on and reviewed by the Public Safety Committee next Wednesday. The 300-foot protest-free zone would be extended for an hour before and after a funeral or burial service. This would mark the second time that Kansas City has tried to prevent picketers at funerals. A protest ban passed in 1993 was repealed in 2009 after city attorneys suggested that it would not survive a challenge in court.