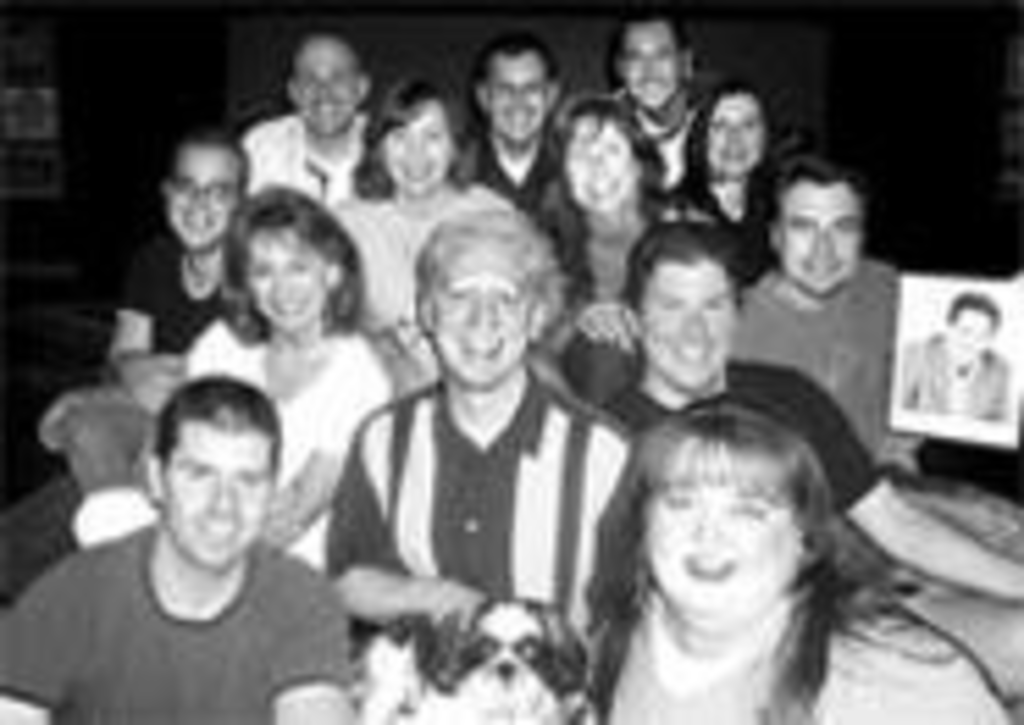 A while back, I wound up going out to lunch, even though I had packed a sandwich that day and was — as I explained to my friend — “brown-bagging it.”

This set her off. She’d long made a game of pouncing upon words and phrases that sound filthy but aren’t, and here I’d handed her a doozy. She shut her eyes, mulling it, and then, like a student taking a vocabulary test, used it carnally in a sentence.

God, I laughed. But I’m loath to share such things in a paper my mother reads, so I’ll withhold my friend’s phrase and her treatment of other words — sloppy joe, say, or corn snake.

I bring this up for reasons related to the improv and sketch-comedy groups I’ve seen lately. First, because over at Comedy Sports, where the squeaky-clean performers come on a bit like the Applebee’s gang celebrating a customer’s birthday, anyone cracking dirty jokes is subject to the “brown-bag foul,” which entails a timeout from the show and, to my mind, sounds infinitely nastier than whatever has incited it.

And second, lunch comes to mind because I have a long-standing measurement for shows like this: I’ve gotta laugh at least as much as I would over a noontime meal with my funniest friends.

Comedy Sports, Full Frontal Comedy and Monkeys With Hand Grenades are all performing this weekend. Only Comedy Sports isn’t quite up to the lunch test — but even it has moments.

Comedy Sports’ ongoing show pits two teams of improvisers against each other in a series of games, the specifics of which are determined by audience suggestions. It’s fast and varied — you’ll likely get charades-style competitions, scenes based on audience members’ lives, and a song. We also got some groaners and dead air.

Working clean can spur creativity, but it can also snuff the id that spontaneous comedy taps. Some performers thrive this way — Rob Grabowski’s wit is quick and wide-ranging; almost as funny as his jokes is watching him try to keep a straight face as they come to him. Others rely on cheap reflex. When Bo Ling’s was proposed as a setting, we suffered through a Chinese-eat-pets shtick.

To be fair, the show I caught was hampered by audience suggestions of almost transcendent inanity. “Give me a place!” the MC called, and back came “a party. ” “Give me someone you’d meet at a party!” she pleaded, and up was coughed “a doctor. ”

Over at Full Frontal Comedy, where a deeper talent bench lures a savvier crowd, the suggestions come from a list titled Things People Shout at Improv Shows: Epilepsy! Tourette’s! Michael Jackson! Full Frontal attends to these requests with a winning zeal, but, chained to such rote material, the games are chockablock with stock types and easy laughs. Fortunately, Tina Morrison lets her company stretch with long-form bits such as “soap opera,” which elevates an audience member’s life to hysterical melodrama. For 15 minutes, Full Frontal spins absurd, satiric scenes, piling on ridiculous characters and complications, and both times I’ve seen it I’ve laughed until my sides ached. At a Fringe Fest performance a couple of weeks ago, playing a youngish lawyer from the crowd, Shelly Stewart brought the house down with her puckered face, bitchy squawk, and insistence that her files be “collated, arranged by color, lightly scented and arranged in a fan-shaped formation!”

Despite these highs, Full Frontal (like Comedy Sports) plays too many guessing games that seem more fun for them than for us. This seems symptomatic of what improv has become. Unlike most comedy, it’s not about gifted showboats scoring laughs; it’s all teamwork and trusting people, about actors agreeing with anything their partners propose, no matter how lame, and then running with it — even if it’s not getting them anywhere. For some performers it’s a calling; for others, it’s a hobby. This egalitarianism means the funniest are at the mercy of the least amusing, which makes sense in a workshop (or the corporate retreats that both groups play host to) but not before a paying crowd. We come to laugh, not to watch actors build each other’s confidence.

It’s no surprise, then, that this town’s funniest group comedy show is scripted. The Monkeys With Hand Grenades cast members write their own sketches, demonstrating in the process why group-think shouldn’t trump individual egos. These actors think they’d be funny in these bits; turns out they’re right.

The setup is familiar from other cities. The Monkeys have an hour to get through 30 original plays, and audience participation is limited to the shouting out of numbers that correspond to play titles. Beating the clock requires lots of sprinting scene changes, which results in an infectious excitement, but the important thing is the laughs. The sketches are sometimes oddball and sometimes hilarious, and they dip appealingly into dark areas. Race is a frequent topic, always handled with a bruising honesty, and the Monkeys seem fond of occasionally drawing guns and slaughtering one another. With luck, they’ll repeat the song about not being stuck on the Paseo at night.

This scripted show feels more spontaneous than improv; it also crackles with a danger that improv lacks. Instead of giving us what everyone agrees is kind of funny, such as Tourette’s or Michael Jackson, the Monkeys offer what a batch of smart comics passionately believe is funny. That makes all the difference.

The group performs only once a month; if you have any interest in sketch work, I urge you to get there this Friday. As for me, I’d like to take some Monkeys to lunch.