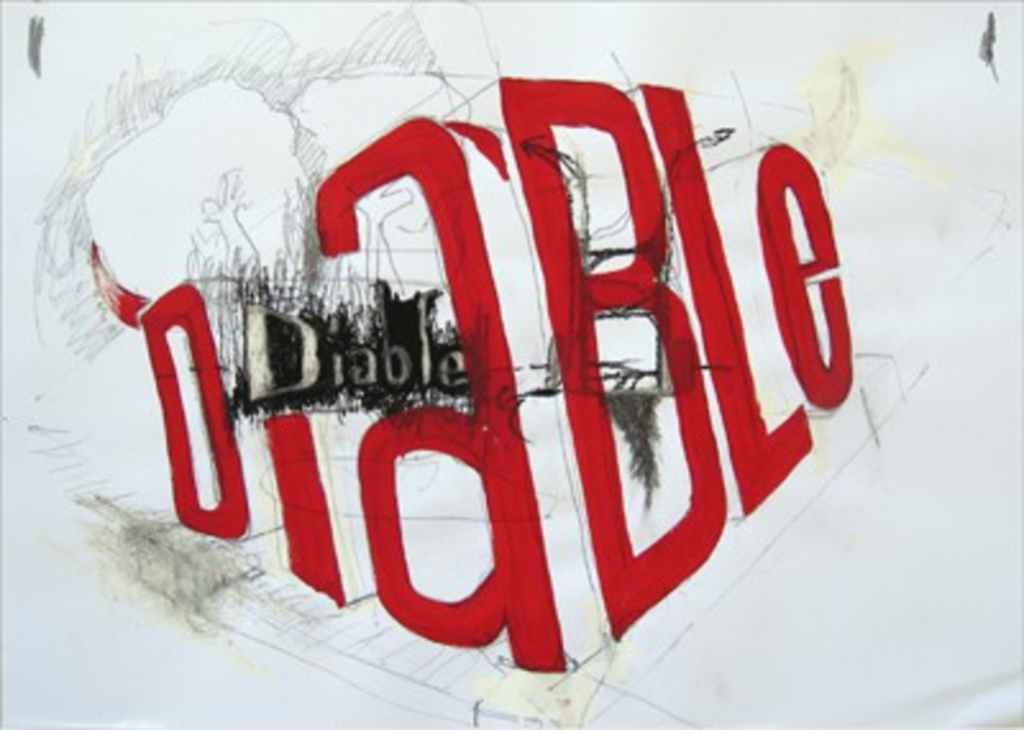 Janet Simpson, director of the Kansas City Artists Coalition, has
been supporting Kansas City artists for 20 years with humility and
diligence, often far from the public’s gaze. Her mission is to get the
artists’ works shown, not to draw attention to herself. The two artists
now exhibiting at the coalition attest to Simpson’s honed and
democratic programming.

Miguel Rivera, Printmaking Department chairman and associate
professor at the Kansas City Art Institute, invigorates the gallery
with his darkly seductive and slightly unnerving litho-ink-and-toner
drawings on paper. The works are close relatives of monoprints, but
physics introduces a disquieting effect here: Rivera has drawn with a
metal implement so that the magnetic toner adheres to his lines.
Affixed to the walls with oversized silver bolts, the paper curls away
from the vertical plane with an air of aggression and anxious tension.
Each composition is called “Sin Titulo,” Spanish for untitled,
and each embraces ambiguous forms and black shadows. Ranging in size
from 41 inches by 61 inches to 73 inches by 52 inches, the pieces share
a corporeal density that jangles the gallery space.

Manipulating the ink in spatters, dark swatches and stenciled areas
where the pale paper shows through the pigment, Rivera maneuvers the
imagery (or its lack) into fusions of absence and presence. In some
pieces, forms seem to emerge from the dark ground; in others, shapes
are subsumed by washes of dense ink. In “Sin Titulo I,” the ink travels
across the paper in liquidy blooms, like blood seeping through fabric,
allowing indistinct shapes to emerge.

According to his artist’s statement, Rivera means to examine and
reinvent Catholic imagery and the tangibility of the body — flesh
and blood being central to the liturgy. It’s not so obvious that the
work here engages the same iconography, though it’s extremely physical,
and one can interpret the hulking violence and implied
transmogrification of its scratches, rubbings and spatters in any
number of ways.

Kansas City artist Michael Schonhoff‘s Berliner
Zeitung — the name of a daily German newspaper —
emerges from his 2008 stay with Berlin’s Takt Kunstprojektraum, an
artist-run residency program. Schonhoff’s work offers an intimate
accounting of his time there. He notes, “The soft roots of my work come
from my interest in the visual language of production and rest, and the
creation/remnants of virtual/perceived borders. So Berlin was a place
for me to explore this further.”

Combining his interest in found materials with an urge for
sociability, Schonhoff includes video, drawings, sculptures from
objet trouves and a performance piece titled “Spielen Sie
Euchre?” (which translates: “Do You Play Euchre?”). His rich, complex
drawings combine doodles, journaling and wordplay, and the installation
is a natural extension of Schonhoff’s playing the card game euchre as a
young man and of his time in Berlin, where he taught it to his fellow
artists. (At a simple table, you can sign up to learn the game with the
artist on several dates.)

Reinforcing the viewer’s impression of Schonhoff’s collaborative and
curious nature is a 10-minute video in which he and artist Madeline
Stillwell engage in a strange, detritus­strewn danse
macabre. Schonhoff shuffles around, trying to push a rickety cart,
as Stillwell, dressed in what resembles a modern-day John the
Baptist-in-the-wilderness ensemble of bubble wrap and rags, pushes
things toward him as they work together toward some indefinite goal.
The piece works seamlessly within the exhibition because its
partnership between the artists reflects the essence of Schonhoff’s
autobiographical exhibition: shared experience and shared work,
stitched together with visual storytelling. Schonhoff’s diarylike
exhibition is the perfect counterpoint to — and relief from
— Rivera’s brooding aesthetic.