From the front of the house to the kitchen, KC restaurants feel a staffing crunch 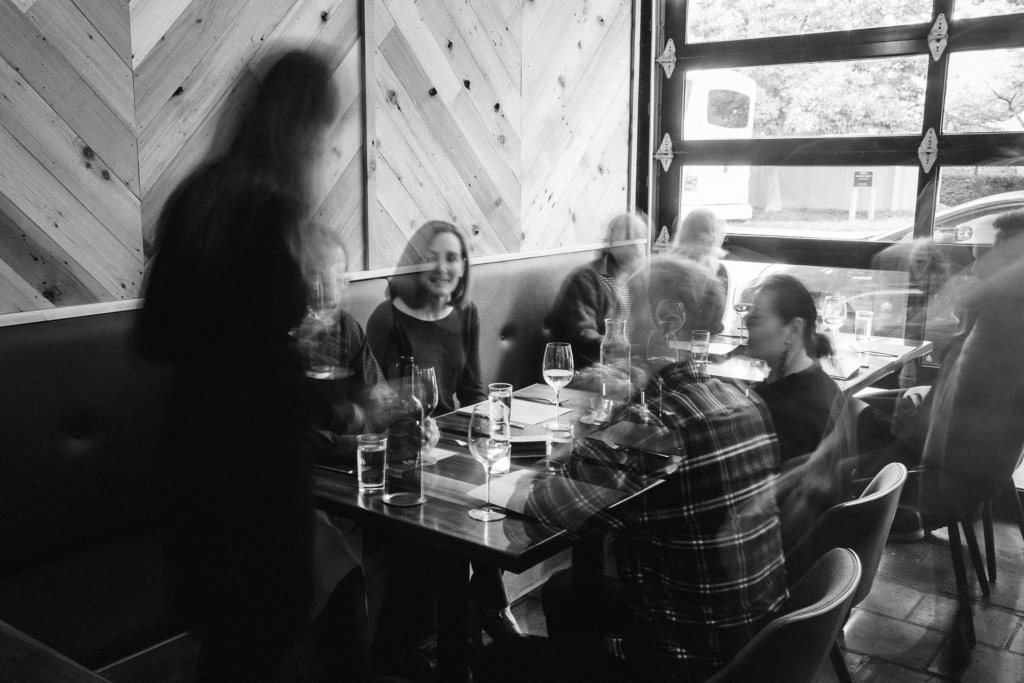 A KC restaurant owner told me a story recently about an old job: “At a previous restaurant I managed, we had a food runner who was dating a cook. The cook decided it [the relationship] was too intense and decided to pull back. At the end of the night, the chef comes upstairs and says, ‘I need you down here immediately.’ I get downstairs [into the kitchen] and … there is blood everywhere. Luckily, we quickly found out that it was fake blood.

“This food runner was mad about this cook trying to break up with her, so she brought in these packets of fake blood and sprayed it all over. We found the cook outside, so embarrassed, covered in ‘blood.’ Like, a year later, we were still finding random blood spatter. The day before, she had taken scissors and cut up his clothes and shoes and put milk inside of everything. A crazy person.

One unifying theme of restaurant gossip tends to be that old saw: Good help is hard to find. Not just front- and back-of-the house workers who don’t vandalize the premises, but well-trained personnel who want to get into business and stay there awhile.

For people who like to go out for food or drinks, talent shortages can be obvious. You might see your server outside smoking before your drinks have arrived or your order has been taken. You might order a ridiculously expensive steak, only to have it come out 40 minutes later, cooked medium well instead of medium rare. I speak from experience on both counts, yet there’s more than just anecdotal evidence of a vexing issue: Hospitality growth may be outpacing that industry’s ability to recruit and keep high-quality, motivated employees.

According to the National Restaurant Association’s 2016 data, food service in Missouri represents 11 percent of the state’s labor force, with 302,500 jobs; this is expected to grow by 9.6 percent over the next 10 years. A quick perusal through Kansas City’s food and beverage classified ads on Craigslist demonstrates that a crunch could already be here. From dishwasher to manager, every type of position is available in abundance, in environments ranging from fine dining to fast casual. Bonuses — sometimes in the hundreds of dollars — are available for certain positions, even dishwashers. From a prospective employee’s perspective, it would seem to be a buyer’s market. So where is everybody?

Leigh Ann Tubert, a hospitality-management recruiter at Horizon Hospitality Services in Leawood, estimates that demand for her services is up 30 percent to 40 percent from just a year ago. “We are certainly seeing an upswing in people contacting us,” she tells me, “because they are putting ads out there and not getting a response. There are openings, but there just don’t seem to be a group of qualified candidates.”

Tubert acknowledges the highly competitive hiring atmosphere, but she says KC restaurant owners aren’t feeling desperate when they need to fill management positions. She is now actively recruiting, but so far she hasn’t had to look outside Kansas City very often. (Most restaurants, she adds, prefer local workers.) She says her agency has seen noteworthy demand from fast-casual restaurants, a segment of the industry that has grown faster than others over the past two years and may be siphoning away a disproportionate number of people. 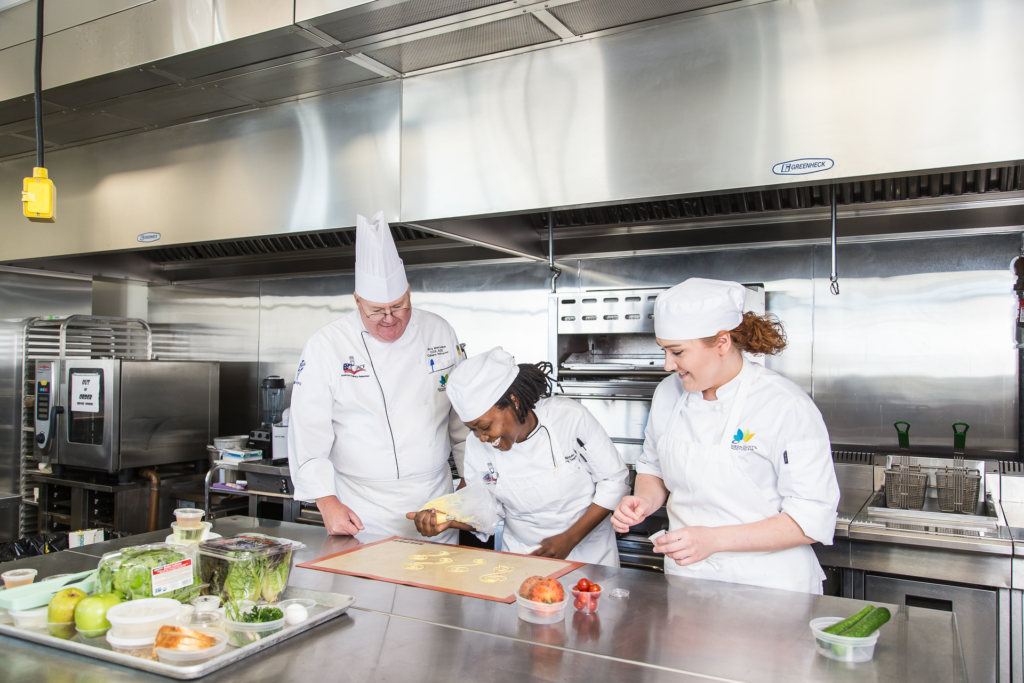 The relative ease with which Tubert says management positions can still be filled doesn’t seem to apply when it comes to cooks — particularly trained chefs.

“We are certainly at market-saturation point where there are just so many new opportunities out there and we just don’t have enough staff out there,” says Jerry Marcellus, professor of hospitality and American Culinary Federation chef-apprenticeship coordinator at Johnson County Community College. “There’s always been a high demand for graduates of the [JCCC apprenticeship] program, and there’s also kind of an issue with the industry too. There’s always been a revolving door. But as the city is expanding, the issue of finding quality help has heightened.”

Marcellus has been with the culinary program at JCCC for the past 16 years; before that, he helped open another successful vocational program, the Broadmoor Bistro in the Shawnee Mission School District. The chef-apprenticeship program at JCCC has long been popular: It pays apprenticeship wages, is tailored to a given student’s needs and involves direct training and placement in some of the city’s best kitchens (including those at Novel, Story, Rye, Jax Fish House and Oyster Bar, and Michael Smith). He says the demand for chefs is as high as he’s ever seen it, and he believes that at least part of the reason is that restaurants are no longer the only ones competing for chefs. The surge in fast-casual dining and the changing home-preparation marketplace, from Whole Foods to services such as Blue Apron and HelloFresh, have spurred grocery stores to compete. Gone are the sad doughnut cases and limp deli sandwiches, replaced by falafel counters and staff dietitians and meal kits for purchase. Hy-Vee wants chefs now, and not just one or two. So do healthcare facilities and retirement communities — where, Marcellus says, patrons expect restaurant-quality food.

“It used to be that you had chefs, and then other food outlets. But now, as these other places are hiring chefs, it lessens the amount of chefs available,” he adds. Rare might be the Food Network devotee who dreams of going to culinary school and then working at a nursing home, yet such places sometimes offer highly competitive salaries. And there are intangibles that appeal to some chefs: regular hours, little or no night work, even benefits. Health insurance and paid time off are are even in high-end restaurants but more common in the corporate structures of grocery chains and retirement communities.

“There is still a big attraction to do the big upscale style of cooking, but a lot of career-changers who have researched the industry are interested in pursuing careers in nontraditional segments of the market. One of the big attractions of those jobs are a more predictable lifestyle,” Marcellus says. 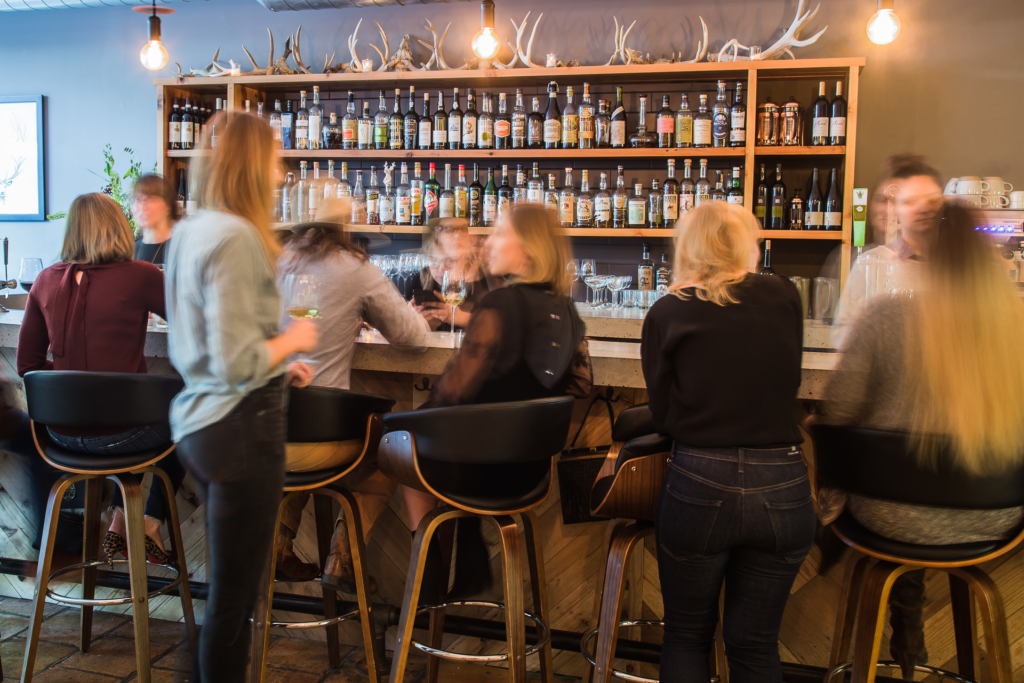 The proximity of eager JCCC students notwithstanding, smaller and more upscale restaurants often rely on word-of-mouth to bring in new staff members. Leslie Goellner, who owns the Antler Room with her husband, chef Nick Goellner, says their restaurant has been fortunate in this regard.

“Other than finding a brunch cook, we haven’t had much trouble finding people,” she tells me. “Usually, when someone goes, they can recommend another person.”

Jill Cockson, owner of the recently opened spirits bar Swordfish Tom’s (a pocket-sized space with about 15 seats), acknowledges that staffing is one of the most challenging aspects of her job, even running a business with a smaller footprint. She says a lack of experienced managers contributes greatly to turnover and other front-of-house issues that result in bad customer experiences — the kind that lead to a far less welcome word-of-mouth. 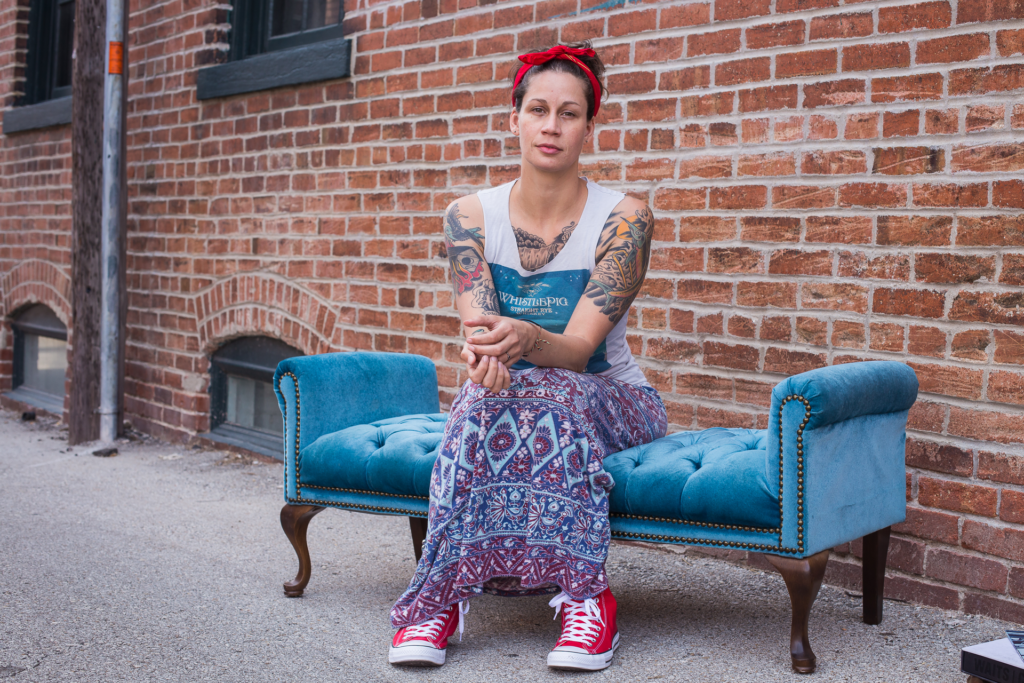 “Everyone complains that there’s no good help out there,” Cockson says. “There’s plenty of potentially great help … [but] people want to hire and then open a week later with a staff of 60, and expect everyone to be on the same page. People scoff at corporate or chain restaurants, but there’s a reason that they’ve been able to scale and grow. Part of that is providing a training curriculum that provides consistency and brand identity to their staff, and having staff understand their vision.”

The traditional model of promoting servers and bartenders to management positions doesn’t necessarily prepare someone for her new responsibilities, either — which, she warns, can lead to a cycle of ineptitude. “Because there’s a lack of available help [across the board],” she says, “there is a lack of qualified managers to develop adequate training curriculums.” (Cockson also points out an often-cited problem: industry-wide low wages, which contribute to high turnover, burnout and other staffing problems.)

Meanwhile, 2017 has brought an array of new bars and restaurants to the metro, with more slated to open throughout the fall and winter. Hospitality is a profession that seems poised to remain at high demand. Especially for hard workers who aren’t into fake blood.