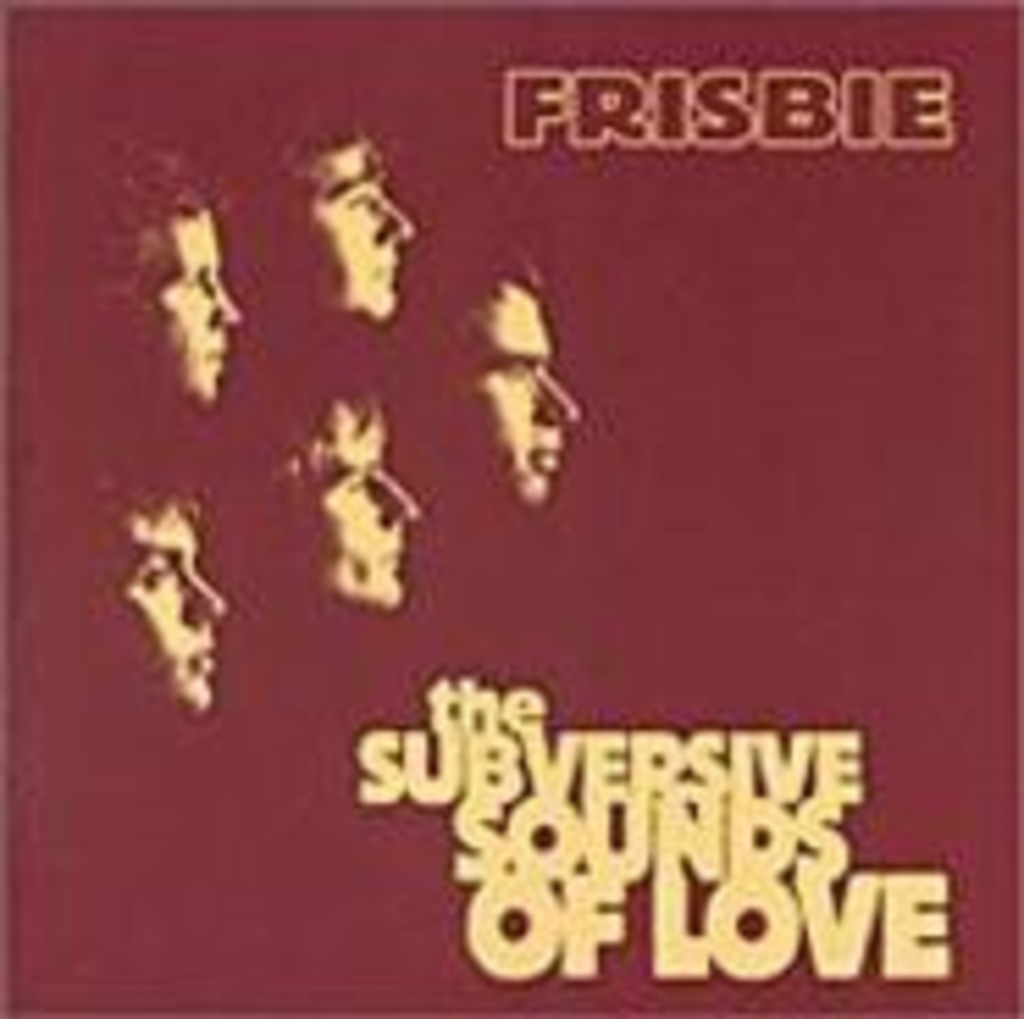 There’s really nothing subversive about Frisbie’s debut effort, The Subversive Sounds of Love, although releasing a pure, prefix-free (not teen-, power-, or punk-) pop album counts as an act of mild rebellion at a time when such records are a rarity. Calling listeners to attention with a rousing let’s go at the beginning of “Let’s Get Started,” the band urges in unison, Let’s get started again/Set the clocks at the same time. The lyrics rarely get deeper than that puzzling sentiment, but that’s just fine because most of the time they’re all about two of the most important things in the world — girls, and girls who don’t dig you as much as they should. The enthusiasm for the former and the longing for the latter is refreshingly clear in Frisbie’s three-part harmonies and trumpet, which nicely complement the two guitars, bass, drums, and keyboards. The Subversive Sounds of Love is certainly (and thankfully) not quite of the moment, but it’s sincere and sophisticated enough to stand out in the current substance-deficient pop climate.