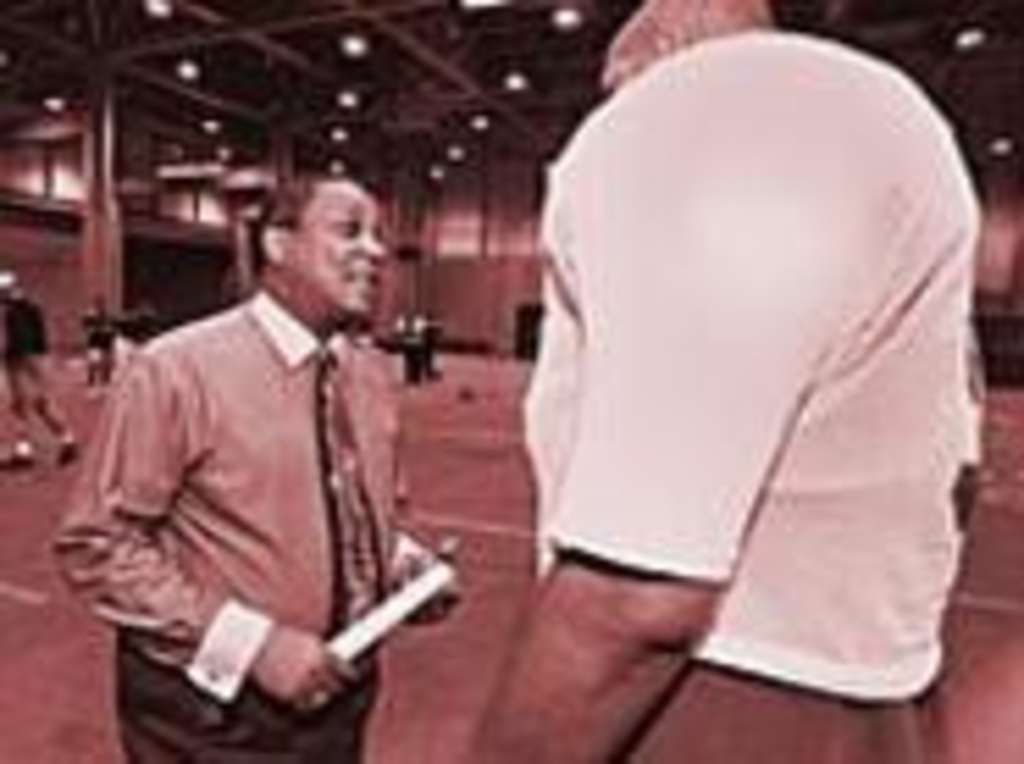 “Everybody always asks me, ‘Is it like PCU (Politically Correct University)?’ and I say, ‘No, we actually practice,'” says Paige Bridgers.

Unfortunately for Bridgers and the rest of her Ultimate Frisbee team from Boulder, Colo., the 1994 box-office hit PCU portrayed Ultimate Frisbee as a sport where the ability to smoke pot and have a disc-snagging dog on the roster were the only things needed to excel.

“Everybody thinks about dogs and drugs when they think about Ultimate, and we’re trying so hard to get rid of that,” says Will Spotts, the president of KU’s Ultimate Frisbee team, the HorrorZontals. “It’s an easy game to like. If more people knew about it, I think it would just explode. It’s already 30 years old, and there’s already hundreds of college and club teams around the nation.”

For proof of Spotts’ statement consider that 34 teams from 10 states gathered in Lawrence the first week in April for a somewhat laid-back celebration of the sport — the 19th annual “Ultimate Fools Fest.”

“This is not a qualifying tournament; this is just fun. We’ve got some crazy rules,” says Spotts. “Spirit of the Game (a game within the event) is huge. There’s not a single referee out here. Everybody calls their own fouls and works out their own disputes.” And in the eyes of the HorrorZontals’ captain, that rule makes all the difference.

“It seems to work pretty well; there’s always people trying to get away with stuff. In soccer, you’ve got a ref, so you got people pushing and holding, but this is better,” says Spotts. “Ultimate is a superior game, as far as I’m concerned, because of that element if no other.”

Spotts also loves the game because it doesn’t require exceptional athletic skills to excel. “I’m no sprinter. I’m no high jumper. I’m no scholarship athlete, but you don’t have to be to play this game. You gotta be a little bit smart and love to run around a lot,” he says.

In a game with no coaches, these college teams rely on upperclassmen who have been around the block a few times to show the young guys the ropes. And “Cornfed,” the University of Nebraska Ultimate team, is the favorite in this year’s Fools Fest.

Cornfed captain Brian Rupert says that after a few down years the team now has the experience to take the field by storm. That experience comes from weekend road trip after weekend road trip around the country. “We go to a lot of tournaments, and this is one of the most fun ones. When you win, it makes it even better,” he says.

A recurring trend at these weekend Frisbee festivals is a massive Saturday night bash, designed to build camaraderie and level the playing field the next day. “People are a little groggy Sunday morning usually, but we’ll have practices where we drink a little to get adjusted,” says Rupert.

University of Iowa graduate student Mark Lubbat says the traditional party is the perfect capper to an Ultimate weekend. “After playing four or five games on Saturday and then going out, it’s like, ‘Bluuuhhh!’ But it’s fun; it’s a good part of Ultimate because there’s so much camaraderie. There’s always a party and teams are pretty cool about it.”

Teams from around the region frequently cross paths with one another at tournaments throughout the Midwest, and, Lubbat says, especially at Fools Fest, there’s as much joking as there is serious play. “We play Kansas and Nebraska here, teams we’ve played for years. We know guys on those teams, so whenever we play it’s just fun and we joke around,” he says.

Even if the college playing days are over, Spotts says, Fools Fest caters to those moving on a bit in years. “There’s a HorrorZontal reunion team that gets together for this every year. We got 16 guys to come back from different generations who wanted to play.” And Spotts says that keeps the camaraderie going beyond the college days “because you keep seeing the same guys year in and year out.”

That love of the game means long road trips and a lot of lost weekends for these Frisbee fanatics. Lubbat’s University of Iowa team, for instance, hits a couple tournaments a month, from the East Coast to the Gulf of Mexico. “We have a problem getting the younger guys to come along. It’s all us older guys who hit the tournaments, and that means I do a lot of the driving. We have two cars for 10 guys, which kind of sucks, but we’re all friends, so we have a good time,” says Lubbat.

Another group making a multihour drive to Lawrence is Ajuua from Boulder, one of the 10 women’s teams participating in Fools Fest.

Kim Elkins says the team was formed only in the days prior to event but that it fared well and the women had a lot of fun. “We weren’t too serious, but we have more fun when we play well and when we play hard,” she says.

To a man (or woman), the competitors at Fools Fest preached the values and joys of Ultimate, hoping to spread the good word. “It’s an awesome, awesome sport,” says Bridgers, a member of Ajuua, “mentally and physically, and it brings the spirit of fairness back into people’s lives. It’s just a great sport all over.”