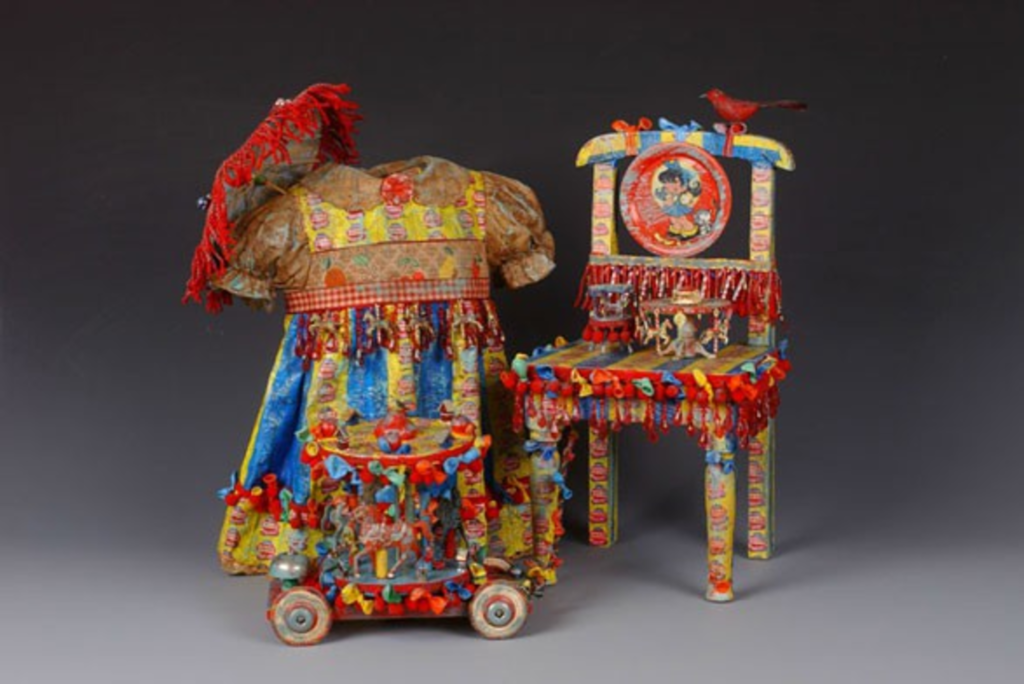 The Lawrence Arts Center plays host to not one, but two art openings tonight. Both openings run from 7-9:00 p.m. First, you have Lynda Andrus‘ “Unwrapping the Past.” The artist describes her pieces thusly:

My pieces are created from vintage fabrics and thrift store finds. The materials express subtle tactile qualities of past experiences and make everyday objects take on a sense of the sacred. Nostalgic sentiments emanate from textures of worn cloth, discarded candy wrappers, dishes, toys, and other found objects from the home. These materials become precious links with those who have handled them.

There is also Shawn Bitters‘ “To and From.” Bitters is an Assistant Professor of Art at the University of Kansas. From the work extant on his website, it’s difficult to determine what he’ll be presenting, as Bitters’ pieces run the gamut from photography to screen print to transitory sand installations.

Both Andrus’ and Bitters’ exhibitions are viewable through February 6.

On Saturday, from 3-5:00 p.m., Aimee’s Coffeehouse in Lawrence plays host to L.A. Fahy. The singer/songwriter will take suggestions from those in attendance, and create songs from said suggestions to make songs right there. Much like all improvisation, this has the potential to be a total trainwreck, but Fahy’s a weathered veteran and should be able to take any ridiculousness you may throw his way. 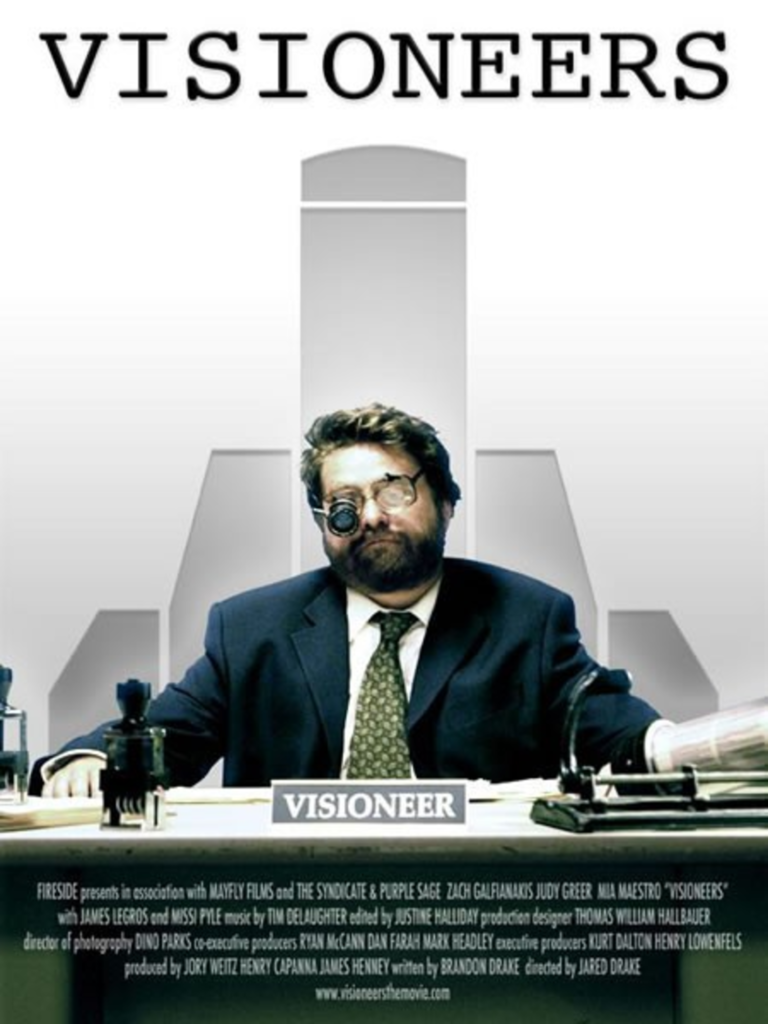 Saturday night in Kansas City, at the Savvy Coffee & Wine Bar, you can see a screening of Visioneers, starring Zach Galifianakis. The Pitch’s Barry Anderson describes the film:

In 2008’s Visioneers, the feature debut of filmmaking brothers Brandon and Jared Drake, beard-of-the-moment Zach Galifianakis plays George Washington Winsterhammerman, a low-level worker at the fictional Jeffers Corporation. The near-futuristic workplace values productivity above all else — so much so that its workers literally blow up. Threatened by the prospect of spontaneous human combustion, George is forced to examine his complacent, banal life.

The film starts at 8:30 p.m and is followed by a dance party with DJ Mark Jones.