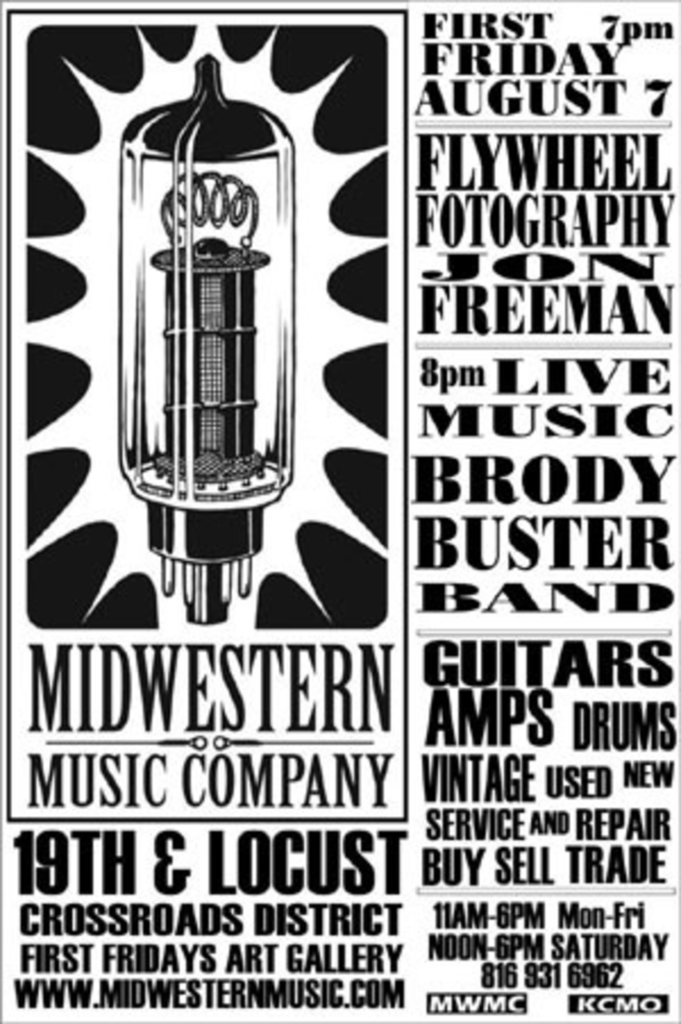 There are scads of things to do this weekend. Your decisions will be tough, but you’re guaranteed to be entertained no matter what. I’ve divvied up things by type to make them a little easier to figure out.

First Friday musical stuff for you first. Hearts of Darkness plays in front of Mid-American Arts Alliance, 2018 Baltimore Avenue, at 7pm as part of LIVE! in the Crossroads concert series. The Brody Buster Band plays Midwestern Music Company at 8pm.

Just over from the Crossroads at the Power & Light District is this week’s Friday Night Live concert with Perpetual Change, a cover band “specializing in recreating the sounds of the ’80s & ’90s with a few originals thrown in as well as a few from the 00’s.” The show starts around 9pm, and as per usual is 21 and up.

The Douglas County Fair is this weekend, as well. Tonight, Sierra Band plays from 8-10pm, Black Top Area, and Rural Route 4 plays 7-10pm on Saturday. Both bands perform in the Black Top Area just south of the 4-H exhibit building.

And, while it’s not free, tonight’s demolition derby is always fun if you’re a fan of loud noises and things ramming into another at high velocity. If you’re willing to see some more loud machines, the McLouth Threshing Bee happens Saturday at 10am and 2pm with steam-powered threshing machines, as well as an AWESOMELY named “parade of power” at 1:30 pm. 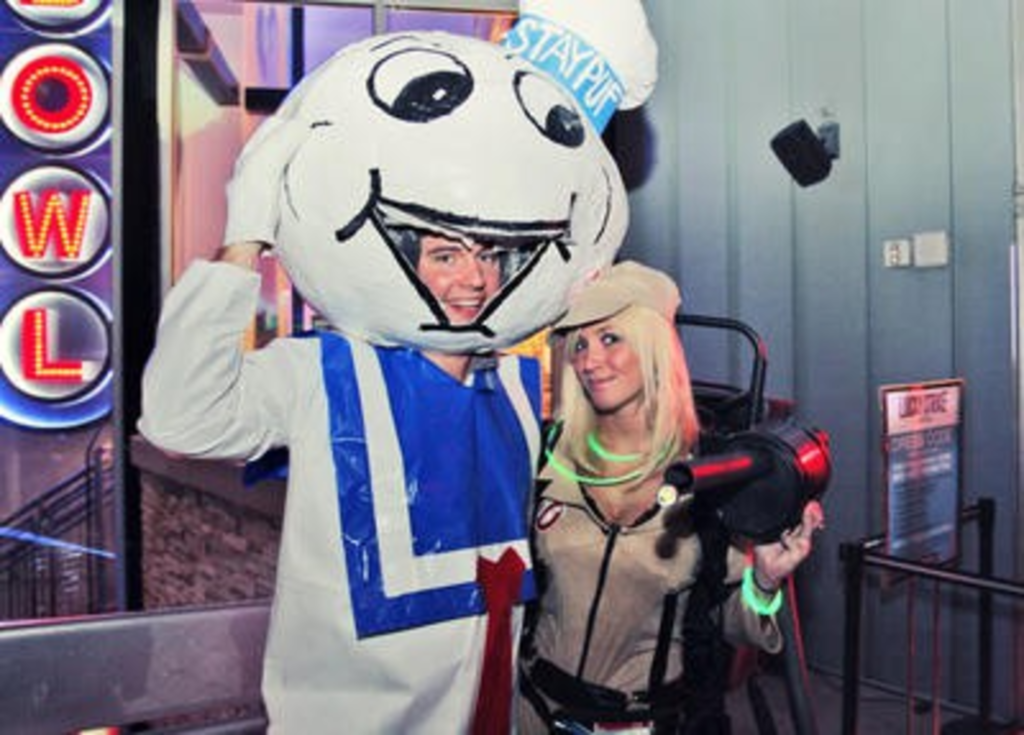 Free movies this weekend include The Wizard of Oz as part of Crown Center’s Friday Night Flicks. Also on Friday, the Kansas State Historical Society wraps up this year’s Sundown Film Festival with Raiders of the Lost Ark on the wall of the Kansas Museum of History, 6425 SW 6th Avenue, in Topeka. The museum also offers free admission from 5-9pm as part of the whole shindig.

Saturday night at Budd Park, St. John and Brighton avenues, is Hotel For Dogs, and Sunday has Ghostbusters at Goin’ To Kansas City Plaza at The Paseo and 12th Street. Crap — if I didn’t have to work Monday morning, Ghostbusters outside would be totally cool. All films start around sundown (9pm or so). 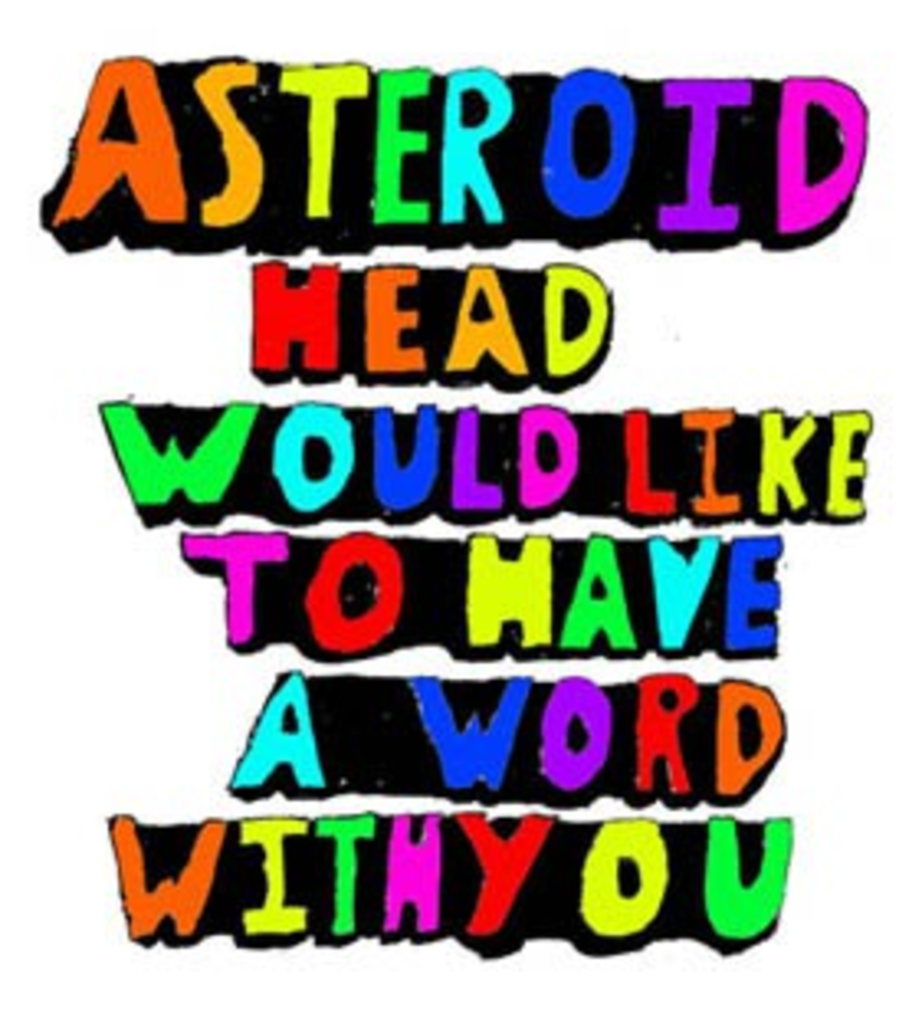 Last, but not least, comes Saturday’s “Asteroid Head Would Like To Have A Word With You” opening at Wonder Fair Art Gallery in Lawrence. The show features 64 new works on paper by Lawrence’s Asteroid Head Art Club. The evening will certainly prove to be far out fun for the whole family as the A-Head Gang will be welcoming each and every visitor with a nice word and a cheerful grin. All Wonder Fair guests that night will be entered into a very special drawing, with winners announced every half hour on the half hour. Other scheduled events include “The Word Party Rap” performed by Asteroid Head, Pin the Word on the Word, and The Word World Mystery Tour. These kids are fun, and you might find yourself passing out from the whimsy. It runs from 6-9pm.