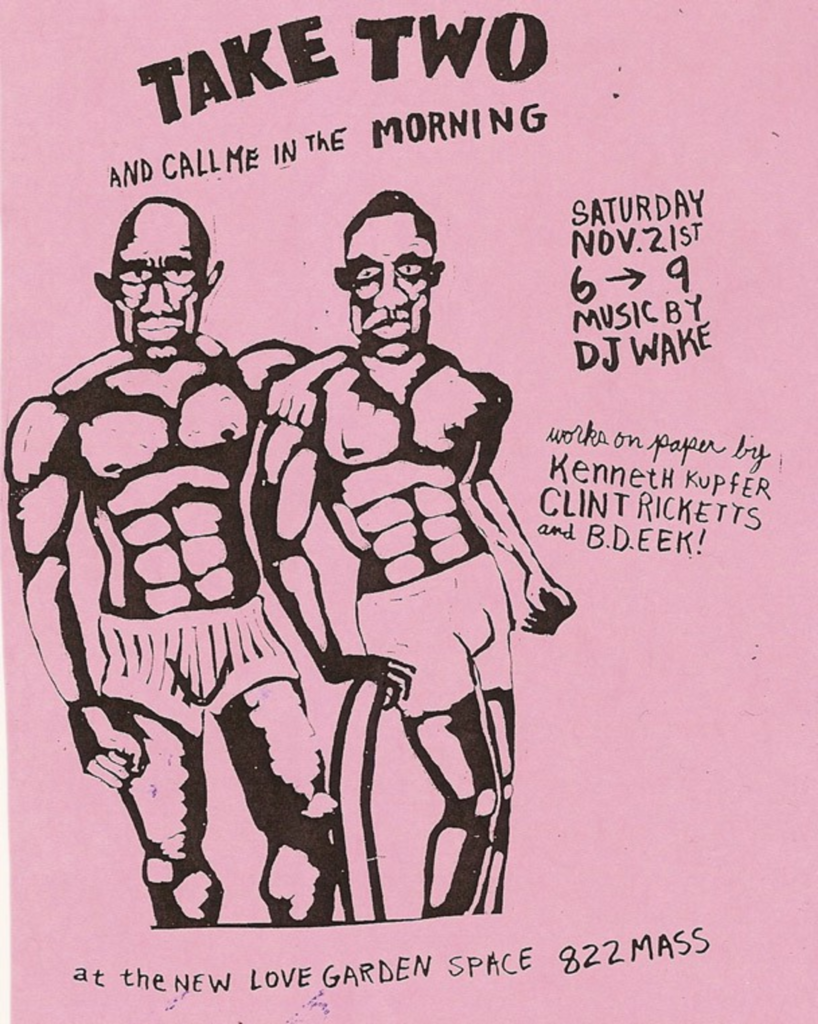 If you want to see some holiday lights kick on, and want to avoid the hell of the traffic, crowds, and general insanity that is the Plaza lighting ceremony on Thanksgiving, hit up the Zona Rosa Shopping Center at 7 p.m. on Saturday night. There will the arrival of the Fairy Princess (a Kansas City tradition, revived from the days when she used to appear at Kline’s department store), as well as the arrival of Santa, and carolers. There’s plenty of stuff for the kids to do, as well.

If you’re wanting something a little less straight-laced, there will be the opening for “Take Two and Call Me In the Morning” at Lawrence’s Love Garden Sounds (new location at 822 Massachusetts). Artists Kenneth Kupfer, Clint Ricketts, and b.d. eek will show works on paper at this event. Kupfer also has work right across the street at Wonder Fair. A whole pantload of info on the event can be found at the Rathaus.

By the way: if you’re not reading the Rathaus, you’re missing out on one of the best sources of information about Lawrence art out there. They cover national stuff, as well, but if you want to know what’s going down in the hipper parts of the art scene, hit it up. We should really be referencing them more often.