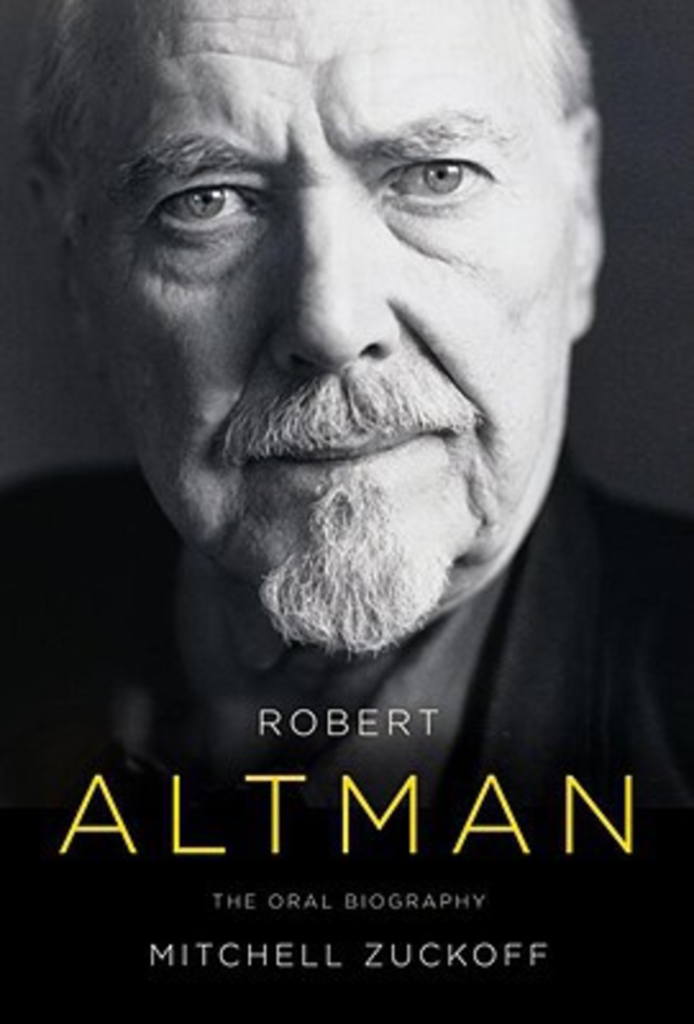 In Mitchell Zuckoff‘s Robert Altman: The Oral Biography (Alfred A. Knopf, 560 pages, $29.95), Altman tells the author that his motto is “Giggle and give in.” But this thick, frustrating book — rich in anecdotes and grudges, richer in defenses of its subject, but only intermittently revealing of Altman’s technical mastery — offers little evidence that the iconoclastic director, who died in 2006, did much of either in his long career.

The Boston University journalism professor doesn’t explain how he met Altman, but in his introduction he makes no secret of his admiration: “There’s no way to replicate in print what Bob accomplished on film and in life, but an oral biography seemed the next best thing. I hope he’d agree.”

Whether Altman, by turns a grumpy alcoholic and a gleeful joker, would have admitted liking the book doesn’t much matter. With its nearly 200 participants, it doesn’t lack for insight, and Zuckoff has managed to tap into the essence of Altman’s films: a cacophony of voices, some raised in disagreement, harmonizing most clearly when the news is dire. And dire the news often is, even when Altman should be triumphant. By the time he succeeds, 20 years into his career (the telling of this early period spans 150 pages here), with M*A*S*H*, the director feels so affronted by the studio process — the screenings, the executives, the demands, the missing profit points — that he forever after swears off cooperation with any part of it.