Freshwater, serving regional, sustainable fish, washes up in midtown next month, plus the week’s restaurant events 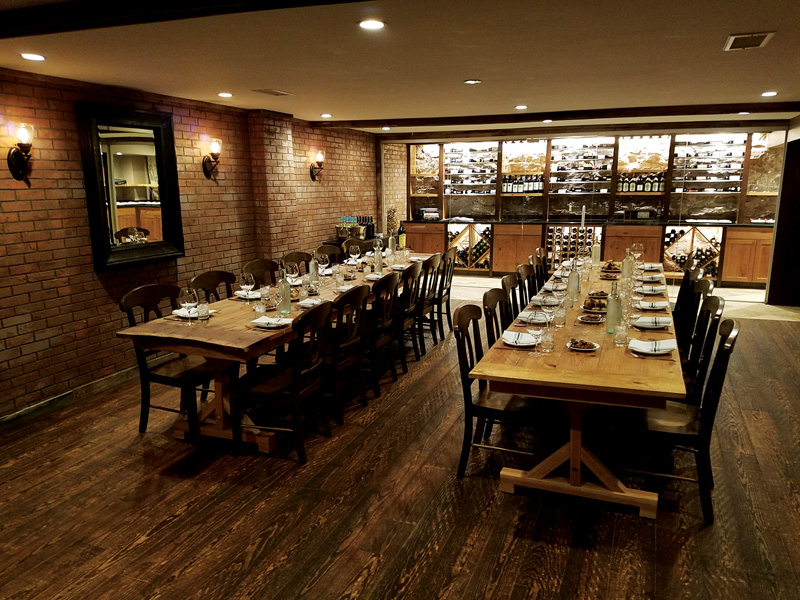 Sustainable, regional fish would be a surprise culinary obsession for any KC chef — let alone the grandson of KC Masterpiece founder Rich Davis. But Calvin Davis says his love of freshwater fish — now in abundant variety thanks to new channels of farming and cultivation — has a lot to do with his upbringing.

“I grew up on Stockton Lake, fishing and eating freshwater fish,” Davis says. “I’ve always felt it was underappreciated.”

With Freshwater, the midtown restaurant he’s opening in March at 3711 Summit, proper respect may at last be at hand for catches closer to home than salmon and tuna. And Davis’ CV suggests that if anyone can make such an idea work here, it’s him.

After high school, Davis attended Missouri State University working as a self-employed caterer and the manager of a wine program at a local country club. Deciding he wanted to focus more on food, he moved to New York to attend the Culinary Institute of America. He interned in Miami and then, back in KC, worked for Gram & Dun, Milieu, Local Pig and Local Pig Westport, before landing an executive position at New Orleans restaurant Marti’s. He spent two years at that Parisian-inspired brasserie in the French Quarter.

Davis eventually returned to Kansas City, where he started a series of pop-ups under the name Freshwater, as well as pop-ups with chefs Mickey Priolo and Rick Mullins as a part of Soil Collective. During one such event last year, at Powell Gardens, Davis was approached by an investor; the long-gestating idea of Freshwater as a brick-and-mortar restaurant began to move forward.

He describes the approach to the menu as modern European, using locally sourced ingredients. He plans to offer land-based proteins, as well as a number of vegetable-centric dishes, including a dish he calls Potato & Allium — a potato purée, fresh potato chips, vidalia onion prepared two ways, pickled shallot and rosemary.

“The initial concept was doing freshwater fish, but it’s now about 25 percent of the menu,” Davis says. “The only fish we will use is freshwater, as locally and regionally sourced as possible.” A typical Freshwater dish: rainbow trout, seared to a crisp on the skin side and served with celeriac purée, vegetables jardinière, pea tendrils and almonds.

Davis says he’s conscious of his prices; he wants Freshwater to be affordable.

“The idea is, no matter what experience you pick, you’ll get your food and two to three glasses of wine for about $40 to $50,” he says. There will be a tasting menu, but he’ll generally avoid expensive or trendy ingredients such as truffles, foie gras and lobster. “Really what most people go out to eat for is the chef’s preparation of food,” he says. “There are a lot of things you can do with off cuts of meat and different butchering techniques. You can make something great out of a potato. Most of all, it has to be delicious.”

The same idea fuels his wine program. He plans to offer lesser-known European varietals, available at lower prices because, he explains, many European winemaking families have owned their land for generations and don’t have to pay the mortgages that many California winemakers must. No glass of wine will cost more than $10, he tells me, and bottles will range from $15 to $30.

Davis plans to open the doors in early March, in the space formerly home to Conveniently Natural. The restaurant will seat approximately 60, counting the bar, the dining room and a communal table inside the kitchen.

At Taste (6201 Oak, the wine cellar and events space below Plate) tonight at 7 offers a wine-tasting chef’s dinner. Executive chef Brian Mehl is presenting a four-course meal paired with a variety of wines, including Sassasica, Gaja, Ornellaia, Caymus, Peter Michael and more. The dinner is $300 per couple (not including fees or gratuity), with tickets available via Eventbrite.

Skip the Valentine’s crowd and get your romantic meal a night early. Bluestem (900 Westport Road) knows how to make a night special, and is keeping the doors open a little later than usual, until 11 p.m. The restaurant is streamlining its menu, offering only its three-course setup for $75 a person, exclusive of drinks, tax and gratuity. The bar menu remains available in the lounge. Call 816-561-1101 for reservations.

Valentine’s Day is for lovers — of surf and turf, judging by various local restaurant specials. Those seeking a different experience might instead sign up for the Neapolitan pizza-making class at 1889 Pizza Napoletana (2876 West 47th Avenue, Kansas City, Kansas). You’ll learn how to make and shape dough to achieve the desired texture of true Italian-style pizzas, and then get tips on flavor combinations for toppings. Tickets are $100 per couple and include the pizza instruction, a shared plate, two salads, your pizzas and dessert, as well as a bottle of wine and a champagne toast. Call 913-608-5889 to reserve your spot.

At Le Fou Frog (400 East Fifth Street), Mano and Barbara Rafael offer a menu they say is full of “aphrodisiacs.” Pastry chef Carter Holton, who recently returned to the restaurant, has created a Valentine’s Day dessert menu that will be served through the weekend, and his naughty heart cookies go for $5 each beginning on February 8. Call 816-474-6060 for reservations.