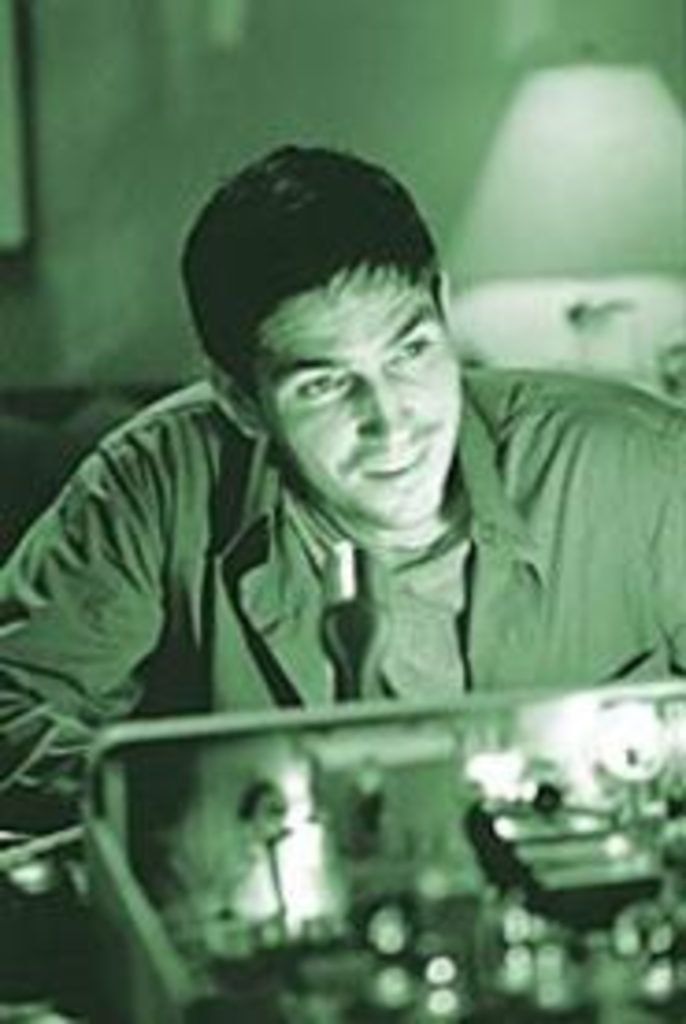 It’s usually best not to think too hard when watching movies about time travel. This is especially true when they deal with drastically changing things in some way; if even the smallest actions can alter the future, then what radical differences might there be if someone lives who was supposed to die or someone gets caught committing a crime they were supposed to get away with?

These are just a couple of the questions raised by Frequency, which isn’t about time travel per se but about communication across time and the impact it has on one family. Jim Caviezel (The Thin Red Line) plays John Sullivan, a Queens cop whose fireman father, Frank (Dennis Quaid), died in the line of duty in 1969. Playing around with Frank’s old ham radio one night, John finds himself actually talking to his dad 30 years in the past, just before his death. Once John convinces Frank of his identity, he starts sharing information that alters history, first for his father, then for his mother, who becomes the target of a serial killer. John and Frank both race against time, each man doing what he can in his own reality to change events in the other.

Most of the way through, Frequency is one of the better examples of this genre, twisting around in clever ways that show how seemingly meaningless actions can affect a person’s life forever. Director Gregory Hoblit (Fallen) and screenwriter Toby Emmerich (the brother of co-star Noah Emmerich) make sure the story has a solid internal logic, keeping the audience guessing without opening up too many gaping plot holes. There are plot holes, of course, because even Stephen Hawking couldn’t write a story like this that makes perfect sense, but the film remains engrossing and fast-paced enough to overcome those flaws.

For an hour and 45 minutes, at least.

From that point on, it just falls apart. And not in a tacked-on, “we-had-to-end-it-somehow” kind of way but in a spectacular “we-forgot-how-to-make-movies” kind of way. The problem starts with the resolution of the serial killer plot line, which defies even the twisted logic of time-alteration stories. That alone would be disappointing, since the whole movie hinges on it. Hoblit and Emmerich don’t stop there, though — they have to include a final sequence so astoundingly cheesy, it makes a Norman Rockwell painting look like South Park.

The rest of the movie almost makes up for these missteps, which is a lucky thing. If what came before it wasn’t so good, that ending would be enough to sink the whole film. Viewers can be expected to suspend disbelief for something like Frequency; they shouldn’t have to suspend intelligence too. (PG-13) Rating: 7

Best of Kansas City 2021: The Black Pantry is at Martini Corner with open arms