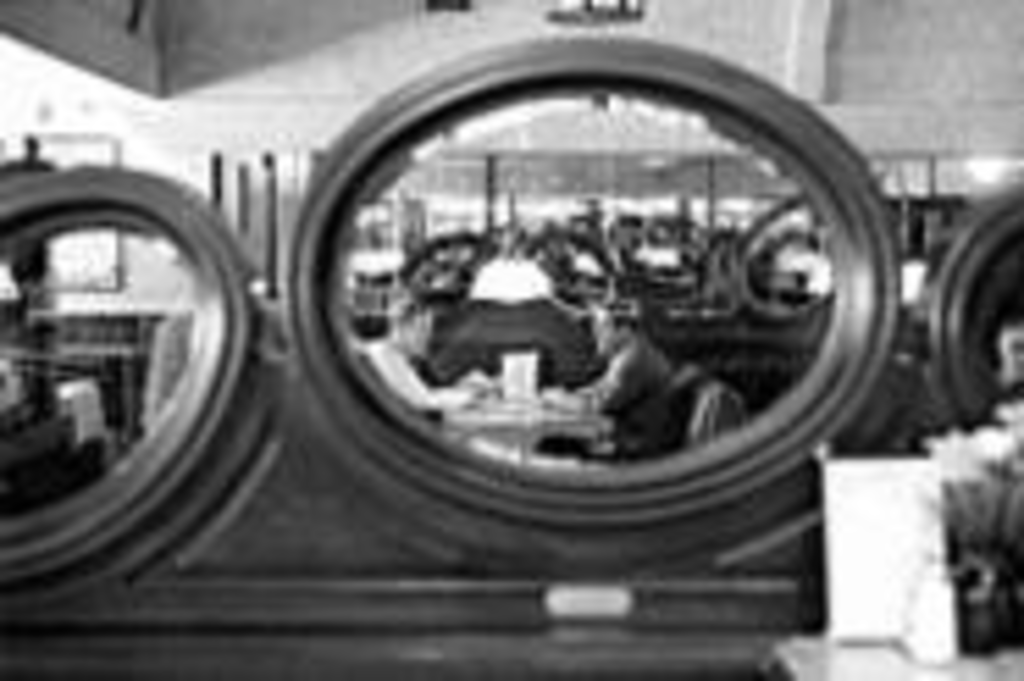 Over the past few years, the Country Club Plaza’s building boom has created a handful of restaurants so lavish in decor and scale — The Cheesecake Factory, McCormick & Schmick’s, The Capital Grille — that the older residents of this increasingly touristy district are starting to look shabby by contrast. And in the case of Fedora Cafe & Bar, time has taken its toll on a restaurant that once was as sexy and vibrant as Nicole Kidman in Moulin Rouge. Eighteen years after its brass doors first swung open, the restaurant is now a poorly aging doyenne, desperately in need of a face lift and a dose of vitality. Fedora is faltering at every level: food, service, style.

The restaurant is scheduled for a freshening up, if not a complete beauty makeover, says assistant manager Angela Dunbar. She doesn’t know what the new color scheme will be — just that new napkins and table linens are planned. And not a moment too soon: Seated in a booth for one meal, I spotted no fewer than three seriously stained tablecloths — one looked as if it had been run over by a car. My mended napkin looked only slightly younger than the Shroud of Turin.

Hell, we’re all getting old. During one visit to Fedora, I realized I had socks older than my server, a soft-voiced wisp of a waitress who probably was still a toddler when the home-grown Gilbert-Robinson chain dominated the Plaza with a sextet of wildly popular restaurants: Along with Fedora, there was the Bristol, Plaza III, Annie’s Santa Fe, Houlihan’s Old Place and Fred P. Ott’s. Fedora — during the Reagan years, anyway — was the liveliest of the lot, its bar packed every night with Kansas City’s young, beautiful movers and shakers, swilling martinis and goblets of wine as they giggled, cruised and connected.

But the company once known as Gilbert-Robinson is long-gone, and so are the movers and shakers who clambered into that tiled bar. Originally designed to be a French-inspired bistro in the style of, say, La Coupole or Cafe du Dome in Paris, Fedora is now a visual and culinary oddball. The kitschy paintings — provided by the restaurant’s current owner, the Haddad Restaurant Group — which glitter with globs of metallic paint, are as distinctively Midwestern as chef Chris Deaton’s menu. He mixes up Cajun, Southwestern and quasi-French cooking styles (pommes frites with the filet mignon!), with an occasional continental-American number, such as 210 Beef Oskar.

I ordered that dish one night, since I’m a fan of the more traditional veal version (named for Sweden’s King Oscar II), which is typically topped with crabmeat and béarnaise sauce. Fedora uses beef filet instead of veal, gulf shrimp instead of crab. It sounded wonderful and might have been, if the filet hadn’t been chewy, the béarnaise gluey and the shrimp barely lukewarm. During that same meal, the harried waiter practically shoved a Greek salad in my direction as he raced to plop food at another table. His service style was not unlike the salad: helter-skelter and dull. The salad was a hodge-podge of Bibb lettuce in a watery lemon-oregano dressing laden with a pile of crumbled feta cheese, slices of purple beet, a few rings of Bermuda onion and far too many grape tomatoes, which rolled around the plate like marbles.

I’d been waiting for that salad for more than fifteen minutes, so I was hopeful that a loaf of Fedora’s signature crusty bread might arrive soon after. But it didn’t. Ten minutes after I finished my salad, the waiter, who had barely acknowledged my existence as he dashed madly from table to table, stepped up with a pinched smile and said, “They just took the bread out of the oven.” A minute later, Dunbar brought over the round loaf, hot and wrapped in one of those tired old napkins. “At Fedora, we don’t cut our bread,” she explained in a comforting manner. “We crush it.” With that, she pressed on the loaf and stepped away. “Now you can pull off pieces of it.”

I exchanged glances with a young couple at a nearby table who rolled their eyes. “At least you have bread,” their nonverbal message said. “We’re still waiting for a server.”

And this was a weeknight, not a bustling weekend. I had better service on a different night, with a waitress who looked like Reese Witherspoon but lacked that blonde’s gumption: She was too shy to steer me away from two awful choices: a rotisserie Indiana duck and a blah Key lime dessert tart — even though on a later visit, she whispered that she wasn’t a fan of the Key lime tart.

I’m less of a fan of the greasy, flavorless duck, served alongside a puddle of a dark amber sauce that was billed as “Seville tangerine” but had not a trace of citrusy sweetness. In fact, it tasted like hoisin sauce. Still, it was edible, unlike the sticky mound of overcooked wild rice or the cooked “medley” of squash, pepper and onions that had been stewed down to a mushy glop, or a few spears of asparagus that had been steamed so long they were practically molten.

My friend Bob had wisely chosen the Bistro Cobb salad. Big enough for two, it was lavishly heaped with slices of grilled chicken breast, a tidy mound of crumbled bacon, wedges of avocado and tomato and a zesty, creamy herb dressing. Bob loved it and was even a bit delirious over a goblet of fresh raspberries swimming in a fluffy crème anglais. If only I had been as entranced with my Key lime tart, a dense little disk of pale yellow custard in a thick pastry shell surrounded by a pool of neon-green “Key lime anglais.”

It’s safer to stick with the old standbys, on both the dinner and the dessert menus. The cracker-crust pizzas, for example, are still terrific, their light and crispy crusts just substantial enough to bear the weight of fresh tomatoes, pesto and a blanket of melted cheese. The garlicky roasted chicken is a standout as well. And the lovely crème brulée — the one perfect Gallic creation left on the ersatz “eclectic” menu — is luxuriously smooth under a crisp shell of topaz-colored melted sugar.

But even longtime favorites are looking odd. The paper-thin slices of pink carpaccio were dusted with enough Parmesan cheese to fill a couple of pizza shakers. And something’s happened to the tartufo, a ball of ice cream rolled in white chocolate “shavings” — what were once papery slivers are now unappetizing yellowish clumps. I’ve seen Dairy Queen cones with more panache.

I’m not sure when Fedora went from being the Nicole Kidman of local restaurants to the Cafe Zsa Zsa Gabor, but unless the Haddad Group does something to reverse the aging process, this once-beloved classic is going to lose more than its looks.